Most will have heard Joyce’s most famous quote about pubs – it being the moment that Leopold Bloom envisages a puzzle whereby one would try to cross Dublin without passing a pub, but his involvement with pubs doesn’t stop there. Joyce was said to have had argued with publishers over the inclusion of pubs in ‘Dubliners’ even at one point offering to get the go ahead from the publicans themselves adding that they would be ‘glad of the advertisement’.

So without further ado, let’s get down to the pubs. We originally compiled this crawl in conjunction with fundraising efforts that were being undertaken by Sweny’s Pharmacy – a 172 year old premises which features in Ulysses – to this day it remains mostly unchanged from the days when Joyce would have visited and conjured up the initial image of Leopold Bloom stopping in for his wife’s face lotion and his lemon soap.

With this crawl we had two main criteria in mind. Firstly and compulsory is that the pubs on the crawl are mentioned in the writings of James Joyce. Secondly is the idea that these pubs retain some of the character that they once had in the early 1900s – this is more so a desirable quality rather than a necessary one.

This pub is probably regarded as the ultimate Joycean watering hole in Dublin, and no James Joyce pub would be complete without it. Featured in Ulysses, Leopold Bloom stops in and orders a glass of burgundy and a Gorgonzola sandwich.

“He entered Davy Byrne’s. Moral pub. He doesn’t chat. Stands a drink now and then. But in leap year once in four. Cashed a cheque for me once.”

Truth being told, we put this one first to get it out of the way. It’s not one of our favourite boozers, it’s pricy and a bit too plush for any proper comfort. It contains little or none of the visual characteristics it would have had in 1904.

But it’s carved out its niche as a cornerstone of Joycean Dublin by retaining the original name and purveying cheese sambos and glasses of burgundy to Bloom wannabes all year round.

Known as Ruggy O’Donohoe’s at the time of Ulysses, we’ve chosen to include The International as it’s one of Dublin’s original Victorian pubs and retains a similar aesthetic. The pub is mentioned in Episode 10, Wandering Rocks, as below:

“Opposite Ruggy O’Donohoe’s Master Patrick Aloysius Dignam, pawing the pound and a half of Mangan’s, late Fehrenbach’s, porksteaks he had been sent for, went along warm Wicklow street dawdling. It was too blooming dull sitting in the parlour with Mrs Stoer and Mrs Quigley and Mrs MacDowell and the blind down and they all at their sniffles and sipping sups of the superior tawny sherry uncle Barney brought from Tunney’s. And they eating crumbs of the cottage fruitcake, jawing the whole blooming time and sighing”

The Oval is another pub which retains the same name since its mention in Ulysses. It crops up in Episode 7:

“–What’s that? Myles Crawford said with a start. Where are the other two gone?
–Who? the professor said, turning. They’re gone round to the Oval for a drink. Paddy Hooper is there with Jack Hall. Came over last night.
–Come on then, Myles Crawford said. Where’s my hat?”

While the fittings and furnishings in The Oval may not be the same as they were in the early 1900s, given that the pub was destroyed during the 1916 Rising, the pub does still have an old time charm which should satisfy most trying to conjure up Joyce’s Dublin.

More known for its ties to Michael Collins than Ulysses, it’s mentioned in Episode 16 of the book. Back then it traded as The Signal House.

“So, bevelling around by Mullet’s and the Signal House which they shortly reached, they proceeded perforce in the direction of Amiens street railway terminus”

J. M. Cleary’s two nearest neighbouring pubs were both mentioned in Ulysses too. Mullets still trades under its 1906 name and Llyod’s was known as Dan Bergin’s when it was mentioned in Ulysses. You can add in these two pubs to the crawl here if you wish.

“When the Scotch House closed they went round to Mulligan’s. They went into the parlour at the back and O’Halloran ordered small hot specials all round. They were all beginning to feel mellow. Farrington was just standing another round when Weathers came back. Much to Farrington’s relief he drank a glass of bitter this time. Funds were getting low but they had enough to keep them going.”

I always wonder why Davy Byrnes’ is perceived to be more associated with Joyce rather than Mulligan’s. Mulligan’s features in ‘Counterparts’, one of the stories in ‘Dubliners’, as prominently as Davy’s does in Ulysses, and as well as this, the pub’s appearance is far closer to that which Joyce would have seen when he was writing Dubliners.

Be sure to go into the bar on the left side of the building (pictured) and try to get a seat in the parlour down the back, where Counterparts is set, it’s just beyond the Grandfather Clock.

Formerly known as Conway’s, this pub is mentioned in Episode 5 in Ulysses when Bloom meets M’Coy:

I was with Bob Doran, he’s on one of his periodical bends, and what do you call him Bantam Lyons. Just down there in Conway’s we were.

And so brings a conclusion to our James Joyce Pub Crawl. We finished at Kennedy’s intentionally due to its proximity to Sweny’s – so when you’ve finally reached the final boozer, do nip across to see Dublin’s greatest living Joycean relic, and grab a bar of lemon soap yourself too, you might need it after all that walking. 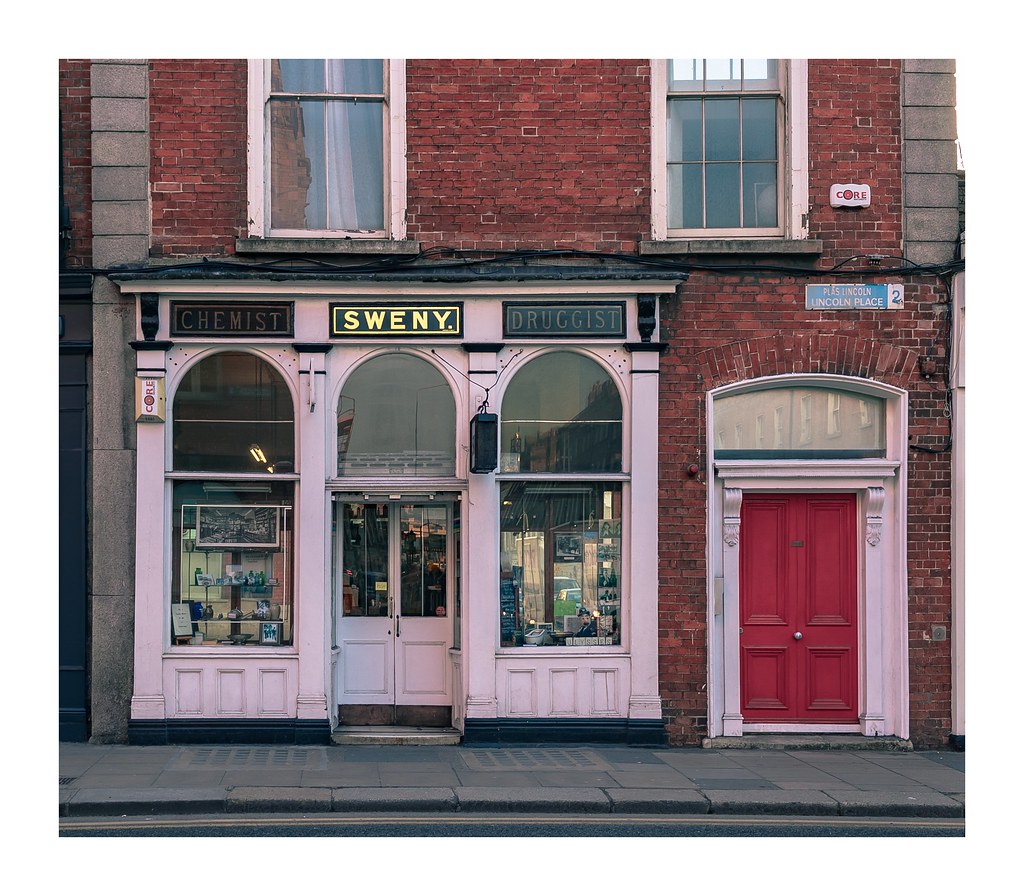 Obviously, for convenience’s sake, we kept this crawl within the city centre. But if you wanted to elongate it a bit, we’d recommend you start in The Gravedigger’s, which sits beside Glasnevin Cemetry – the graveyard where Paddy Dignam is buried in Ulysses. From there, you could continue to The Brian Boru (Hedigan’s) which is also noted by the men in the car on the way out to the funeral. This will bring you onto the Canal which you could follow all the way to The North Strand and within the vicinity of Llyods, Mullet’s and J.M Cleary’s.

So were the words of celebrity chef, author and globetrotter Anthony Bourdain when he came to describe our own city on one of his many TV shows – The Layover.

The Ginger Man Pub on Fenian Street is a pub that we’ve always had a fondness for. Over the years, as we’ve come to darken its door more and more, we eventually queried its name to discover that it was the namesake of a book written by author J.P Donleavy.