We’re looking for a bit of a dig out here folks. This building pictured, as you might have noticed, is not a pub. This is Sweny’s Pharmacy, a real-life surviving location from the James Joyce masterpiece Ulysses where Leopold Bloom bought a bar of Lemon Soap on 16th June 1904. Recently we became aware that the lads running Sweny’s are in a spot of bother regarding their rent and we wanted to throw out a post to make yourselves aware of this too.

The rent has been doubled on Sweny’s, a 172-year old little chemist shop preserved by volunteers. Let’s all chip in to keep this Joycean gem alive and open in Dublin for generations to come. Sweny’s Pharmacy is featured in James Joyce’s novel Ulysses.

Some Greedy Dirtbird (our opinion, not Swenys’) has decided that this cultural artefact wasn’t looking good enough on some balance sheet somewhere and thought that it’d probably serve the public (and their own pocket) as another homogenised multinational kip – so they’ve lamped up the rent. To offset this, the lads at Sweny’s have set up a Patreon page (LINK HERE) to try and bridge the gap. They’re suggesting a donation of €5, but we’re sure that whatever you can spare will be much appreciated. We’re also told that subscribers will receive a gift after the lads reach their goal on the page. 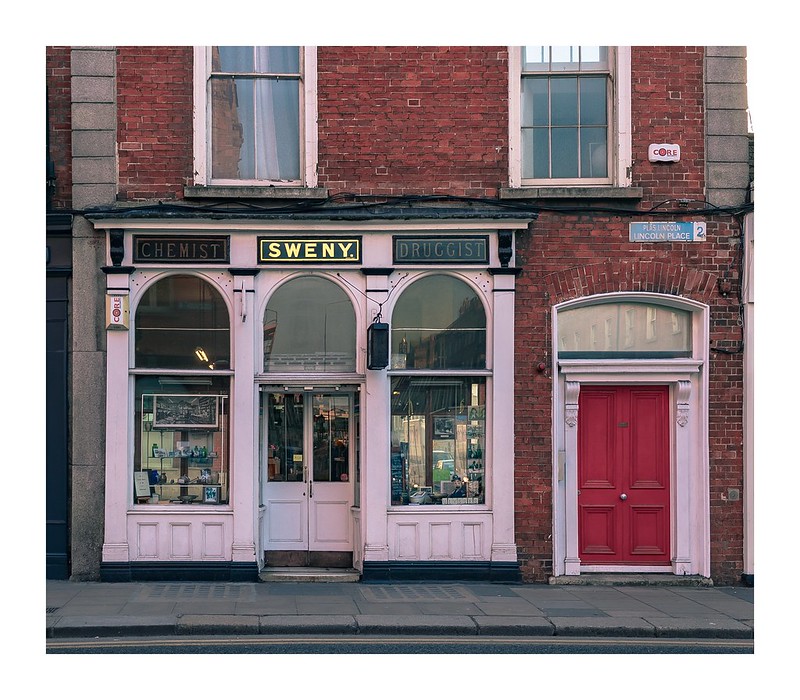 We’re no Joycean scholars here at Dublin By Pub, you won’t find us crossing Dublin without passing a pub and our familiarity with his bibliography is limited to his earlier (and shorter) works, about half of Ulysses ( ..and them filthy letters he used to write to the Mrs) – but no-one could overstate the cultural importance of Joyce when it comes to Dublin City. And although much of Jim’s nuance might be lost on bowsies such as ourselves, we can think of no better time capsules available to those who wish to conjure up turn-of-the-century Dublin than his works laden with the language and layout of old Dublin.

So we reckon that Sweny’s, a 172 year old pharmacy containing the same flooring and furniture where once walked and sat the main man himself, to be a vital landmark in the Dublin landscape and worth a quid or two. We hope you agree.

Oh, and we’re curating a few pub crawls at the moment too – one being a Joyce crawl. Drop us a screenshot as proof of your donation and we’ll send it on to ya when it’s finished (by end of March at the latest) so you can drink your way through the boozers of Dubliners and Ulysses as you see fit.