As of this moment, I’ve a list of about twelve pubs that I need to get written up for the blog and I really shouldn’t be writing this thing. But for some reason, probably because I’m afraid of forgetting it, I’ve decided that I’m going to forego normal programming and commit this one to paper. 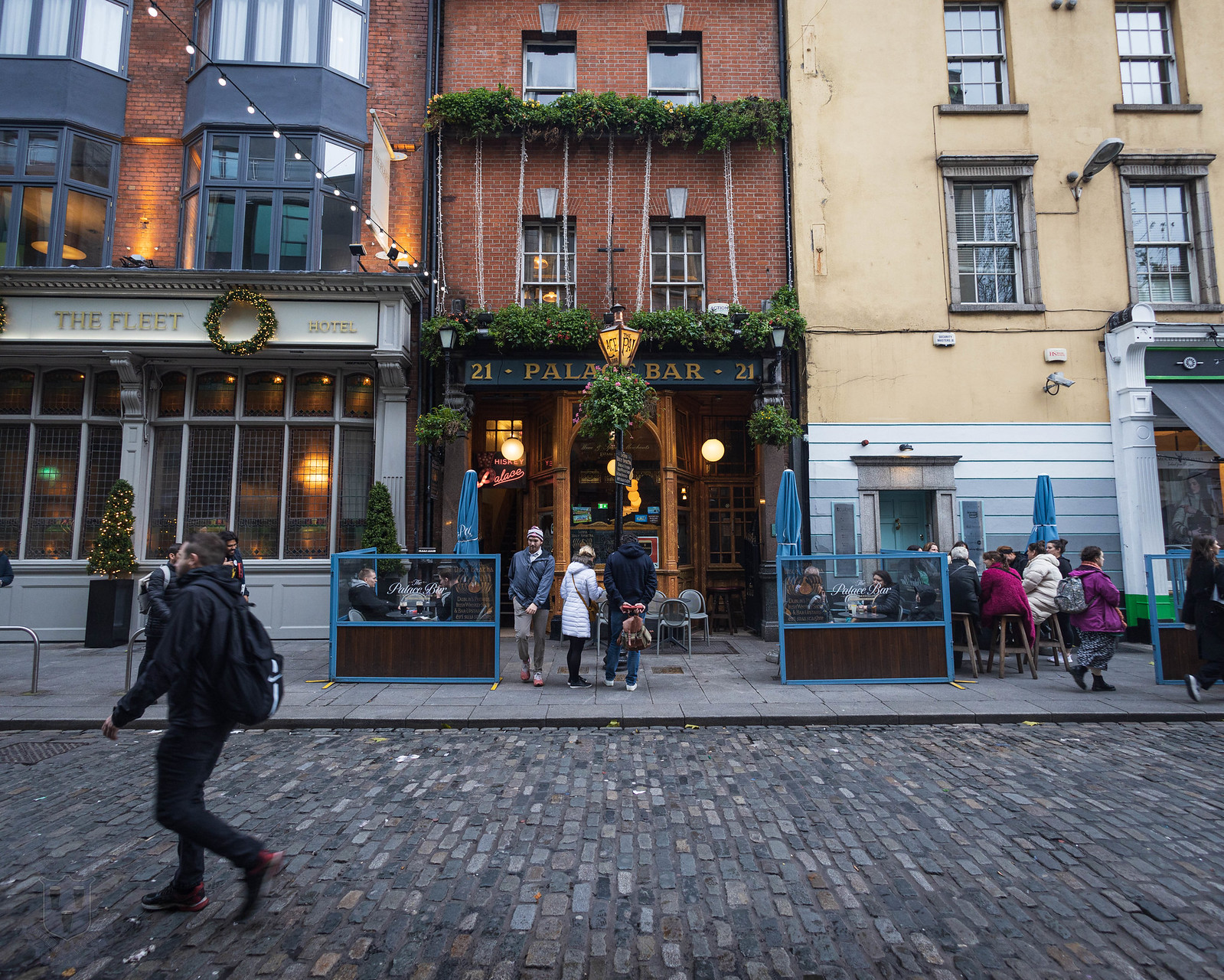 It was midweek. Springtime. I had leave to take, so a day off work was required. And while a day off work is a fine thing, it wasn’t that which made it one of these days – that was down to a combination of factors. First of all, everyone was accounted for. All my nearest and dearest were away, in work, or otherwise engaged. I had no favours to do or errands to run. The calendar was entirely empty.

The other piece of the puzzle was in my pocket – for you’re never truly free when there are pennies to be counted and set against bills, rent and whatever else. For reasons unremembered to me now, I was as flush as I’d be all year on that particular afternoon. It might have been one of those months that had an extra payday or something, but for the first time that year, I possessed actual tangible and disposable income and was able to saunter into the city centre at my leisure and peruse and purchase from shops that I had been begrudgingly storming past on numerous occasions prior.

Of course, sauntering about town, taking in a museum, or a gallery and a few shops is thirsty aul work. So, it wasn’t too long before a pint was on the cards. With tiring legs passed beyond the bustle of College Green, plans for pints moved out of their conceptual stage toward something more realistic. Passing under the portico of Grattan’s parliament – I came to stand at Pat Ingoldsby’s patch on Westmoreland Steet and realised, as I’m sure many have before me, that I was headed directly for The Palace Bar.

Before much longer, I was sitting with a pint and a toastie in the back room of the pub, thumbing through a paper, or a book or inspecting a record I’d bought. Whatever it was I was doing, I cannot be certain because I’d quickly become distracted by all that was going on around me. At first, I’d been taken aback by two considerably sized oil portraits which had been newly hung since my last visit to the pub. Painted in what this art novice would call reminiscent of a Jack B. Yeats style, they depict two of the pub’s most notable former patrons – Patrick Kavanagh and Flann O’Brien. A man was sitting under the paintings, and I was enjoying the repartee between himself and Willie, an owner of the pub, as they chatted away.

Shortly after, a few more customers had trickled into the pub and Willie returned behind the bar to serve them. At this point, I noted a gathering of middle-aged to elderly men chatting amongst themselves in the corner. I attempted, futilely, to return to my book or my paper but couldn’t help but earwig in on the conversation between the table when I hear one respond to another:

You see, I could sympathise with this – I’d recently been to that same Beckett play, and having understood none of the first twenty minutes, found myself denied readmittance for the interval-less remainder on my way back from the toilet. Nonetheless, the lads continued. The talk turned to GAA – hurling mostly. Refrains of ‘it’s a different game these days’ could be heard after chat about a red card – with one of the men declaring that a ‘bang of a hurley was a mark of endearment in our time’.

There’s more entertainment to come when one of the group of men gets up to retrieve a fresh round for the table. While waiting for these to settle he strikes up a conversation with the man who had been speaking to Willie earlier. As they speak, in tones gentler to those at the other table, I come to suspect, through the snippets I hear and the body language between the two, that they are discussing the two portraits. This, I have confirmed when the man responsible for the round returns to his table and informs all at it that ‘that man there… he painted the two of those’. 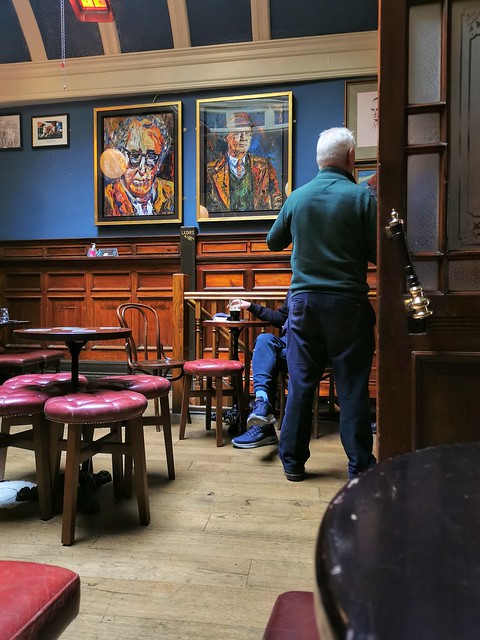 They all began to converse, then. ‘Well, this fella is Woody Allen and there’s Harrison Ford beside him’, said the supposed artist, jovially, in a thick southern accent. ‘West Kerry,’ he answers proudly when asked of where he comes from by one of the men. Though he does qualify this by stating that he lived in Dublin for years at one time. ‘Ah sure you’re a dub then’ proclaims another of the men. The artist gives his name as Liam O Neill, which I can’t help but Google to find out that this man is the real deal. A phenomenally accomplished painter. And him sat there, unassuming, and modest, right in front of me like some sort of 21st-century Kernoff.

Liam receives due praise from all and they come to discuss his subjects – on Flann O’Brien, one of them muses that ‘he was the only man sacked from the Civil Service… He was found working’. They go on in a similar vein and as one of them finishes reciting a John B. Keane poem, I finish my pint and make my exit.

I’m not sure exactly what compounded me to write this, as I alluded to at the outset – I’ve loads more pubs that I should be writing. I suppose the experience has just sat with me over the last few months. It was like something out of time. A moment where I fancied myself a voyeur to a sort of intelligentsia you don’t encounter too often in contemporary Dublin. Everything they said seemed to be gold. I imagined myself, in that short time, an abstract part of this irregular set of regulars – someone who was no stranger to bringing disrespect to a respectable hour by bathing it in intoxicating liquor. Unfortunately, though I was back at my desk, sober as a judge at that same hour, the next day. What’s rare truly is wonderful.