We like to think that we try and give everyone a fair crack of the whip here on Dublin By Pub. Our creed is that each pub we visit gets the prior benefit of impartiality and open-mindedness regardless of its reputation, location or clientele. And when we visited Agnes Brown’s in the summer of 2017, this was most definitely the case. The only problem was that in this instance, a rogue third factor joined he prerequisites of impartiality and open-mindedness; namely the factor of about eight or nine pints in the tank. 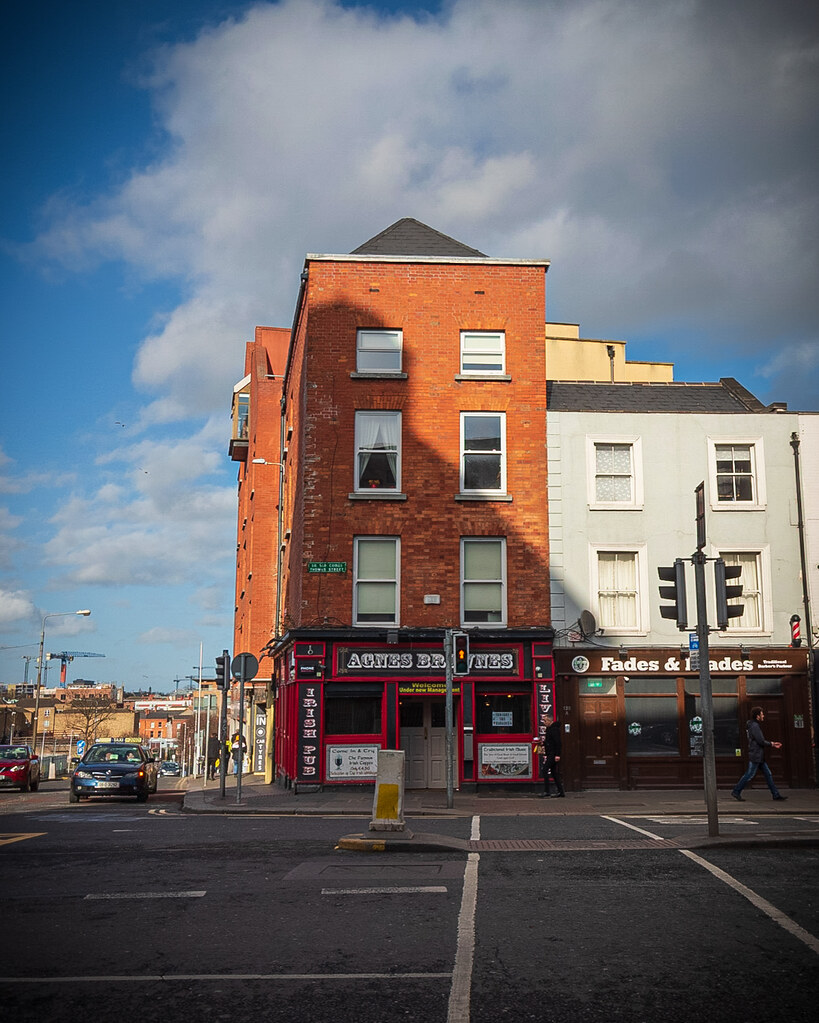 Under the cover of a late fallen darkness we bustled through the smokers gathered at the threshold and quickly ensconced ourselves into a corner toward the front of the pub. A DJ complete with technicolour lighting took on the job of entertainment for the evening as a few regulars gave us the look one gives to a group of mouldy strangers barrelling into your local on a summer’s Saturday night. We acquired three pints of stout which don’t stand out in memory as being bad pints albeit that one of them was served in a Tuborg glass – which to be fair was the preferred tulip shape.

The décor of the pub was an interesting one from the little collective recollection we can muster. We can recall an unconventionally coloured bar coated in hues of red and blue. Plenty of nationalist ephemera adorned the walls and if the writer is not mistaken a few painted bodhráns hung about the space too. The walls were a bright shade and overall the lighting is remembered as being of a fairly optimal level.

We stayed for the one pint in this instance and our visit passed off mostly without remark. We found the locals to be reminiscent of the type found in the boozers of Meath and Francis Street – friendly and boisterous, evidenced by the two grandmothers who danced arm in arm with us as far as the chipper upon our exit which did make for a hell of a flashback when it arrived into consciousness 3 days later.

I could say we had a memorable time in Agnes Brown’s but you know that that would be a lie. Rough around the edges as it was and all, we certainly have no qualms about going back sober to notch off that memorable visit someday.