Outside of a few punts on The Grand National and Cheltenham, I think that it would be a fair assessment of myself to say that I’m not that much of a gambling man. But with that said, I’m here to tell you today that I would happily bet pounds to the pence that former Ireland and Leeds footballer – Johnny Giles, when given the option of drinking somewhere other than The Back Page, would probably do just that. 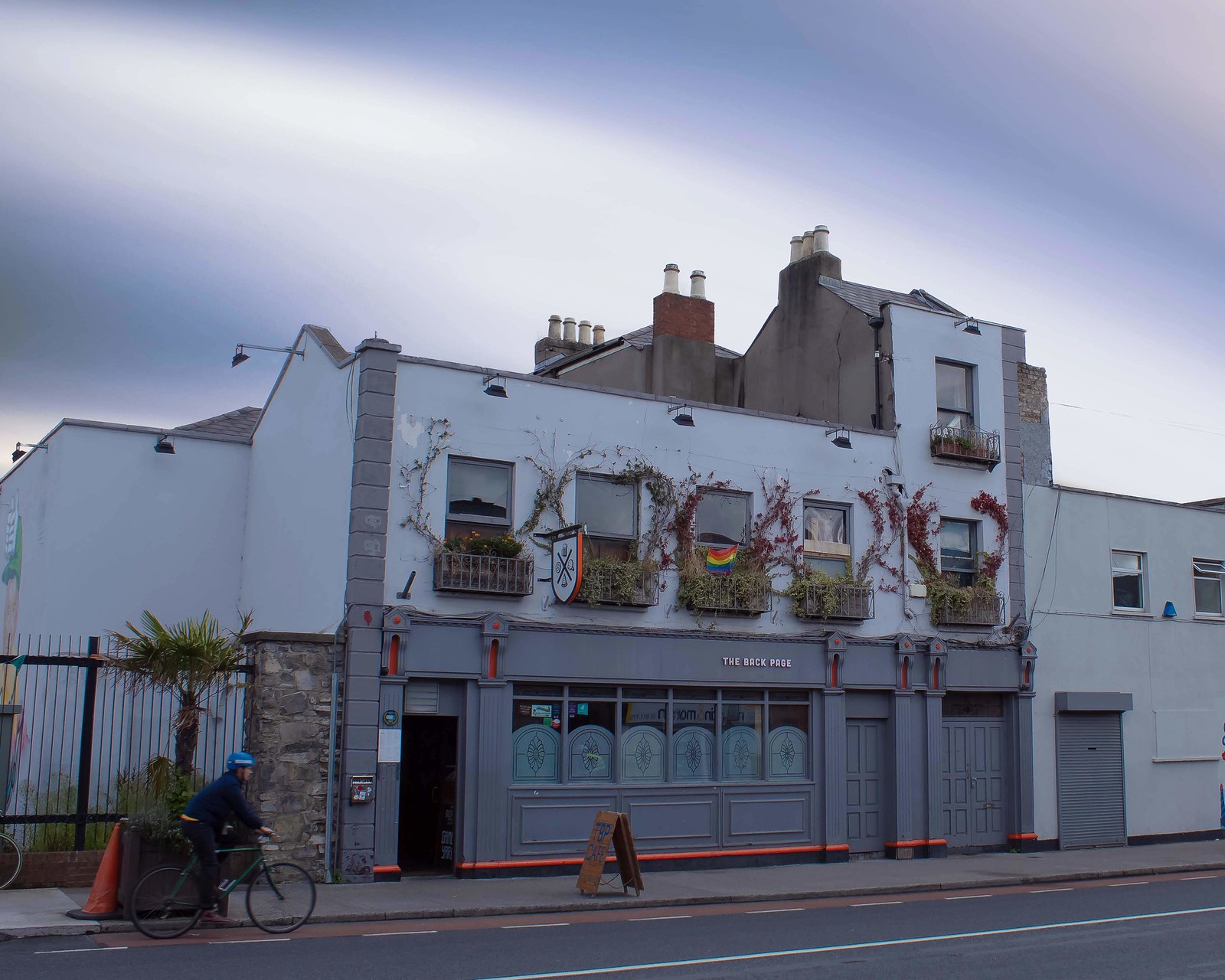 So here’s the thing, it’s not that I have any inside knowledge on Gilesy’s drinking venues of choice or his inclinations toward craft beer or anything – it’s just that on either of the gable ends of The Back Page there is, in the guise of street art, two nods to Giles’ former colleagues. One is a direct Eamon Dunphy quote likening Christiano Ronaldo to a fish and the second happens to be a colourful caricature of the late Bill O’Herlihy, fully complete with his trademark catchphrase: Okey Doke.

I’m not for a moment suggesting that Johnny would have a problem with either of these two embellishments in their own right. It’s just that if I were him I’d probably be a bit annoyed about the proprietors of The Back Page not completing the troublesome trio and emblazoning me upon their facade too. But Gilesy I am not, so I suppose that I should state for the record that my initial visit to The Back Page was made with no such biases, hypothetical or otherwise.

If those two above-mentioned features haven’t convinced any of you football-mad readers out there, I must hasten to advise you to make no mistake about it, The Back Page is here to stake its claim as one of Dublin’s utmost soccer-centric bars. With national and club football flags and scarves looking down upon the countless images of moments from soccer history, this pubs grá for the beautiful game is something it wears proudly upon the sleeve of its vintage Italia ’90 jersey. I’m even sure that I wasn’t hallucinating when I saw wallpaper comprised entirely of FIFA PlayStation covers stretching back as far as the nineties on one of the walls.

The downstairs interior of the pub consists of three main sections, -the bar which is situated at the front of the building is the first of these. Tending to be dimly lit upon each of our visits – it’s a space wherein you’ll find a handful of high tables outside of a raised section with lower seating. A medium sized bar is placed to the right of the space, beside which sits a full-length bookcase housing a sizeable collection of board games.

The bar itself is well stocked and offers a wide range of craft alongside a couple of the old reliables. Guinness came in at the painfully high price of €5.60 a pop, and while objectively it wasn’t a pint which was overly poor on quality, it was most definitely one which felt like very poor value when compared to the price and standard in the pubs located within the immediate vicinity.

Beyond the main bar toward the back of the premises, there is a lengthy atrium which offers high seating at bar-tops which seemed as if they were protruding from the ledge along the wall in the manner in which they jutted out perpendicularly. Opting to sit at one of these we surveyed the rest of the space and found agreement in our dislike for what was essentially the kitchen from a pizza restaurant. This particular feature which sat partly obfuscated by the bar made us feel we were in a restaurant more so than a pub.

The third main space within the pub is found down a short corridor from the right side of the front of the pizza restaurant. Housed within here is a games room which boasted a veritable leisureplex worth of amenities such as pool tables, table tennis tables, and a crazy-golf course. Yes. Crazy Golf. In the pub.

if any of you currently reading this happen to be long time DublinByPub readers, you may have already twigged that this one wasn’t for us. I’m certain that there are people whose experience of going for a few pints can be enhanced with the addition of miniature golf and pizza, but those people are not us. And while I’m sure that our absence from this pub is no lamentable matter of fact for its proprietors, I can only offer our particular opinion. And our opinion saw something of a contrived and gimmicky affair.

But different folks will take to different strokes. Plenty will have no problem with a sports bar being readily built and decorated. Us, we prefer a more organic establishment of a boozer’s theme. We reckon it’s like reading a book – in order to have a meaningful understanding of the narrative you have to read through the entire text. You can’t just skip to the back page!