There’s one in every town and parish of Ireland. You can’t miss them as they cut a dash in shops, workplaces and public houses; going about their day to day mundanities. Nearly everything about them is as it should be – the attire is in keeping with what is to be expected, as is the accent and the mannerisms, there’s usually just the one thing that will stand out – the hair. Jet black and generally extending to flank the face with sideburns of varying sizes, this is the primary indicator of what I term a particular Irish character called ‘The Elvis Aulfella’. 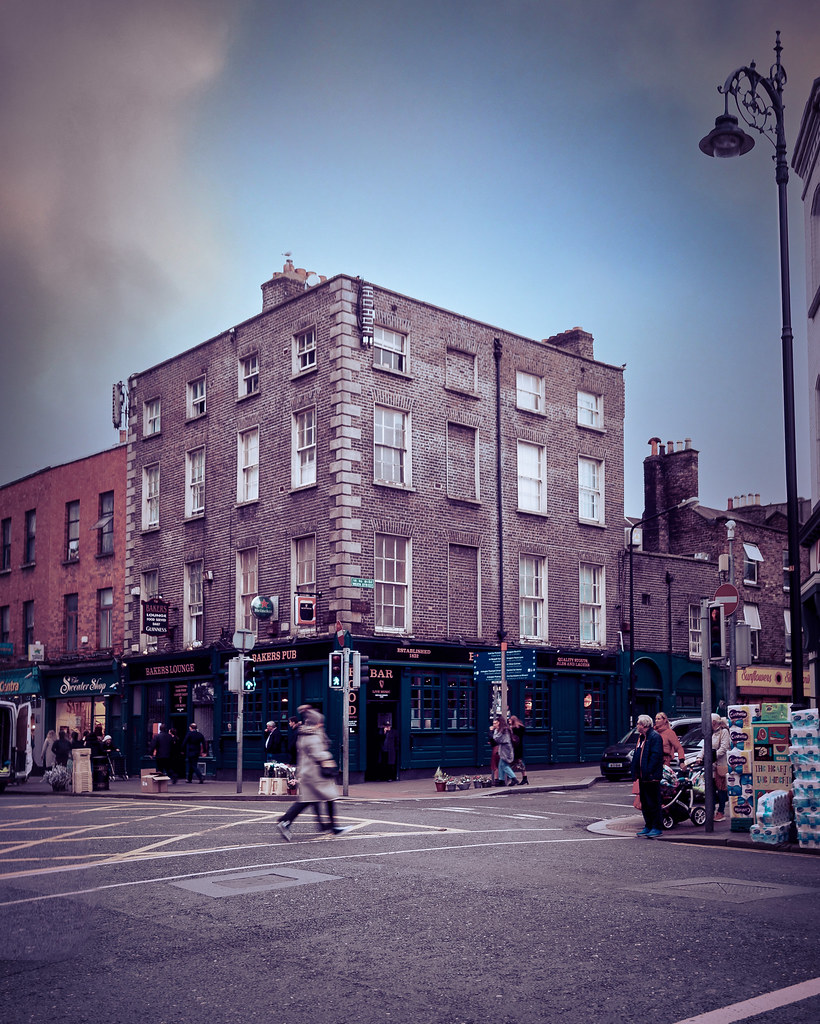 Elvis Aulfellas, on average, tend to earn their keep as manual workers or as drivers. If there exists a job where one can sing or whistle freely, there is an Elvis Aulfella to fill it. Though manifested daily in their physical appearance, an Elvis Aulfella’s devotion to the king is not something that he may always be so outward about in general conversation. Should an Elvis Aulfella come to build your porch or pave your driveway, he’ll do just that – you shouldn’t expect yourself to be canvassed on the virtues of Presley in order to have the work done to an agreeable standard.

It’s at social gatherings where Elvis Aulfellas come into their own. DJs see them approach on the regular and cheap karaoke microphones are more than acquainted with their h-sound ladened warbling. They drink in normal pubs, local pubs – pubs like Bakers. In fact I’d go as far as to say that Bakers is the ideal Elvis Aulfella pub – and that’s not just because it was flush with Presley ephemera.

Bakers had a sort of a warm charm to it – a real down to earth shop. The walls were covered in all sorts of things pertaining to the tastes of the working class ageing Dublin gentleman. The sort of things they’d hang in a room of their own at home – if they had one. But the sizes of Liberties abodes being what they are, Bakers stepped in to provide a sort of communal man-cave for its customers. This, in turn, provided a real treasure trove for eejits, such as myself, who find interest in the modern social history of The Liberties in the face of all the gentrification ongoing, there.

Whenever we drank in Bakers, we’d opt for the bar and, subconsciously, try to sit as close to the collage of John Wayne pictures as we could. There’s something calming about John Wayne. It’s probably his standing as the most beloved figure of our grandfathers’ generation, but images of the man they nicknamed Duke tend to elicit comfortable feelings of clandestine donations of shiny pound coins and a seemingly unending supply of hard toffee sweets for me and my ilk. Once happily sat in the environs of this collage we would set about tucking into a few pints, which were always anticipated with no fear for their quality. What was always surprising, however, was the price – last noted in the late summer of 2019 as being €4.40 – far lower than some immediate neighbors.

At this point you might be wondering – why the use of the past tense in most of what was written above? Well, as unfortunate circumstance would have it, this piece is more of a Eulogy than anything else.

It’s another sad reality in this pox of a year that Bakers is set to be one of the pubs which will not return to trade whenever this all-encompassing pandemic has sang its last encore and made for the stage exit.

And that really is a terrible shame. Not just for all the Leeds United plaques and fake Elvis Presley gold discs that will be condemned to landfill – not even for the collection of John Wayne imagery, but for the old stock locals, Elvis Aulfellas included, that will have to find a new third space. It’s true that The Clock and Kennedy’s in nearby proximity are a similar sort of pub; but the truth is that pubs like these are getting fewer and fewer in the heart of town, and, sparkly and intriguing as they may be at first, no amount of donut shops, aparthotels and for-profit rural hardware simulacra will ever provide the cultural sustenance that the likes of Bakers did. I’m just glad I took the chance to darken it’s door when I had it.