The year is 2053 and the end is nigh! Global warming, nuclear warfare, global pandemic, zombie apocalypse – picture it however you see fit. I was thinking about how certain subcultures would get on in some sort of apocalyptic scenario there the other day and ultimately I came to realise that the first set of the general population to start to see rapid attrition, aside from the infirm, will ultimately have to be the hipsters. 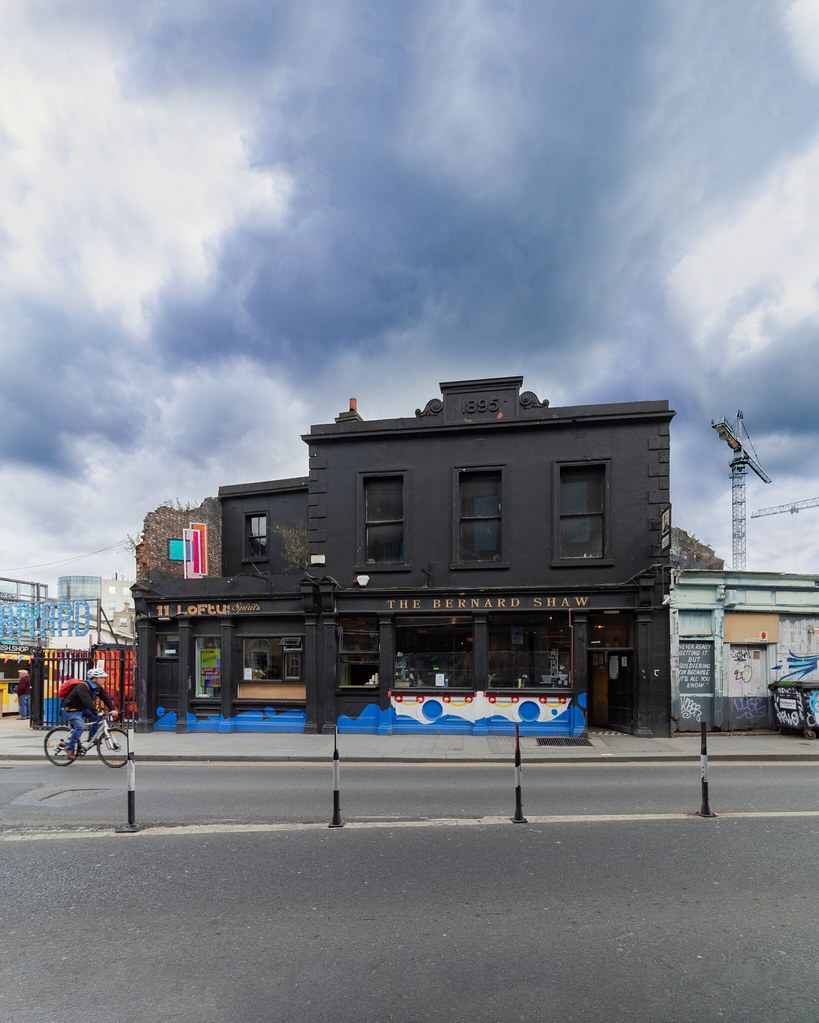 My hypothesis is based on two main ideas – firstly the veganism. Now I’m not for a moment going to knock vegans – fair play to them! Especially those who do it properly. But the type of fad veganism that hipsters tend to have a proclivity toward can’t be good for the system – taking all of that iron out of the equation just to look cool can only mean one thing– anaemia. And the anaemic are certainly at a loss when our plague-stricken sun-scorched, sea-swelled, radioactive night of the living dead doomsday scenario plays out.

Secondly, and this is something a chiropractor or a spinal surgeon might easily school us on, but it seems to me that the variety of mismatched, rigid and antiquated seating one tends to happen upon in The Bernard Shaw and its contemporaries just cannot be the type that leaves your spine in a better shape than it would have been prior to use. I’m near-on certain that we’ll have a good cohort of grey-haired hunchback hipsters knocking about the place telling us how they collected their pensions before it was cool come 2053. And lord knows that they’ll be ripe for the pickin’ when all of the looters and the undead come rummaging around the gaff at end of days.

So, The Bernard Shaw. Name after Portobello’s most famous Nobel Laureate (who, himself, shortened his name by dropping the George at the start of it), this pub is one held in the same regard by the hipster class as St Paul’s Cathedral would be by subscribers to Catholicism. It’s a boozer which tends to be revered by cooler kids than I for its exterior rather than its interior. We’re told that the beer garden is extensive and that there’s a double-decker bus somehow involved in the whole setup. Unfortunately all of this is a bit lost on me – my take on al fresco drinking being that it is better done on grass and through the thriftier means of cans. And as for drinking on a bus, personally, I wouldn’t want to risk a Vietnam flashback of some of the things I’ve seen on the 27 down throughout the years.

As with all pubs, our concern lies mainly with the interior.

More Cockney flower girl than toast of London, the pub is comprised of three main sections – the front bar, triangular in its layout, screams twenty-minute lunch rather than six-pint session – although there is something to be said for its purpose as a prime people-watching real estate. Closing in acutely, this section leads toward a small set of steps that bring you to the lower area of the pub – this, in turn, houses a larger seating area complete with DJ box and the third section of the pub – a tiled corridor, in essence, sits at the back of the building. The aesthetic of the place is standard hipster chic – rough and ready – characterised by mismatched minimalist furniture and perpetually changing artwork.

Pint-wise, the main complaint is to be made in relation to the price. €5.70 is the sum charged for a Guinness – which, in fairness, was a bit of a majestic drop. Along with the stout – and as you’d expect from such a place – there’s a wide range of craft on offer too.

It was always unlikely that we were ever going to come to extol the virtues of this place. At best for us, it’s a decent lesson in subjectivity – people love it! And we’re fine with that. But with that said, our likelihood of return is probably most appropriately summed up with Shavian parlance – “not bloody likely”.