Previously here, we’ve spoken of pubs which had been fitted out in a manner to make them appear old and worn. The manner we’ve spoken of these places has to memory not been of the most complementary nature and the word gimmicky may have been thrown about. Brogan’s of Dame St. is at no risk of being labelled similarly. 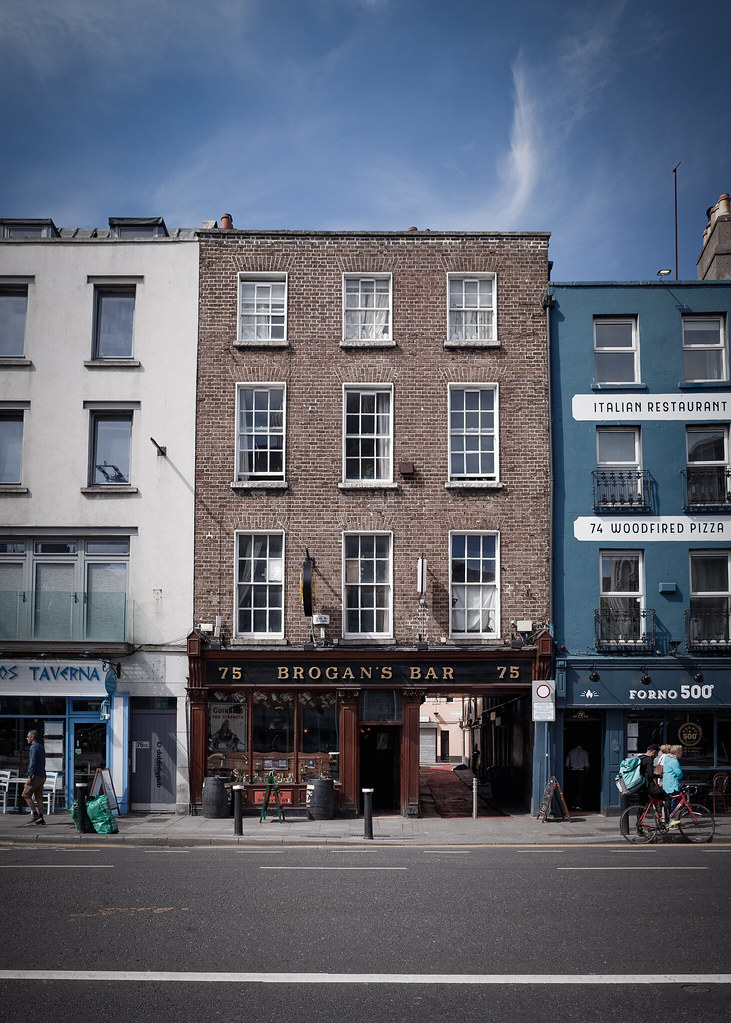 Brogan’s, sitting in near approximation to the much-beloved Olympia Theatre is a pub which is naturally weathered and worn. The seldom varnished wooden floor and furnishings add to the authentic aged feel to the pub. This atmosphere is compounded in no small part by what has to be the city’s largest collection of old Guinness adverts to be found outside St James’ Gate. These adverts cover all conceivable wall space within the bar. A bookshelf sits at the beginning of the bar adding a homely element. The seating is unassuming and traditional.

With regard to the gargle, one certainly expects a fairly decent pint when such a plethora of Guinness artwork is encountered and we can gladly report that Brogan’s delivers on said expectation. We’ve always found the pint to not only be well-priced given the temple bar proximity factor (TBPF, a self-proclaimed mathematical/economical constant we’ve just decided to define this minute, formula to follow) but also to be of a high standard taste-wise too.

We’ve no anecdotes of note to recall at this moment, unfortunately. The last time we were in was for a quick pre-Christmas Shopping pint and the cosiness was such that we weren’t to emerge for a further 6 hours after the shops had shut and not a present in sight. We’d certainly recommend Brogan’s, it’s yer only man for a pint before an Olympia gig and not a bad spot for a Christmas pint either (just get the shopping done first)