What do Robbie Keane, Bill Clinton and Daniel O Donnell have in common? Now there’s a question you never thought you’d ever hear, and a question we never thought we’d ever ask. It’s not that Bill had sweet first touch when he played five-a-side on the lawn of 1600 Pennsylvania Ave – no, no. And we’re pretty certain that you won’t find Keano in any brass section warming up to the dulcet tones of Baker St. Nor will you find Bill Clinton going out of his way to attract older wom….. actually, never mind. 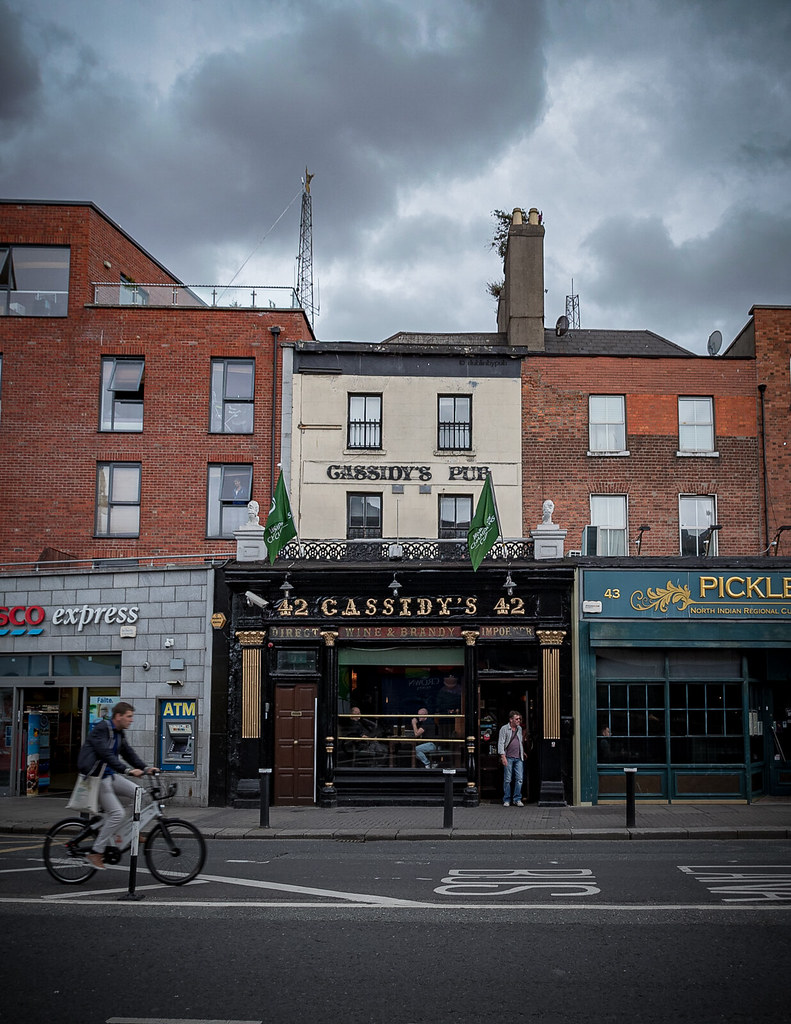 Well if any of you out there thought that Cassidy’s of Camden Street was the particular commonality between the three distinguished figures aforementioned, you would be right because this pub happens to be one which at one time or another purveyed a pint to each of the three lads.

The perfect example of a deceivingly large boozer, this one has to be up there with one of the longest pubs in the city. The pub is popular with Donegal natives and we have it on good authority that it’s managed by wee Daniel’s brother too. Exuding a comfortable vibe that must be difficult to maintain in such an expansive space – Cassidy’s is a Victorian pub which characterised with all the usual features one would expect of a place described as such. Dark wood and brass fittings serve as a welcome aesthetic in the midst of part of town that seems to become trendier by the day.

The pint, we usually find as being up to scratch here and we’ve certainly no recollections of a bad one ever being put on front of us on any visit. Upon our last visit we were charged an even fiver for the dark and creamy pleasure, but use that as a rough guide only – we’re fast approaching the year anniversary of that visit at this rate.

Regrettably we don’t haven’t spent half as much time as we’d have liked to in this pub over the years. We’ll definitely be making sure to remedy that in the near future.