Whenever we’re about to set off to check out a pub that we’ve never been in before, I’ll usually check it out online. Just a quick search on Google will usually put me on the right track with regard to directions and the like. It’ll also save us the inconvenience of making our way out to a pub that won’t be open for another few hours, or worse still – one that has shut up shop entirely. 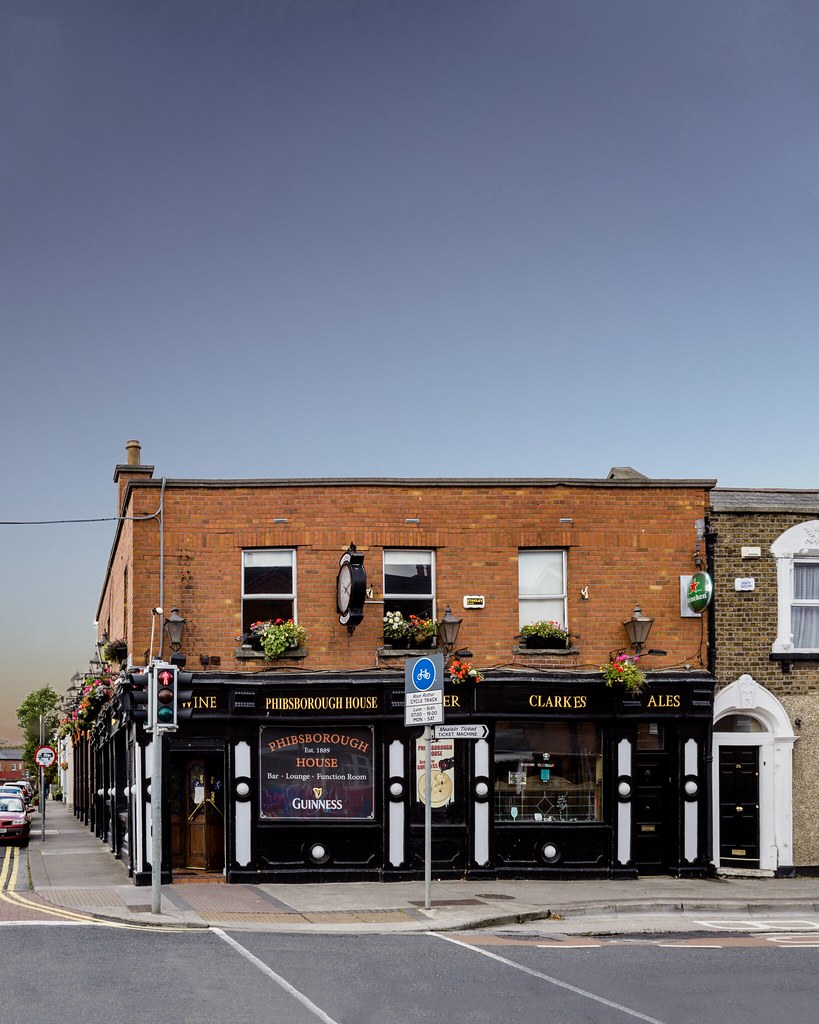 So when we set out for Clarke’s Phibsborough House, these same usual rituals were observed, and in observing them I couldn’t help but notice a headline that cropped it in close proximity to all the requisite information which was initially sought. The headline which referred to an incident in the pub some years back read “Bar manager had ear lobe bitten off in fight, court told”, and having read it I thought I’d not divulge it to my drinking companions.

It was shortly after Christmas of 2018 that we did eventually make it into Clarke’s. Pintman №2 and I were in first with Pintman №3 following in shortly afterwards. We found the place to be sparsely populated with the entire patronage sitting along the extensive u-shaped bar. We decided to buck the trend and opt for a low table which bordered the left side of the bar – and indeed the entire pub follows a similar layout with high stools being used solely at the bar and lower seating elsewhere. The decoration was standard enough with antiquated household items making up much of the decoration – phones, radios, clocks and sewing machines aplenty littered the shelf space while the usual array of old drink adverts and local history took pride of place in the picture frames about the place.

Being settled and more comfortable I eventually decided to disclose the aforementioned news article I had heretofore chosen to censor from my friends. In doing so, I managed to attract the attention of a man nearby who decided to interject and tell us that he’d been present during the event in question. Probing him further, we came to learn that the incident, in his opinion, was a case of a diligent barman falling afoul of some toe-rag while trying to keep his customers safe. Wondering about the outcome of the trial we asked him whether the attacker ended up being incarcerated – ‘Well I’ll put it to ye this way lads – ‘E got 3 ‘ears that fella… And the poor aul barman got one and a half’.

The pint in Clarke’s was ok. Costing €4.70, it was neither astounding nor distressing and was certainly better than that on offer for a full 90 cent more across the road. Our only gripe about the place was the jaxx which was in dire need of a bit of a makeover. Other than that we couldn’t complain about this boozer too much. A grand spot where staff will risk life and limb for customers’ safety. And you couldn’t really ask for more than that!