With its gothic doors, hanging baskets and polished panel windows all facing the uninspiring scene painted by the carpark across the road – Clarkes City Arms is a pub which sits charmingly enough on Prussia St.

Standing in the vicinity of this boozer I can’t say that my own mind came to conjure up visions of landmark Dublin history but as it happens, the address of the pub is one which is quite the hallowed plot in terms of iconic historical Dubliners. 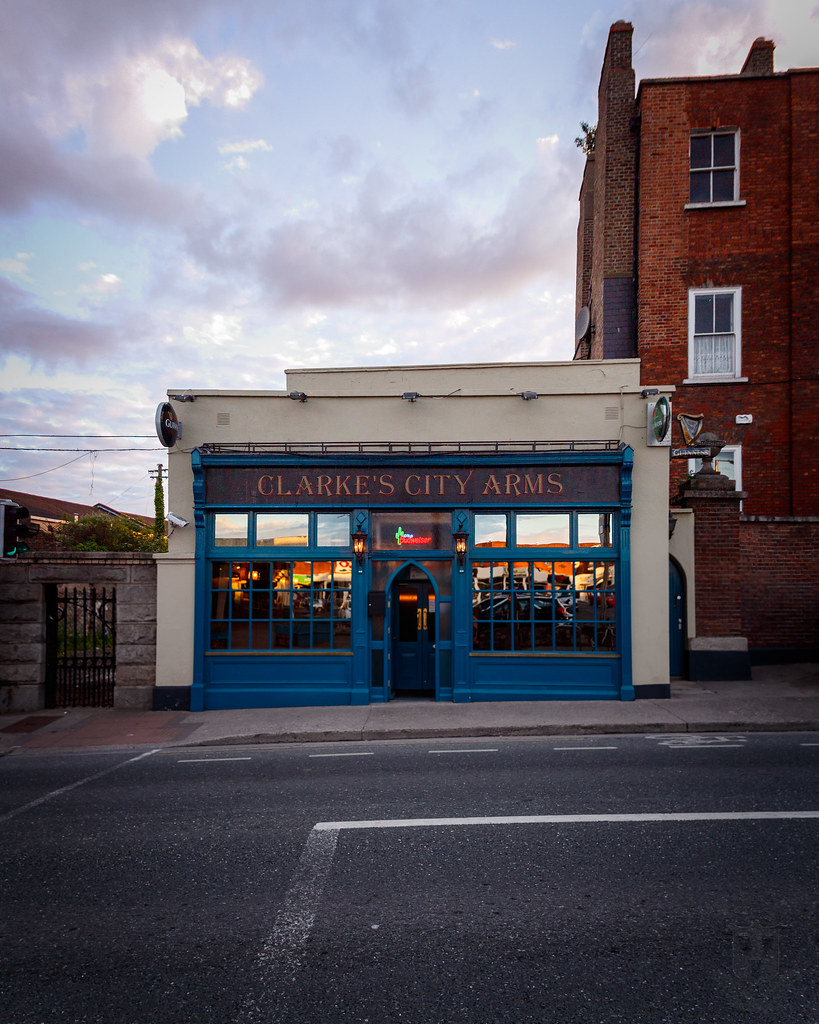 55 Prussia St is the former address of the City Arms Hotel – a hotel which was frequented by one James Joyce who did the premises the service of mentioning it a number of times in his novel – Ulysses. Along with being catalogued in what is arguably the most famous Irish novel of all time, this address is also historically enriched with regard to Dublin’s drinking culture. The building which was to become the aforementioned hotel began life as an estate owned by the family Jameson, of international whiskey renown.

We were in Clarke’s of a Saturday afternoon and suffice it to say that we’re not threatening to dethrone James Joyce any time soon. Much as we might have tried we were scarce to find too much inspiration upon our visit. The jaded aesthetic consisting of carpet and wood panelling combo was about as stale as the atmosphere at the time. Perhaps we arrived in the downtime but it was fierce quiet for us.

With a mind to not being entirely negative, we hasten to add that Clarke’s has great potential. A bit of a shine and a polish to bring out the charm of the bar certainly wouldn’t go amiss. It would certainly be a great service to the great pint that pours here, to the capable staff that pours it and to Joyce and the Jamesons and all.