Have you ever been in a Boozer and lost track of time? Have the hours ever gotten away from you as the goo for pints took hold? Well you needn’t worry any longer friend. We have just the pub for you. The Clock on Thomas St is a boozer that has embraced its name by affixing more clocks than you could shake an hour hand at to its wallspace. Drinkers in here may want to dispense with that time old excuse of telling their partner that they didn’t know what time it was. 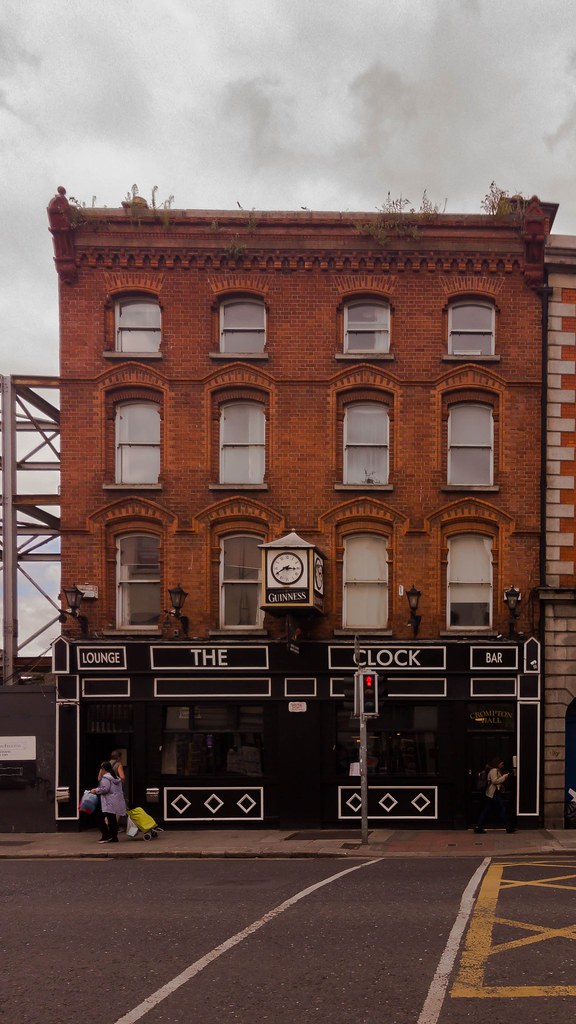 We last had a jar in The Clock of a Saturday afternoon in February. Numbers wise the place was ticking over with mostly men out for the matches, many of them out for the early matches too by our estimation. We sat near the fireplace and took in an elderly lad in a Dublin Jersey who was about 50% complete with slurring his way through all the names of Dublin players depicted on a flag which hung over the mantle. Upon completion he proudly exclaimed about how he “can name the fuckin lorreh dem” and turned only to see us two drinking pints instead of the adoring crowd he had conjured up in his head.

The pint in The Clock is well priced and a decent pour to boot – a jar befitting of a liberties boozer. The aesthetics of the pub are nothing too out of the ordinary (aside from the dozens of clocks on the walls of course). Medium toned wood settles in with the terracotta tiles on the floor and the light tones and red brick on the walls. There’s ample seating comprising of standard pub patterned couches and stools: high and low. There’s a decent sized snug area to the right of the front of the pub too. We knocked a bit of craic out of the section of the bar where a sign denoted that it be used for service only as beneath it sat a gang of lads who favoured that spot over the many others free at the time.

The Clock is also a fine spot to pick up a bird, insofar that there’s a big bird cage out in the smoking area. We like to nip in after a Vicar St gig and would have to recommend you do too.