Brendan Behan famously once described himself as a drinker with writing problems – this is something that one would assume that the person who set out to describe The Cobblestone was well aware of. Labelling itself as a drinking pub with a music problem, it’s a pub that’s described more succinctly and acurrately than most others in the city are. 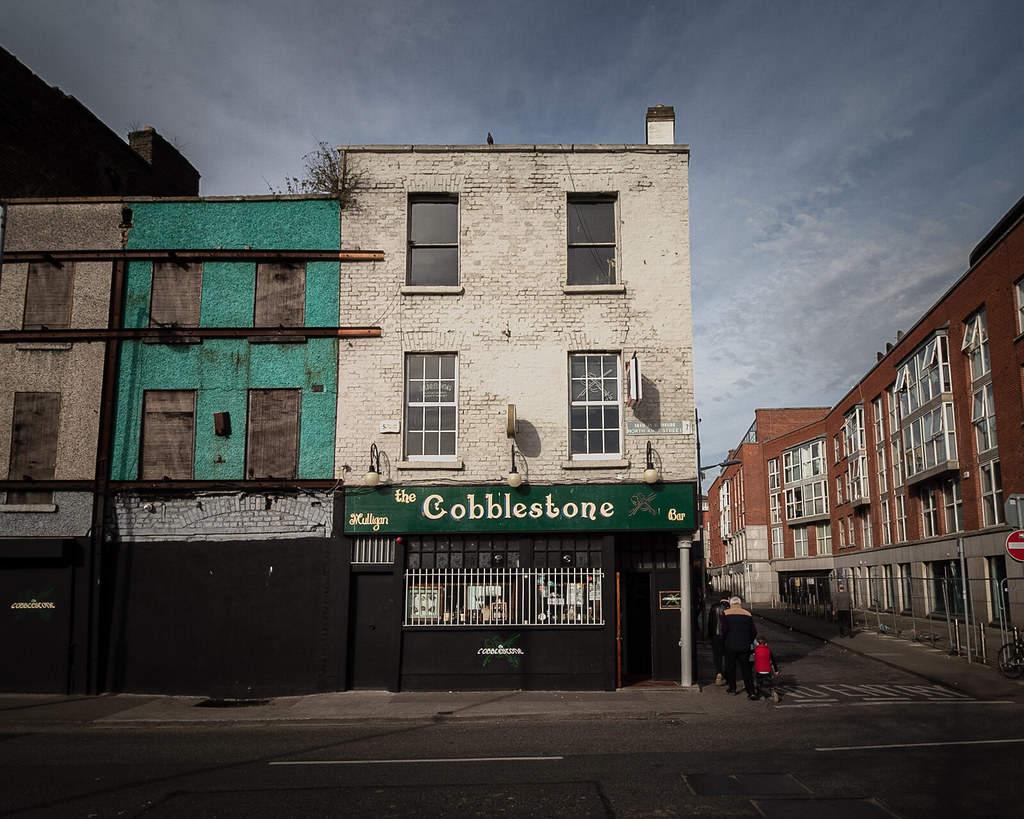 The Cobblestone is located in the historic district of Smithfield on the outskirts of the northside of the city centre. It endeared itself to us when it threw a party to celebrate the death of Maggie Thatcher when she finally decided to take her throne in hell. It’s not an ornate, museum-worthy Victorian time capsule like many of the pubs we’ve posted previously. It’s rough and it’s ready. It has a grand lick of paint and pictures of musicians aplenty across the walls. The jaxx is without any charm and one of poorer across the city.

But considerations of the aesthetic kind are irrelevant when it comes to The Cobblestone because this is a pub that does what no other (or very few others) do in Dublin. The cobblestone purveys unadulterated, unamplified, and un-templebar-ified trad every night of the week. You can saunter in there on a random Tuesday night and hear what we here at DBP consider to be the sound of Ireland.

Now there’s plenty of nominees for what constitutes itself as the quintessential sound of the island of Ireland. Some will argue it to be the roar of Croke Park on All-Ireland day. Some might deem it to be the tolling of an angelus bell. But we believe the sound of Ireland to be one that resonates within the walls of The Cobblestone. What could sound more characteristically Irish than the tortured moan of the uillean pipes drowning in a cacophony of boisterous conversation as a Guinness tap hisses throughout.

The pint was always a good one when we’ve visited in the past and we’re shamefully well overdue for a visit currently so we can’t comment on price. It’s the goto trad pub in Dublin and we can only hasten that you nip in to hear the sound of Ireland someday soon.