Dry January may be entirely at odds the rhetoric that we usually espouse here on DublinByPub, but I should start this post by admitting that I’m currently allowing the liver its annual holiday and am in the midst of the much maligned detox. Dry January itself is never really an easy affair for someone such as myself – generally the first week or so is fine, but anything thereafter is exponentially more difficult and even more so in 2018 when managing an Instagram account whereby much of the content you encounter is provocative portraits of all things beer, bars and whiskey. 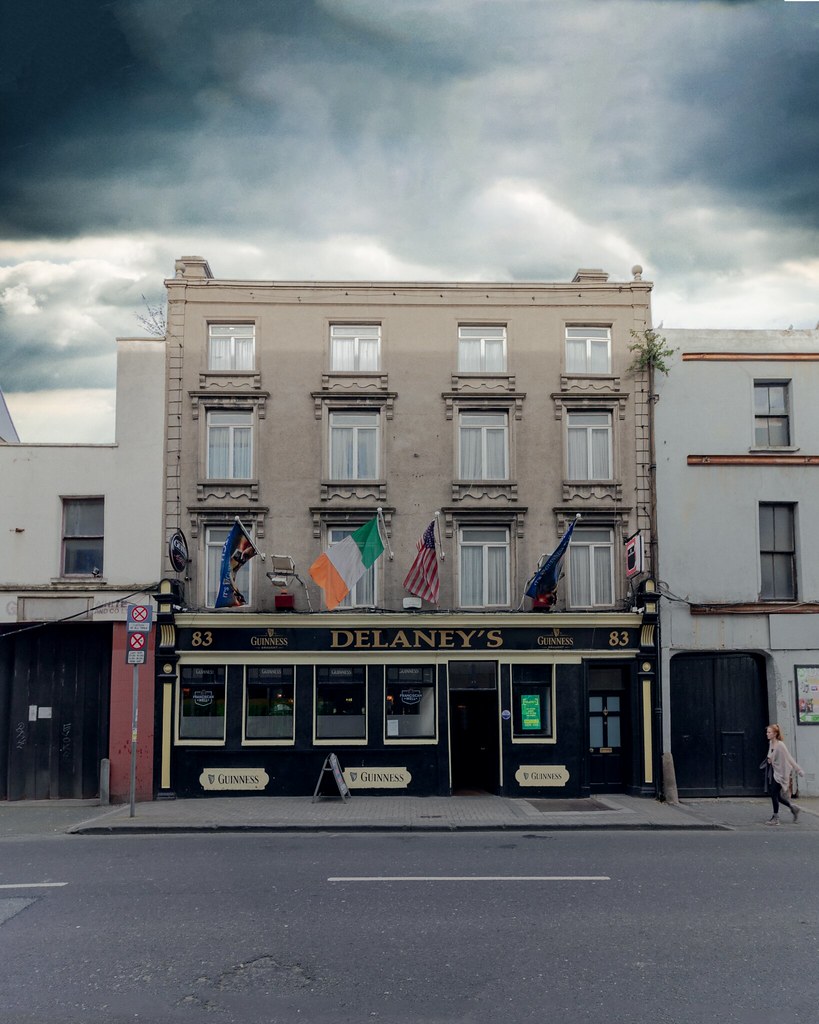 But stereotypically enough there is a silver lining to dry Januarys stormy cover and this comes in the form of an unclouded mind which has finally allowed us to get around to composing some posts relating to a couple of our more foggy ventures to boozers in 2017. One such encounter was our maiden voyage to Delaney’s of Smithfield, a visit made on the tail end of a nine pub crawl which in all honesty left Dublin By Pub collectively and comprehensively bolloxed.

Stumbling into this pub we were to find ourselves front of stage for a karaoke extravaganza and having sussed out a ledge we took in the aesthetic of the boozer which was up to our usual standard. A perfectly lit pub, its tones of red and dark woods worked well with contrasting creamier hues. The bar runs the length of the room leaving plenty of room for orders while dividers break up the span and offer some degree of privacy. A large column in the centre of the room demarcates the area of the pub which has more of a lounge vibe given the lower seating and carpet. Overall a fine boozer and two extra bonus points must be awarded for the open fire and the unexpectedly impressive smoking area out the back, the entrance of which is guarded by a suit of armour.

Having retrieved three good pints from the bar the campaign to convince Pintman №3 to reprise his role as Elvis began in earnest. Given the stage of the evening he didn’t take all that much convincing and before we knew it he was upon the stage swinging his arm with all the vigour that readers of our previous post on Delahunty’s of Dorset St. might recall. His first song of the evening was received well, so much so that he was invited for a second, and that’s where it went a bit pear shaped. As Pintman №3 eased his way into the bridge of Suspicious Minds his inner Elvis was overtaken by an inner drunken, riot inciting Jim Morrison, who added a refrain of “Yeah you would Elvis, ya big lying cheating bastard” to the lines ‘You know I’d never lie to you” – a few of the aul lads didn’t look impressed. And as Pintman №3 beckoned to the unimpressed crowd to “c’mon t’fuck” in the empty vocal space of the outro we knew this would be his last song.

Delaney’s is a fine establishment well worthy of a visit, just don’t upset the Elvis purists.