I wonder if you’ve ever found yourself, at some stage in your life, completely contradicting values that you hold dear for no other good reason than gut reaction? This happened to us a number of weeks ago when we wandered into the newly refurbished and newly managed Devitt’s of Camden St which has instiled in us a sense of ambivalence that no other pub ever has. 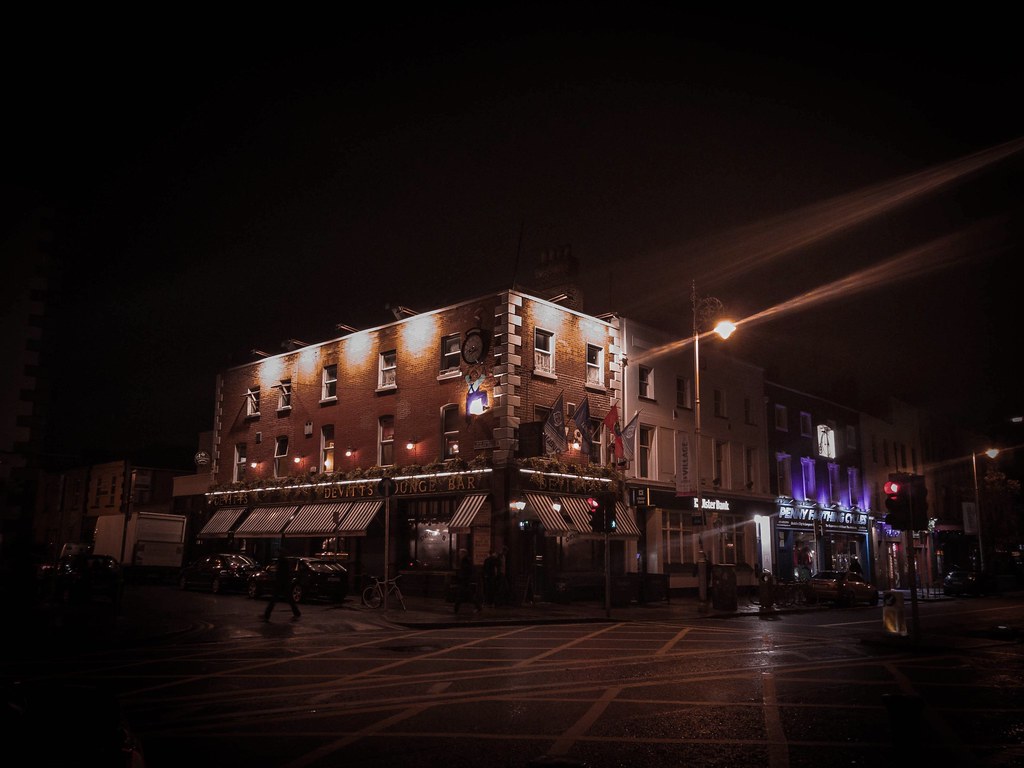 Devitt’s, as we knew it, was a family run GAA pub which offered the normality of a local atmosphere amidst the madness of an ever trendier Camden St. Aesthetically traditional, it was just another decent Dublin boozer – wooden flooring and carpet sectionalised areas for high and low seating while dividers aplenty broke up the bar and created nooks and crannies. It was a pub that was aging nicely and the pick of Camden St. in our humble opinion.

During 2017 we heard through various channels that the pub had been sold to a group and that the new owners were quick to put their money where their mouth is, deciding to finance a full refurbishment – news which we had received with much trepidation. Now this is where the contradictions start, so please bear with us. The new fit out is fine – The exterior is immaculate; it would be easily argued that the façade of Devitt’s is the now finest pub frontage from The Grand Canal to Dame St. The interior is, for all intents and purposes, also fine– dark wood, wooden floor, drinking paraphernalia along the walls, it’s everything we look for and if it were a brand new pub that had been installed into a bare shell it would be fine. But it just didn’t sit right with us.

We’ve been pondering this for the last few weeks and our reasoning for not taking to this particular renovation is loosely described in the following sentiment. Essentially Devitts’ new proprietors have thrown the baby out with the bathwater, they’ve literally taken an actual real life old Irish pub and replaced it with a fit out that’s designed to look like an actual real life old Irish pub. They’ve gutted authentic worn in fixtures and fittings and replaced them with faux, pre-worn flatpack versions of themselves. It’s simply an act that we can neither abide nor understand. Imagine if The Stags Head or The Long Hall went for a psychedelic vibe in the 1960s, or went all disco ball in the 70s. What a disaster that would have been.

But what’s done is done and when we arrived we had to reluctantly admit that the new owner’s investment was evidently paying off. An ironic version of a Ronan Keating tune was being blasted out by an energetic duo to a willing crowd which was comprised of a younger demographic than one would have associated with Devitt’s previously. G&T bowls aplenty glistened in the shimmer of Christmas lighting and the overall atmosphere in the pub sounded akin to that one would hear upon passing a temple bar pub on a Saturday afternoon. This wasn’t exactly to our taste.

Determined to not be the grumpy aul bastards in the corner we did decide to focus on the positives. First of all the pint – well poured and very well priced given the location, we couldn’t fault Devitt’s one iota here and can only urge they keep up the good work in this regard. Secondly we had to commend the inclusion of the pub’s GAA heritage within the décor, in particular the maintaining of the beloved porcelain GAA player figurines that any former patrons of Devitt’s will likely remember with much fondness.

In our departure from the pub we couldn’t help but ponder the future for the humble family run Dublin boozer. With way that economics seem to work in Ireland, the sad likelihood is that more and more cherished family run pubs will fall afoul of wealthy groups and chains. We’d like to take this opportunity to issue a warning to these buyers. Pubs are our culture! Sterilising and homogenising them, depending on the flavour of the moment, for the purpose of profit will only ultimately run them into the ground. Then they will render no use – economically or culturally. Look at the most popular of the pubs in Dublin. All of them are dozens or even decades old with only minor aesthetic change throughout the years.

So if you do buy an aging pub, hold off on that big refurbishment, a return on investment is only a century or two away.