What is it about these places and karaoke?

Such was the question that I posed to Pintman №2 as we took our first tentative sups in The Dominick Inn. He attempted a response but found himself interrupted by the howls of a rotund wrinkled grandmother pitching noisily across the room. This interruption led me to become transfixed by the woman’s jewellery – generations of it, gold and cheap looking – hanging from her sweaty frame, it tended to reverberate in a more and more hypnotic manner with every thunderous stomp she made in her enthusiastic yet poor attempt to emulate Tina Turner. “I couldn’t tell ya”, Pintman №2 finally responded – having timed his response to the verses of the song. 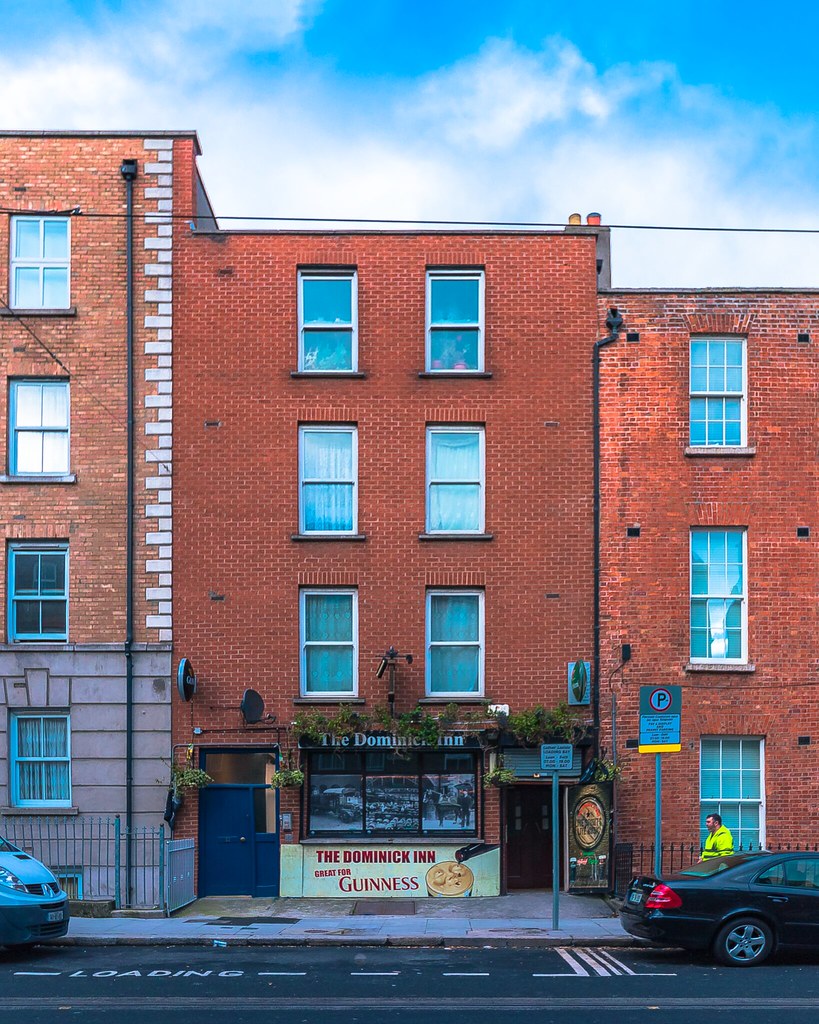 By ‘these places’, we refer to boozers that are a bit rough around the edges – a statement we make without judgement – because pubs like this one are usually just normal community boozers – we’re well aware of that. These sort of pubs have no frills and no gimmicks, but are, undeniably, also that bit coarser in décor and atmosphere than most others we normally tend to write about.

The thing is though, we’re quite fond of pubs of this ilk – the drink tends to be cheap, the characters plentiful and the opportunities to send Pintman №3 up to deliver his famed Elvis impersonation are many. In his absence this time around, we’d come to discuss as to whether our ease in these type of pubs is a direct attribute afforded to us from having spent more time than we care to admit drinking into the wee hours in Northside Shopping Centre’s former premiere after-hours spot – The Blacker (aka Liz Delaney’s aka Dusk aka Club Hamunaptra). It was in this sawdust peppered den of iniquity that we served our time and developed the requisite skill-set for conducting oneself in establishments of such notoriety. Some even served tougher apprenticeships than others – with one of the troupe being spontaneously put into a state of semi-consciousness via the means of a choke-hold one evening. His crime? Whispering sweet nothings into the ear of a young lady who, as it turned out, was probably not single after all.

Now we can’t promise it, but we’d be confident enough that you won’t be choked out in the Dominick Inn.

Regarding the interior of the pub, there wasn’t a whole lot to write home about. The seating and tables comprised of traditional stuff mixed in with the odd sofa here and there – the arrangement of these was somewhat haphazard. The physical bar itself was noted as being a nicely crafted bit of woodwork but was at odds with the rest of the room’s sterile aesthetic with the hard flooring and flashing LED lights making for an uncomfortable sensory experience overall.

While the senses of sight and sound mightn’t have been well served on this occasion, we can gladly report that the sense of taste didn’t fair too badly from the experience. The pint, which was priced south of the €5 mark, was a good one and deemed to be of a high standard by all around the table at the time.

And so it was as the wailing tone-deaf strains of a merry youngone attempting her best ‘Maniac 2000’ rang out through the pub we glanced at one another and decided that we’d leave the second round for another time.

You won’t find The Dominick Inn in any guide books any time soon, but that’s ok. The locals enjoy it and so did we. And you should look not one millimetre further if you’re after a few decent pints in unpretentious surroundings that won’t break the bank or even if you just want to knock out a few bars of ‘Killing Me Softly’.

SAVE SWENY’S
Scroll to top