Recently we were philosophising about what it is that brings that certain sense of je ne sais quoi to pints when they’re taken in enjoyable numbers of a Sunday. Having given due regard to theories of Old Ireland and The Sabbath, we came to look on the whole situation more generally and found some consensus that the sweetness derived from a Sunday session is most certainly directly proportional to its inherent risk. Riskiness, when you consider its intrinsic incalculability, is something that borders on the magical. And you don’t need to be an adrenaline junkie out on a tightrope or a high roller staking five grand a hand to get the endorphin rush that risk can deliver. All you need to do is put your next days’ wage or even your entire job on the line and get down to the boozer for a skinful on a Sunday. Fair warning though, I tossed these particular dice a few weeks ago and I lost. 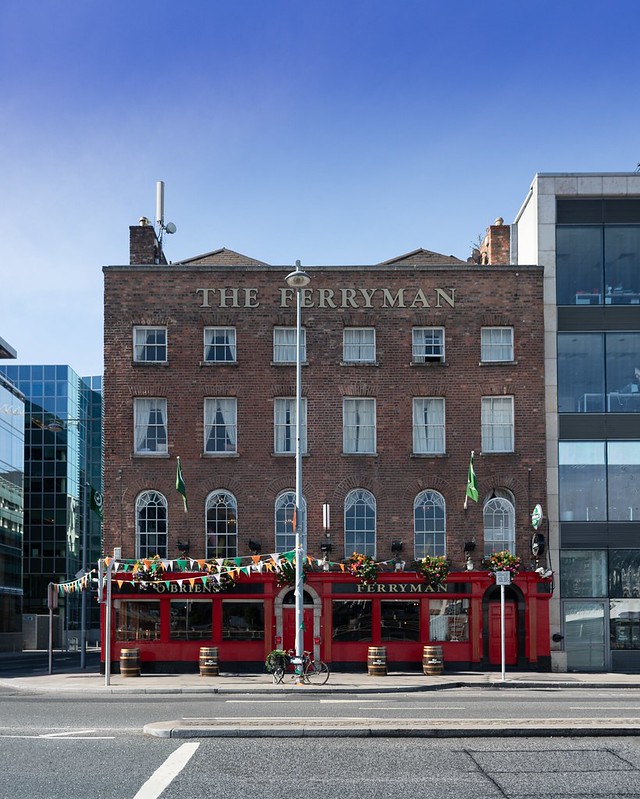 Thankfully this loss brought about no need to hightail it back to hatch number two or to pawn the family silver, the nature of my punishment this time around was to be more sensory than anything. With a humdinger of a hangover the next morning, I rushed queasily down the road to make the last Monday DART that would deliver me to work on time. Sufficiently sardined onto same, I made the horrifying discovery that I was headphoneless. And of course, it wasn’t even a tiny moment after I’d made that realisation when two particular gentlemen, whom I could only describe as the type who would have been dealing with NAMA during the recession, boarded the train. Unfortunately, these boys had no inclination to keep as quiet as the rest of the passengers and set about letting the whole carriage hear their conversation which was convened entirely with the use of business buzz-word bollock-talk. You know the sort of stuff – acronym laden shite that you’d hear the minister for finance yammer on with when he’s speaking about citizens like financial commodities. Anyhow, it was these two gobshites and their overuse of the phrase Silicon Docks in referring to the Grand Canal area that had me thinking of The Ferryman.

Almost certainly named in accordance with the dockland profession, The Ferryman adds to that reverence which (rightly) is afforded to historical working-class figures. Dockers and their ilk tend to be particularly esteemed compared to their inland contemporaries when it comes to works produced from all pillars of culture such as art, literature, music and, em, pub names. And given that the docks are now tech-centric you’d have to wonder if the dockers that future generations will refer to will be silicon dockers. I don’t suppose that it’s entirely unlikely that gravel-voiced troubadours will sing merrily in slip-jig timing about the days of user acceptance testing to patrons gathered around the lounge of The Senior Data Analyst Inn in a century or two. Thank the big fella upstairs that you and I won’t live long enough for that one.

On the medium to large side of things, The Ferryman is a pub whose look is very much timber focused – wooden flooring, tables, and facades abound while surfaces which are not covered with timber are painted in tones resembling such. Ephemera is mixed and follows no defining pattern, but one could pick out plenty of maritime stuff in there to tie in with the name if they chose to. Wrapping around in the sort of shape that almost resembles an L, the bar is relatively open and boasts plenty of seating options. There’s a sizable downstairs bar in the pub too and overall you couldn’t fault the appearance of it. There’s plenty of window space around the street-facing walls of the building too which make for fine people-watching opportunities while you sip away on a pint. And speaking of the pint, it won’t bring about any cause for concern in the tastebud department but will rock the wallet for five and a half euro which is certainly on the higher side of things.

Pintman Nº7 and I were in last over the summer and had a couple of mid-afternoon scoops before heading further afield. The place was ticking over with a customer base mostly comprised of tourists from nearby hotels as well as one or two more local sounding lads who were appropriately garbed in lifejackets. We considered making a bad joke about them falling into their pints but decided against the risk of offending hardier souls than ourselves.

Aside from a pricey pint, we couldn’t criticize The Ferryman too much. It’s a pub that must be commended for having weathered the storm of the recession and managed to keep the doors open when so many others were closing. And given the concentration of industry back into the docklands these days, it seems that The Ferryman should be more than able to stand dockers (silicon or otherwise) in good stead for all their future quayside drinking needs.