We were fairly taken with the whole pintman thing when it took off on the net earlier during the year. It shone a light on a culture we’d been in the middle of for years. It had it all: pints, pubs, and more pints, what more could one ask for.

Unfortunately brand pintman slowly but surely became a victim of its own success and the author finds nowadays that your average facebook “pintman” is a techy seventeen year old who can barely hold a few bottles of smirnoff ice in some midland English wetherspoons, let alone keep a feed of stout down in a Dublin boozer. 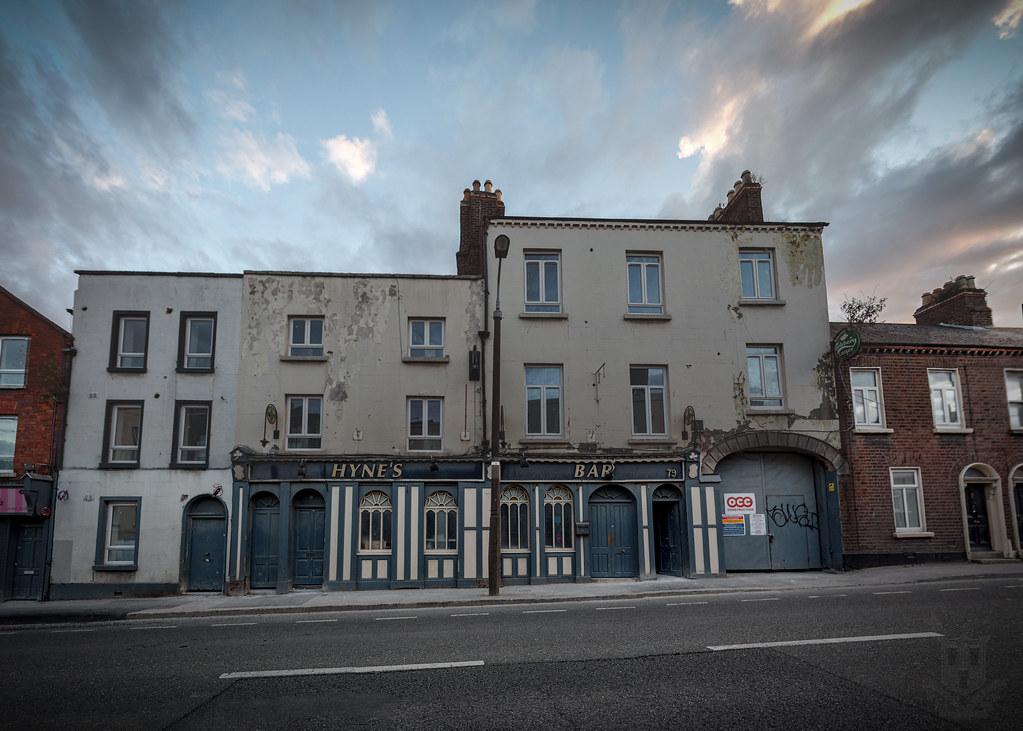 Let it not be said that we’re sad that it’s over be rather we’re happy that it happenedand and just as Rick and Ilsa will always have Paris – We’ll always have Hynes, Paddy.

Hyne’s, became somewhat of an overnight drinking mecca due to the popularity of the aforementioned pintman craze. Said to be the main man Paddy Losty’s local the pub is now enshrined in landscape of famous Dublin boozers. Of course we had to go and have a look.

Entering the bar on a sunny afternoon we sat at the end of the bar and were greeted by the barman who took our order and asked us if we wanted the use of the telly. He put on the match for us and returned us a few top-notch pints.

The long bar boasts a fair amount of exposed red brick which the majority of us agreed was pleasing to eye. Our table was a repurposed singer sewing table which was a taking point also. The place was nicely lit given that the sun was beaming from the door straight through the length of the bar. One of the lads reckoned it was a bit spiritual “like newgrange and tha” but that was probably just the pints kicking in.

The locals were good craic and Paddy’s legacy was well protected with the amount of pints been put away by some of them. All in all Hyne’s is a solid shop. Great pint, great staff and sound locals. Well worth a look.