Lately, I’ve been finding myself lying awake at night pondering a big question. This question isn’t of an existential variety, no, no. I’m fine with reflection on the afterlife and the greater universe for the moment, the one question that’s currently interrupting my sleeping pattern is that which queries whether Jimmy Rabbitte’s, the pub on Camden Street, was named after Jimmy Senior, Jimmy Junior, or both. There’s also the frightening prospect that the pub might have been named after someone other than one of the two characters in Roddy Doyle’s Barrytown trilogy. 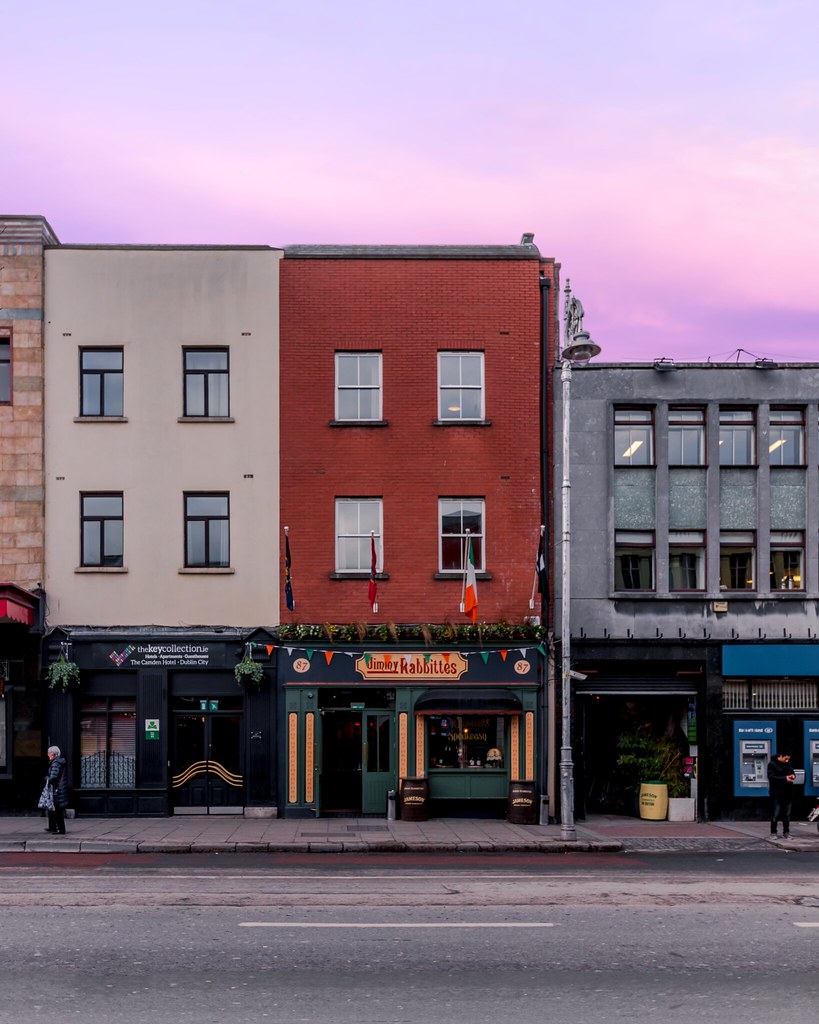 It might be reasonable to assume that Jimmy Junior is the man in question here, given that his band – The Commitments do in fact rehearse in the space sat above the pub during the movie adaptation of the of the book which bears the band’s name. But it can’t be that simple really. I mean, who wouldn’t want to name a pub after Jimmy Senior. Colm Meaney’s portrayal of the foul-mouthed, pint-drinking loveable family man is one that is beloved by the entire population of this country. Ah, alas – maybe some questions are just too big for this life.

A relatively new pub, Jimmy Rabbitte’s is an establishment which myself and Pintman №2 have darkened the door of no more than three times and no less than two. Upon our first attendance within the boozer, we found it sparsely populated with the exception of a table with what sounded to us to be an English lad. This particular lad, who wasn’t the worst looking chap to be fair to him, was a bit of a hit with the ladies who at the time, one and all, seemed to be making it their business to approach his table for a chat. Feeling a pinch of inadequacy from the whole situation, Pintman №2 and I reminded ourselves of our inner beauty and made for a table with two pints of plain.

Pint-wise we recall the standard as being nothing too above average but of an acceptable level all the same. The last note of price we took put the pint of plain at an even fiver. But we’d expect that to have risen by now given the time elapsed since then. Aside from stout, the range of gargle was pretty plentiful and seemed to have something to appeal to a wide range of the drinking public, particularly those who fancy a gin from time to time.

The appearance of the pub is what we might describe as modern-retro. It might seem hypocritical of us to say that we liked the place given our thoughts on its nearby neighbour – Devitt’s. But as the installation of this boozer did not require the tearing out of an old gem we’re happy enough to figure that this is one of the few times that we’re not contradicting ourselves. With its solid wooden flooring underfoot, wood panelling on the walls and exposed wooden rafters overhead – the pub keeps a certain rustic charm. For decoration – there is any number of quirky surreal scenes framed upon the wall-space while enough postcards to stock a souvenir shop sit affixed to the rafters. Snug lovers can rejoice in the knowledge that this pub boasts one of the capital’s newest snugs, the modest-sized compartment sits toward the front of the pub. Not stopping there with older conveniences, the underside of the bar offers the option of hooks for jackets and bags. Interesting too beneath the bar sits a definite sign of the times in the form of USB ports. The modern hook perhaps?

I suppose we could put a bit more of an effort in and actually figure out specifically whom this boozer is really named after. But maybe the mystery is half the craic. Oh, and we eventually found out who that English fella was when the women in our lives put two and two together. They wasted no time in berating us, angrily asking “how on earth” we didn’t recognise Jude Law “sitting right in front of yis!!??” – a question we each could only possibly answer one way…

The Back Page: Phibsborough Road
Scroll to top