There’s an old proverb that I’ve adopted into my lexicon over the years which states that what is seldom is wonderful. Granted that this is an adage that I doubt too many persons involved in the task of tracking asteroids would be partial to, it’s one that I find can ring true from time to time, one such time happened a few weeks ago. 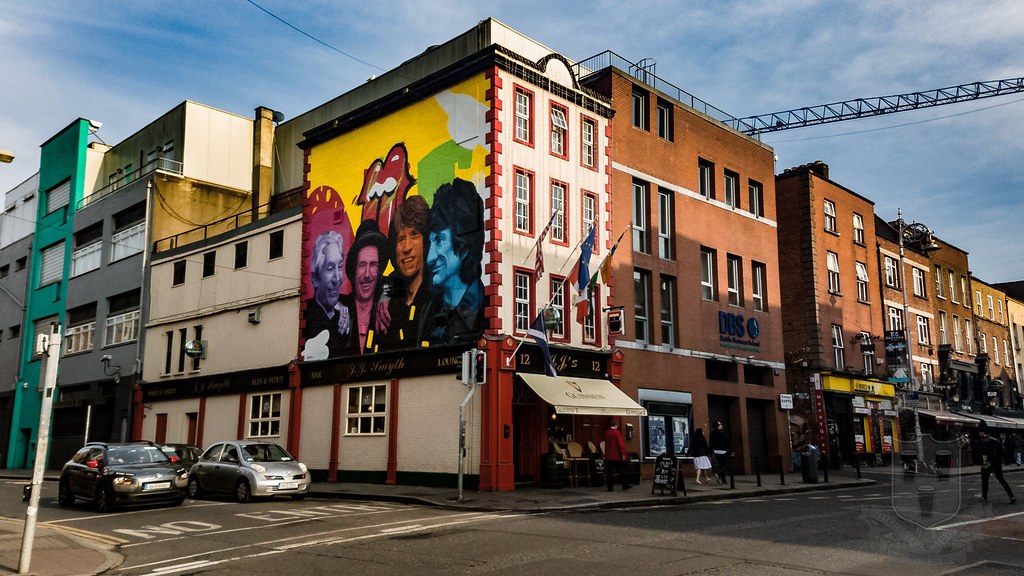 It was late enough of a Saturday evening when a text came through from Pintman Nº2; yours truly was hauled up on the wagon recovering from the physical and financial perils of a recent jaunt around Toronto where he’d tried to do a Behan and “Drink Canada Dry”. The text message, as it would transpire, was to inform me that Pintman Nº3 was home for the grand duration of one and a half days and that a hurriedly planned session had entered the tendering stage. Remembering the aforementioned wonder of infrequency I decided I’d borrow a few quid and postpone my recovery for another weekend.

The next afternoon, the full DublinByPub contingent set out on a crawl around a few beloved boozers in town. After hitting two or three pubs we decided to make our way to The Long Hall – as we did so Pintman Nº2 and I brought Pintman Nº3 up to speed on what he’d been missing – telling him that one headline that he had missed out on was that about The Chancery Inn having been put up for sale for €1.7M. As I asked the two lads whether they reckoned we should pool our resources and put in a bid, Pintman Nº3 was quick to put any potential venture to bed by remarking how the proposition had been made by someone who “had to borrow fifty quid to come out for a few pints today”. This interaction, as luck would have it – is a fine segue into what we have to say about what would befall us as we came to the next junction.

Now, it’s fair to say that we pick up a good amount of information as we journey around the boozers of the city – anecdotes and facts relating to music, history, architecture and politics are all pretty commonplace. But one thing we don’t tend to gather on our wanderings, and this may be solely down to our poor acumen in matters related to finance or commerce, is worthwhile business advice – we simply don’t encounter it. But on this particular afternoon, as we strode toward JJ Smyth’s and the crowd of snap-happy passers-by gathered outside, we happened to come up with DublinByPub’s first (potentially) worthy piece of business advice, and it can be surmised in one single word – Murals!

As can be seen in the image attached, a bare gable end is nothing if not a good spot to get creative. JJ’s were obviously using their heads when they allowed the astoundingly talented Subset Dublin to ‘Paint It Black’ (sorry) and throw up a portrait of everyone’s favourite pensioners – The Rolling Stones. There have been two other phenomena over the last year which have had a similar buzz about them whereby they became plastered all over social media – namely the awesome Bordalo II work on the side of The Workshop and Irishtown Brewing’s fantastic mural which covered The Hairy Lemon’s façade for a while last year. So if you’re looking to get your boozer onto the screens of people’s phones and you have a spare bare wall, you know what you need to do.

I suppose we better get on to saying something about JJs at this stage, this boozer wasn’t actually on our itinerary on this particular afternoon, but we can’t resist a cheeky detour now and again, so in we went. The pub, which is well known for the Jazz Club which was housed in its upstairs bar up until recently, wasn’t all that busy when we arrived during the middle of the afternoon. There was one or two locals at the bar, one of whom looked like he was ‘waiting on a friend’ (sorry) – the radio was playing a playlist of Led Zeppelin tunes which we all agreed was in keeping with the new rock-and-roll aesthetic set by the mural. We were greeted gregariously by a woman behind the bar who was as friendly as she was energetic – she promptly sorted us out with a few pints as we settled in before proudly telling us of her love for her job and how she was ‘born to be behind that bar’. Enamoured by her passion, we enquired as to how long she’d been in JJs – ‘about two weeks’ said she

Appearance-wise the pub is pretty traditional, which was a welcome sight to us – scarlet coloured walls and carpet couple well with the couch seating which is a sort of faded shade of pine, this runs the full length of the left side of the bar with several octagonal tables sitting at intervals along the run. Pintman Nº3 was quick to prove that he hadn’t lost his keen eye over on the continent by quickly noticing the old disused call bells which sat recessed into the wall behind the couches – a nice touch, we all agreed. The bar itself sat about two-thirds of the way toward the end of the pub and was of a medium size and constructed with dark wood.

The pint came in at €5.20 and received a chorus of approval from all around the table as they finished a first sup in unison. Pintman Nº3 enjoyed his with a toastie which he critiqued by exclaiming “Grogan’s is safe anyway”. When we finished up, the woman behind the bar turned on a bit of a persuasive charm and tempted us to have one for the road, and although she nearly swayed us we ultimately opted to continue on crawling having given her our assurance that we’d be back another day, a statement we definitely meant.