Sitting splendidly on South Anne St. – the vibrant colours of Kehoe’s facade are a welcome and familiar sight to many Dubliners. The pub, which judging by a cursory google, has sat for its fair share of paintings is one which is well regarded amongst the great Dublin Pubs and as such was awarded the accolade of Best Pub in Dublin earlier this year.

We last visited over the summer on a Friday afternoon hoping to beat the afterwork crowd. The first notable feature of the pub was the front doors which open saloon style in either direction; we arrived in to find the pub thronged and not a spare seat in the house. Feeling all John Wayne after our entrance we considered bullying someone out of their seat but thought the better of it opting to prop up a spare ledge instead. We called for two scoops we came to realise that the pub’s proximity to a bookies may have been the reason for it being so busy, so early.

As a hefty portion of the patrons heckled the horses on the television, we looked around to take in the surroundings. This is a pubs that is as famous for its exterior as it is for its interior, generous sized crowds often hoard outside when weather permits, thankfully this day it was raining so we sat on our preferred side of the threshold – the inside.

The pub is of a Victorian persuasion and therefore contains all the usual furnishings of such boozers; A coveted snug sits to the front of the main bar, wooden partitions segment the bar and a well carved structure of woodworkings make up the back of the bar. The lighting is increased beyond the standard of contemporary Victorian houses by the cream coloured ceiling and walls. The embossed wallpaper further fits out the aged feel to the pub, while neon signage takes you from the 1860s to the 1960s.

Aside from the main bar there are plenty of other nooks, crannies and even the odd parlour situated throughout. The pub fits our idea of what constitutes a great Dublin boozer. The pint was great (aside from the usual inflated D2 price) and we noted that they quality team was in looking after the lines when we were in.

As its recent award would suggest, this is a big hitter amongst the cities boozers. We’d tend to agree. 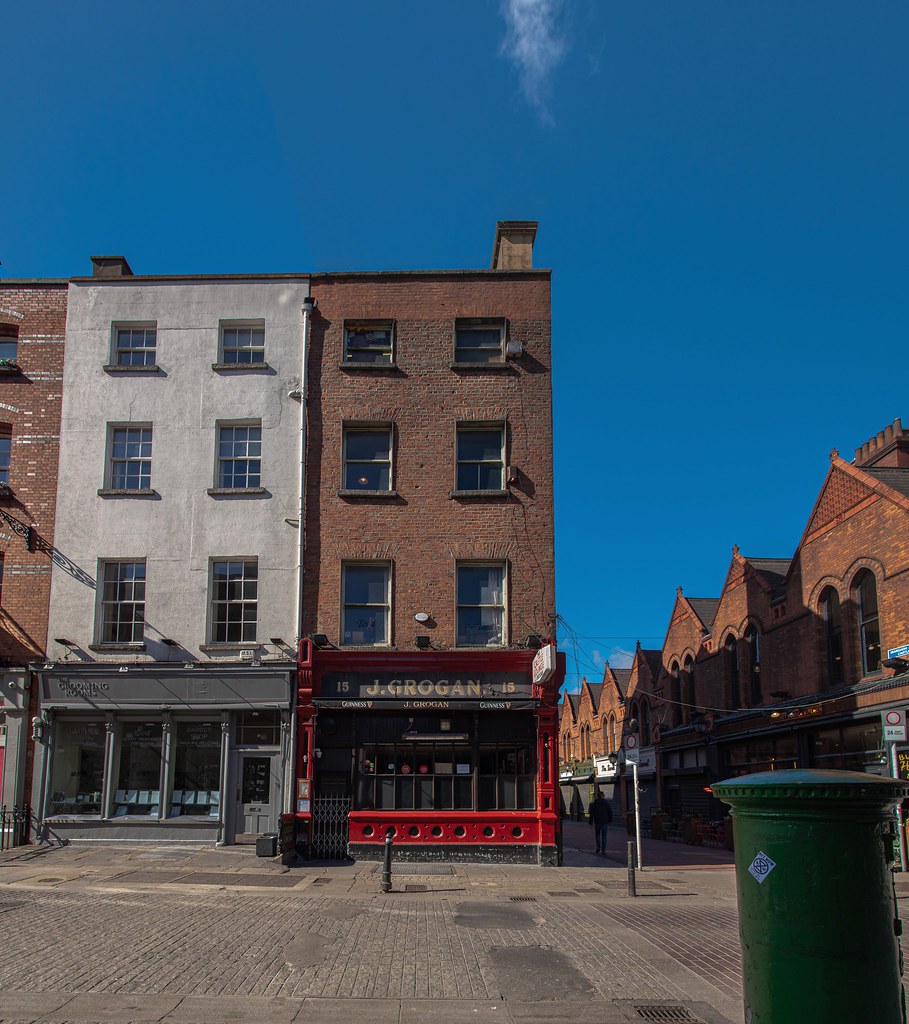