It was a few years ago and during the course of a casual conversation with a colleague that I came to realise that Lloyd’s of Amiens St. was a pub I needed to visit as soon as possible.

Being on the occasion of having recently started a new job – I found myself talking to a well-established member of staff for such a substantial duration that platitudes and my grossly limited knowledge of football would no longer suffice in their efforts to sustain the conversation – so I changed to the subject to pubs, which is when he said it.

With the topic in hand – this colleague came to mention Lloyd’s on Amiens St – he remarked on how the pub was one he was familiar with as it was his grandfather’s local, before suffixing the statement by calmly adding that his grandfather “wrote his will in there”. This is a boozer I need to see, thought I. 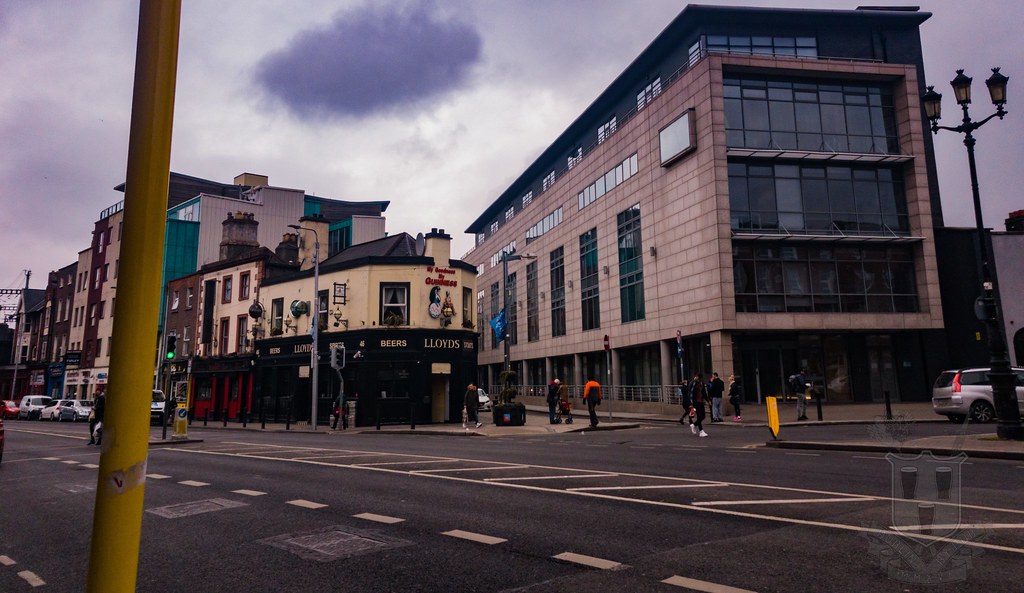 A bit of a North Inner City institute, Lloyd’s sits on the corner of Amiens St. and Foley St. A medium-sized sort of pub – its interior follows an almost hook-like shape with regard to its floor space. Wooden flooring sits underfoot at the front of the pub while carpet takes over at the back section. Seating is comprised almost exclusively of low tables which are complimented by stools and couches – all of which are neatly upholstered. We spotted just the one high table which was located close to the bar.

The bar itself is flanked by the expected couple of stools along its length and is a fairly solid looking structure. Built of carefully varnished dark wood, it contains a well-branded header which wouldn’t struggle too badly to inform the blindest of patrons that they are in “Lloyd’s of Amien St. Est. 1823” – this statement is made twice in appealing gold embossed letters, each instance of which is separated by a clock which is recessed into the wood.

Pictures hung upon the wall mainly relate to sport and one in particular caught our eye so much that I’ve just spent an hour on google looking for it. The image (below) is one of a seven-a-side football match in an historical inner-city area toward the rear of Gardiner St known as The Gloucester Diamond. 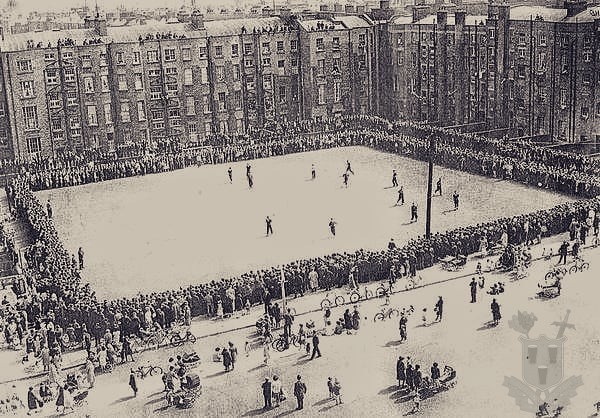 It’s been a good year and a half or more since I last darkened the door of this boozer, but Pintman №2 and №3 happened to drop in a few weeks ago and found themselves surprised to discover that the pub was showing television coverage of a certain wedding that a group of high profile tax-dodgers were hosting in a neighbouring state – y’know the one.

Finding themselves on the end of the type of look someone might receive from a group of locals in a pub that they aren’t known to frequent – Pintman №3 quickly piped up to disarm the gang of regulars by enquiring as to whether they had bought the wedding in “on the pay-per-view”. After a bit of a chuckle, the lads hastened to insist that the viewing choice was solely for the benefit of a woman who happened to be in cleaning the pub – a statement that Pintman №2 classified as a dubious one given the comparative level of interest shown between the gang of lads and the cleaner.

As the rest of Pintman №2 and №3’s time elapsed in the pub, they were also to meet another character who Pintman №2 describes as bearing a striking resemblance to Bricktop from the movie Snatch. While there, Bricktop spent his time brandishing a cheap sharpening stone he had acquired that day. When asked what he was doing with such an item he responded that it was to sharpen his knives, “in case I need to stab one of you bastards”. The lads legged it shortly afterward.

I’m also assured that the pint in Lloyd’s is still up to the high standard I remember it as previously being at – and still very competitively priced to boot. So if you’re looking for a good pint or a few characters, or if you’re just a closet West Brit seeking like-minded drinking buddies – Lloyd’s could be the place for you.