Once upon a springtime’s evening, myself, Pintman №2 and a handful of other drinkers had found ourselves wandering merry through the streets of the capital. We were undertaking that grandest of Irish Sunday traditions – bouncing from pub to pub in the late spring sunshine attempting to assuage that impending doom of Monday morning with craic and pints.

We had started in The Liberties and had found ourselves up that long and boozy boulevard which contains streets Wexford, Camden, George’s and Aungier. Our intention was to make slow headway back to The Northside when we came to The Lucky Duck – one of Dublin’s newest pubs at the time. It looked decent, and in a time when we hadn’t any notion of who PressUp were – it offered no preconceptions, either. So, we decided to drop in and check it out. 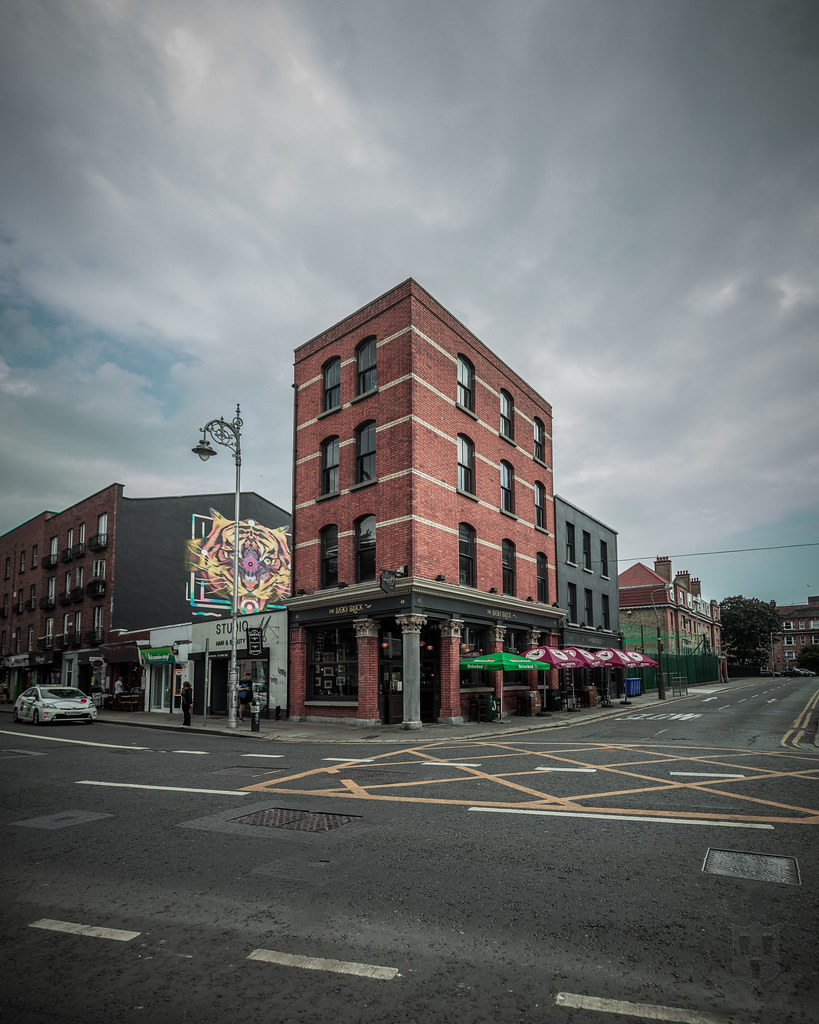 Standing at the threshold of the pub, we were met with the one thing which singled it out from others – the addition of a bouncer on the door. A certain anomaly for a normal pub of a Sunday evening. Having been scrutinized by our craictoseintolerant friend, we just about made it into the pub and happily found ourselves, a pint or two later, acquainted with two middle-aged local women who took it upon themselves to enthral us – their willing audience, with tales of the pub in its former guise – The Aungier House, or The Danger House as it was known to them. We asked them whether that name was warranted back then, to which they replied – sometimes.

As mentioned prior, the pub is operated by the much-maligned PressUp group and was opened in 2018, ending a two-decade-old spell of dereliction. The opening of the pub also happened to render an algorithmically generated route which solved Leopold Bloom’s much-quoted puzzle (about crossing Dublin without passing a pub) null and void. Take that, computer nerds!

The interior of the pub is newly kitted in a similar Victorian style to some of its nearest competitors. It merges newly purpose-built elements alongside apparent repurposed ones and contains a medium-sized snug at its Aungier Street side. A copper-topped bar runs most of the length of the space completing the look. It’s a very good-looking bar, certainly the most attractive in the Pressup portfolio, in our opinion.

Another feature of the pub which you might notice as you walk down Upper Digges St. is the collection of Delft Houses, which adorn shelves in the window. Cian, over on EveryPubInDublin, has identified these as souvenirs which were distributed by Dutch airline – KLM. These are noteworthy, as they refer to the intended name of the pub – The Dutch Billy.

We’re not entirely sure why the pub is called The Lucky Duck. We toyed with the theory that it was probably a name that was chosen in keeping with the avian pond-dweller theme established by the nearby (and excellent) Swan pub. Or possibly that it could be connected to other Dublin hostelries containing the word Duck in their title – there being two: The Dalkey Duck and The Wild Duck. Neither of these theories would prove conclusive.

What we do know is that the pub was to be called The Dutch Billy under the assumption that the structure containing the pub was an original Dutch Billy (A Dutch Billy is a specific architectural style of house which was built in Ireland during the 17th and 18th centuries and was named after King William of Orange). Plans for this name were so far advanced that a web domain was registered and a sign painted. But given that the above assumption proved to be incorrect, the name was changed late in the game.

The pint, on this maiden occasion, was noted as being acceptable, though not exceptional. Price was not recorded at this time, though there was an outburst worthy of a warning from the bouncer when the price of the toasty was revealed to us. This price, while remembered as being somewhat outrageous at the time, was also not recorded. In the latter half of 2021, the Guinness is now recorded as having been well presented but leaving something to be desired and was priced at €5.80 per-pour – a far cry from the £1.70 previously charged in The Aungier House, as reported in The Evening Herald in 1995 which, further on in the edition, reports the price to be one of the lowest, if not the lowest, in the city. 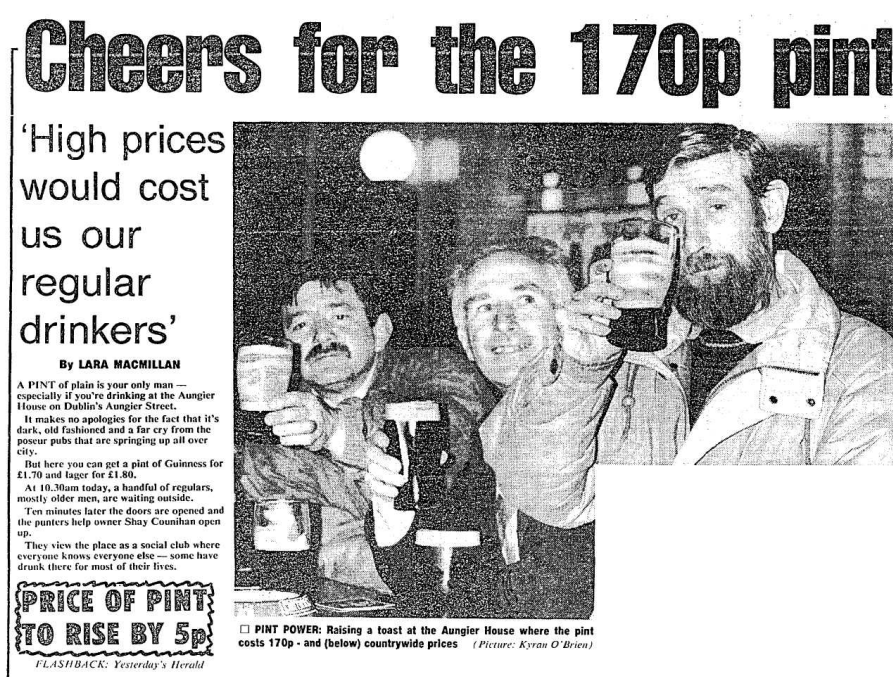