Amongst the wooden Victorian grandeur of the bar fitted in The Palace on Dublin’s Fleet Street there sits a glass case that houses the bust of a stern and sullen faced man surrounded by a number of aged and rare looking bottles of liquor. On the glass cover of this cabinet a sign reads: “A bird is known by its song, a man by his conversation.” The sign which sits behind a bar that has hosted conversations since 1848 is one that we would argue is well placed. 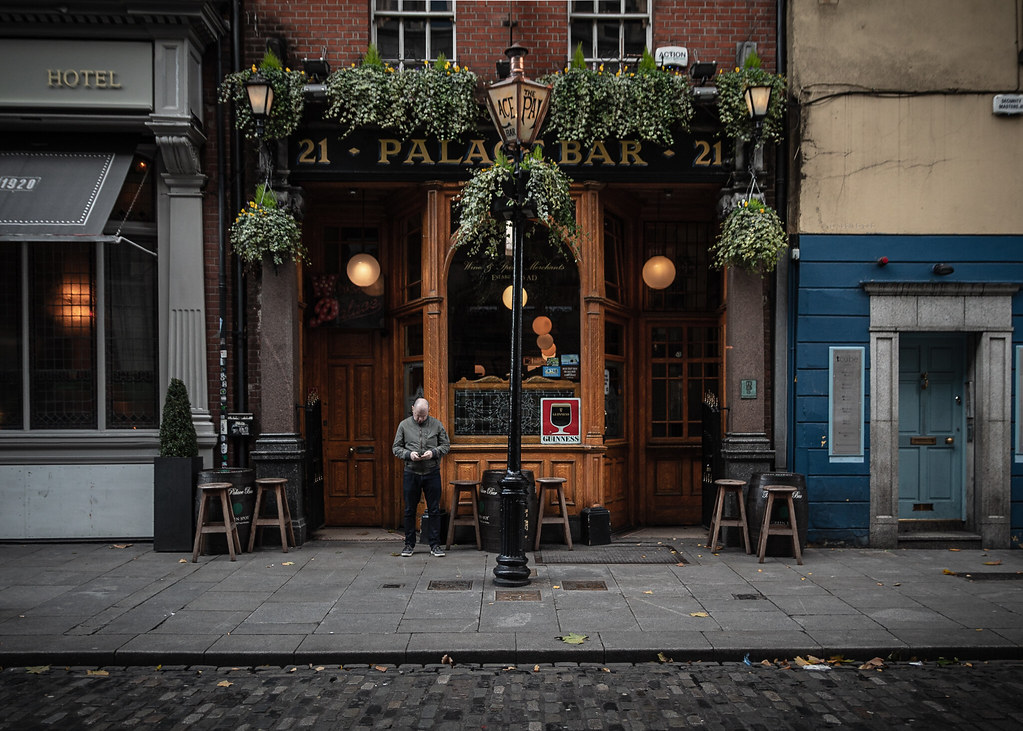 One of the jewels in the crown of Dublin’s landscape of Victorian heritage, The Palace is a pub that fits snugly into the “what can we say that hasn’t already been said” bracket of boozers. Known for its links to the fields of literature and journalism it’s a bar where the images of famous figures that adorn its walls are not mere lip service to an established aesthetic but are actual portraits of former patrons. Having been described as a “most wonderful temple of art” by Patrick Kavanagh way back when – and sitting upon the fringe of the tourist district of temple bar, the pub could definitely be described as a gem, but most certainly not a hidden one.

On occasion, we’ve referred to this boozer as being, from our perspective, a victim of its own popularity – the occasion usually being weekend nights when we couldn’t get in the door, but this is no negative critique. When we’re in here it’s usually at an earlier hour and when the pub can be admired in its full glory. Brandishing all the hallmarks of a Victorian city pub it proudly contains a small snug at the front of the space complete with access to the bar. The bar itself runs the length of the narrow pub’s main space being segmented every few metres with wooden dividers. Alike many other aged pubs in town – it then opens up toward the back allowing the room for lower seating and is illuminated by a large skylight above.

The pint here is up with the best pours in the city, we’ve yet to even encounter a mediocre one upon any visit we’ve had. There’s a hefty emphasis placed on whiskey here too, the pub having their own name brand of whiskey for sale amidst their otherwise impressive collection. We’d also have to give an honourable mention to the whiskey bar upstairs in the pub which is a fierce cosy little enclave to enjoy a dram in.

The Palace Bar is one of a number of pubs in the country that could be not be described without reference to Dublin. It is a pub that is idiosyncratic of the capital city of this country and is another bar that is a living example of why pub architecture should be preserved and maintained rather than being bulldozed to make way for trendy fit-outs. We’d only be too happy to recommend anyone to give it a try, just be sure to get in before the crowds.