A couple of posts back you might remember that we were drawing parallels between pubs and books. Well, rejoice ye lovers of poorly constructed prose because here comes this poorly effected simile once again. 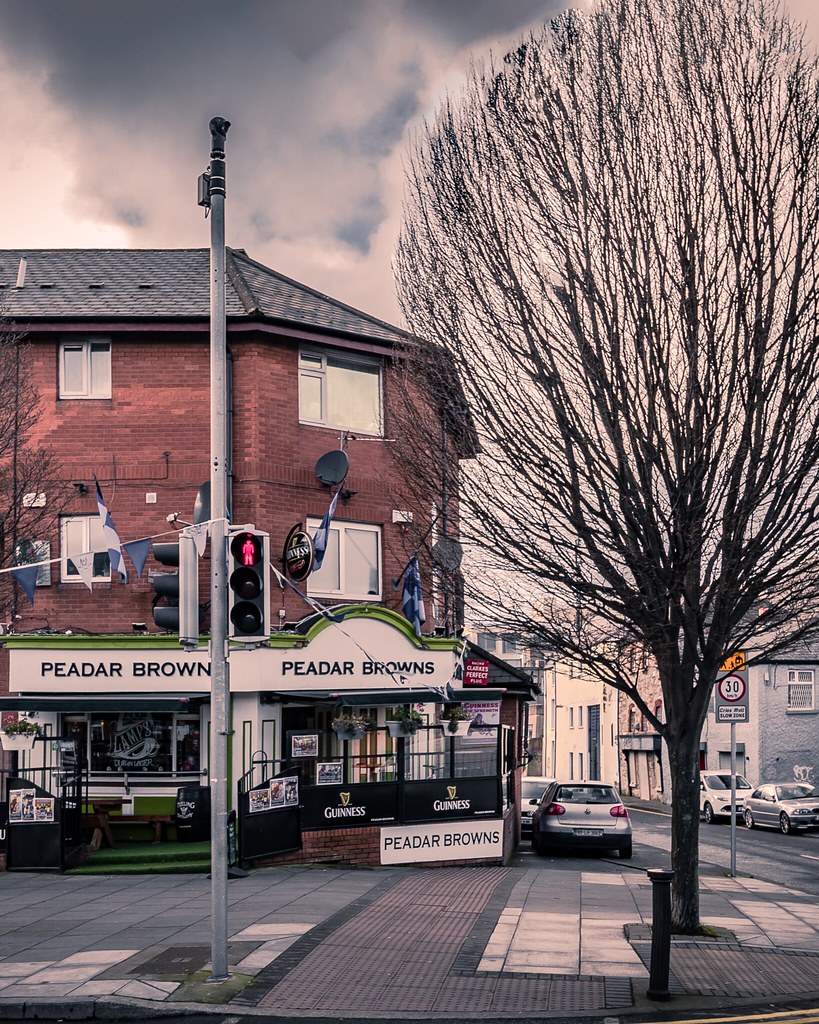 Pubs and books… consider, if you will, the similarities between the two – how both a pub and a book are home to many a great story, both have acted as vehicles for education and enlightenment for as long as we care to remember, and both are a source of refuge where the common man can go to escape the mundanity of ordinary everyday life.

Keeping that in mind, let us say that as we continue to wade through the convoluted task of drinking our way through the entire network of boozers in dear old dirty Dublin town, we’ve come to recognize a great many parallels between the pubs of our beloved capital city. We’ve identified things that are true of some pubs and have also come to recognize some traits that can be attributed to all pubs. It’s one of the latter of these two observations that brings us back to our initial thought – given that it’s true that of all books that they should not be judged by their covers we’d argue that the same sentiment can be applied to pubs regarding their façade.

Taking the pictured Peadar Brown’s here as an example, it’s haphazardly decorated frontage sitting amidst apartments and fast-food units just don’t really constitute the type of composition typical of the more refined imagery you’ll find adorning products upon the shelves of souvenir shops. And this is, at least for our own selfish reasons, a good thing. For if an image of Peadar Browns’ facade could convey the level of craic available inside – the place would be besieged by every imaginable incarnation of plastic paddy conceivable, and within days it would be rendered uninhabitable for discerning drinkers like you and me.

It was the weekend of the All-Ireland Football Final last year when Pintman №2 and I had fallen afoul of the ire of the man behind the taps in Fallon’s (we love you Fallon’s but good jaysus can you be a narky one.)Deciding not to tarnish our perception of the pub any further, we decided that it was high time that we ticked Peadar Brown’s off the list. Heading southward up to Clanbrassil Street we soon found ourselves at the threshold of the pub which had temporarily rebranded itself as Jim Gavin’s in tribute to the Dublin bainisteoir himself. Tentatively we crossed the threshold to find a pub that we instantly regretted having not visited sooner.

With tiles toward the front of the pub and beautifully weathered wooden boards flooring the back end, the pub is decorated traditionally throughout. The ephemera around the place is in plentiful supply and ranges from local and national history to sport to the usual knick-knacks like vintage beer and cigarette advertisements.

Amongst the more traditional décor, there is a theme to be found. Denoted by painted bodhráns, as this particular theme tends to be, we recognized a definite Republican flair to Peadar Brown’s. With portraits of the signatories of the 1916 proclamation and the prominent placement of the green Irish Republican flag over the mantle, it’s not the type of place we personally would have been advocating a visit to for any of the lads in white rugby tops that we encountered culturally appropriating African American slave song around temple bar over the weekend just gone. We’d also be wary of bringing any Rangers fans in too, we noted the pub to be a bit of a hub for Celtic fans given the couple of die-hard hoops propping up the bar early one Sunday taking in some inconsequential tie with a rival from the bottom of the league table.

Upon our first visit (which would inspire plenty more) we settled in with two jars of Arthur. Having counted the change returned and calculated them to have impacted the pocket to the tune of €4.60 apiece, we turned our attention to the quality. And let us say that these gargles were as creamy as that poxy couch in your granny’s front room. Served in the preferred tulip shaped vessel, we found no fluke to be identified with the quality remaining constant throughout the duration of our first session here, and let me tell you – it did end up as a session. With the sole intention of dropping in for a pint or two to give the pub a try, Pintman №2 and I soon realised we’d be here for a longer spell than initially intended.

As if being satisfied with the atmosphere, the gargle and the aesthetics wasn’t good enough, Peadar’s had another ace up its sleeve. We were barely into our third pint when we came to notice a growing assembly of musicians beginning to occupy the back section of the pub. In ones and twos, we observed the arrival them – a guitarist or two first, then a piper, then a fiddler and then plenty more besides. By the time we were halfway through our fourth pint we were front row to a blistering All-Ireland eve céilí and Peadar Brown’s had captured our heart.

So you may take your picturesque rip-off dens festooned in fairy lights and hanging baskets. They might look the part on a calendar or a postcard or a fridge magnet. But no such piece of overpriced tat could possibly deliver the type of craic that you’ll find within the walls of Peadar Brown’s. This pub is a pillar of its community, a place of music and culture, a proper public house! This is a real Dublin pub!