There was a moment there in 2017 where we were getting a bit worried about the state of the Dublin pub scene. Borne from the increasing number of pubs closing their doors our concerns were compounded when we realised that many of these were boozers that had been operating as far back as we could remember. 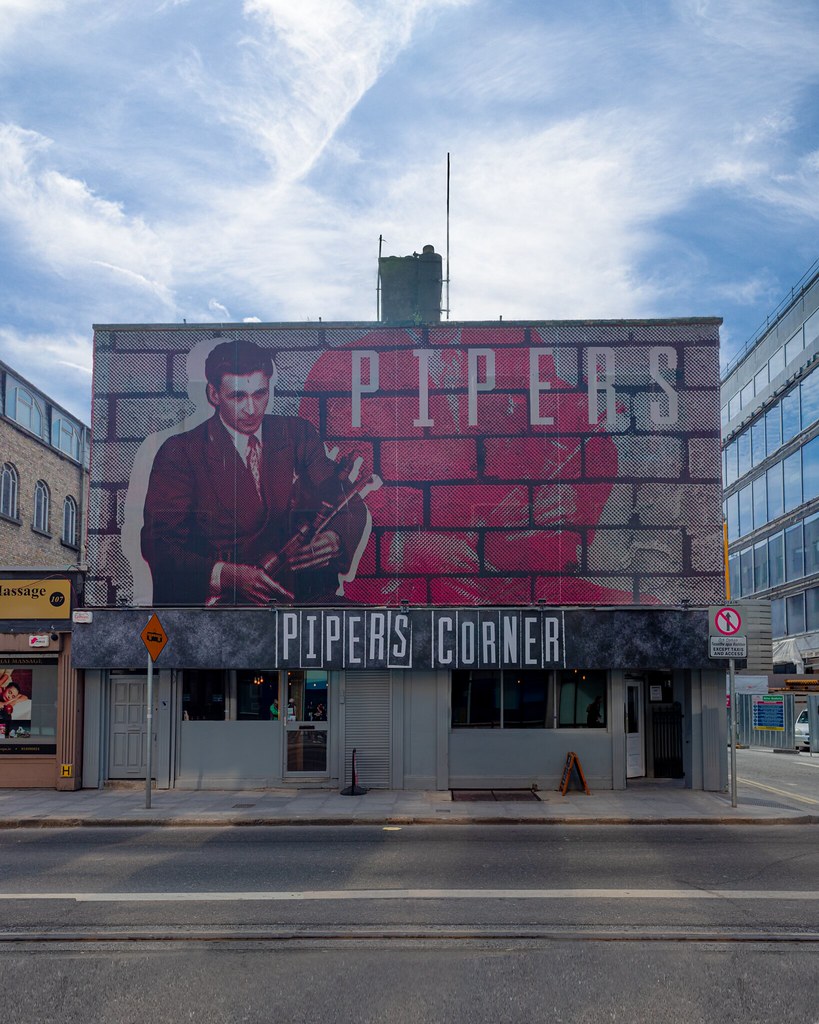 Now granted we’re still sore from the loss of The Sackville Lounge, our 2017 grief subsided somewhat when some new pubs sprung up here and there. The first of these caught our attention when we noticed works ongoing at the site of Sean O Casey’s on Marlborough St., the most notable feature of which was the new façade which had been decorated with what this author safely assumes to be the largest image of Seamus Ennis ever printed.

Seamus Ennis for those not in the know was an Irish musician who was most famed for his prowess when it came to playing the indigenous Irish musical instrument – The Uilleann Pipes. The Uillean pipes are an interesting instrument, less discerning ears will tend not to describe them as a pleasant aural experience, but if you’re anything like ourselves you’ll find that the drone of the air passing through the chambers of these pipes will unearth your inner seanchaí and inflame your desire to wander barefoot across the breadth of the country, imbibing solely on whiskey and communicating only in song.

The pub opened last July promising live trad seven nights a week – a statement that had us terrified with the thoughts of pricey scoops and Galway Girl on repeat. Thankfully these were to remain mere nightmares and the pub has already become a hub of activity for all those seeking authentic traditional music.

The interior of the pub is no ornate affair, dark blues are contrasted with plain whites which give the pub a brighter look than most others. The materials are rough and ready – my companion, a carpenter by trade, couldn’t forgive the fact that the back bar was made from a material he reliably informed me to be OSB board. But I liked the overall look of the pub and argue the point that it’ll wear into itself naturally, as all traditional pubs should.

The drink is a mixture of craft and usual fare and should placate the adventurous and the purists alike. Our usual pint of Guinness came in at an even fiver, and was consistently well poured.

The Piper’s Corner is certainly our favourite new Dublin Pub. It’s authenticity is a breath of fresh air in a Dublin smothered with establishments offering homogenised and expensive ‘experiences’ in the guise of anything from New York glamour to Budapest chic – Long may it run!