It’s fair to say that we’re fond of drinking in The Liberties, we find that having a pint there tends to make us suburban dwellers feel more authentically Dublin. That said, we’re no experts, and a while back when we had finished up a few pints in Fallon’s and were considering our next course of action one of the lads suggested that we tip down to Shanahan’s for a look. The only response I could muster to this suggestion was to wonder aloud as to where in the name of jaysis that could be. 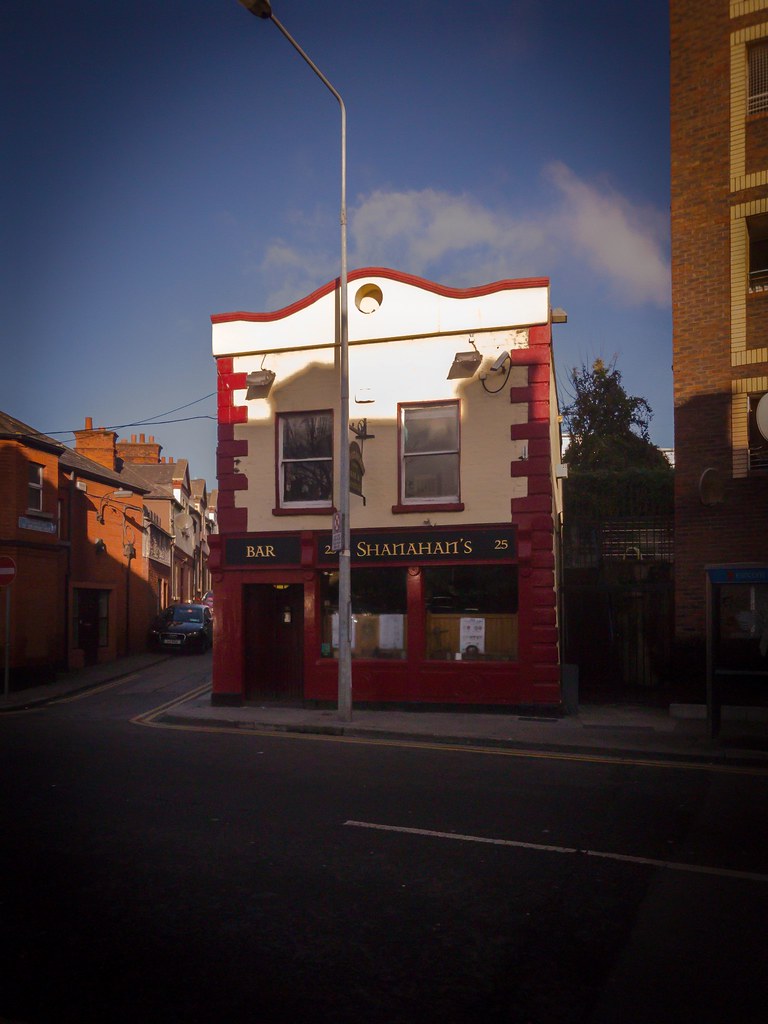 This is a case in point about why Ireland and Dublin are a wandering pub lover’s paradise. The haphazard, ad-hoc street layout afforded to our home soil gives rise to little hidden nooks and crannies that could only be dreamt of in the symmetrical gridded streets of the USA. Following the trail of The Coombe we tipped on down toward Shanahan’s.

The pub is unassumingly situated amidst residential properties of varying types, a plain red facade fronts the pub which is of a small to medium size. We headed towards the raised section at the back and were greeted by a very welcoming barman who quickly furnished us with three top notch pints, even delivering them to our table.

The fit out of the pub was traditional yet the furniture looked relatively modern – it being in a fairly clean shape. The locals were in good form and left us to it when our conversation became a bit heated with the drink after we disregarded one of the golden rules of drinking and steered the conversation toward a political nature.

Once we had all settled down and had managed to find common ground again we agreed that we’d happily return to the pub, as we left and were bade a farewell by the friendly barman we vowed to do so before the year expired.