It was one of them poxy November evenings where the depression onset from daylight savings’ early darkness had begun to set in. The rain was pissing out of the heavens and train was rammed. A pint was in order. As I drew closer to town I fumbled amongst the crush to retrieve my phone and made a call to Pintman №2, inquiring after the progress he himself was making into town. “Still in poxy work!” says he. “Bollix to that” says I.” Grab a spot somewhere and I’ll follow ya in sure” says he. “Grand” says I. 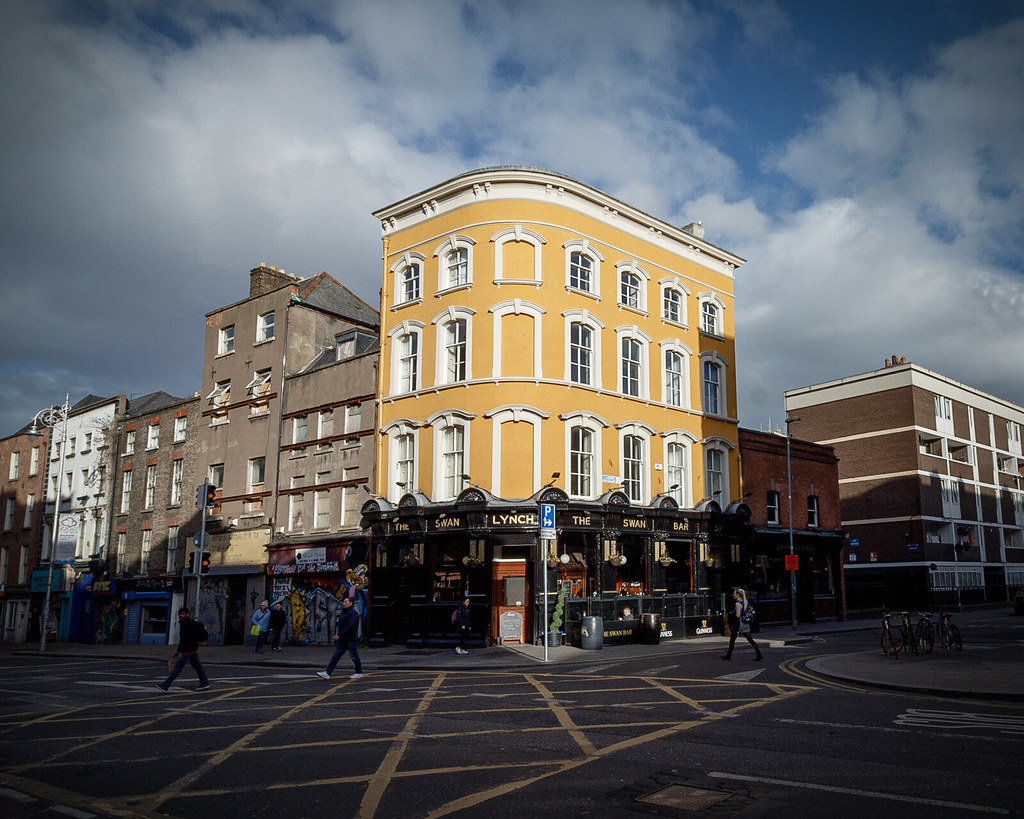 So after disembarking I wander up Westland Row and head toward the Grafton St. area. A quick bit of sustenance and I’m on the look out for a pub only to make the unfortunate realisation that everywhere is jammed with the only thing worse than the Christmas party crowd: The early Christmas party crowd. All of them carefully gowned in their illuminated woolly jumpers and fluffy red hats.

In the midst of my frantic dash around the South City Centre trying to find any boozer with a spare spot and a lingering degree of cosiness, I find myself pushing ever so further out of the city. And then as I wander around by the back of the College of Surgeons, it comes to me. The Swan! Of course! Up to the swan I hastily traipse to find the place reasonable populated and with enough spare seats to lighten my mood. No sooner have I placed my sopping coat on a high stool do I have a good pint of plain in my hand and all is okay once again.

The Swan as it turned out was the best possible pub to arrive into from a rainy November night. Another Victorian gem with all the furniture and fixings one should expect from a Victorian spot. A marble bar runs the length and is nicely complimented by the mosaic tiling on the floor. Another essential visit for seekers of authentic historic Dublin Pubs.

Content again I make another phonecall to Pintman №2 who is less than impressed having found himself on a stationary train. “Why is it stuck?” says I. “There’s a swan on the tracks at Landsdowne” says he. “Jaysis” says I. “Where did ye settle in the end” says he. “The Swan” says I. “Fuck off” says he.