In the case of pubs, placement can be everything. A pub can be well placed for a number of reasons, its centrality in a city, its proximity to a residence or its proximity to a focal point like a stadium or shopping centre. T.P. Smith’s which is both relatively central and very close to the Jervis centre could be said to be quite well placed. 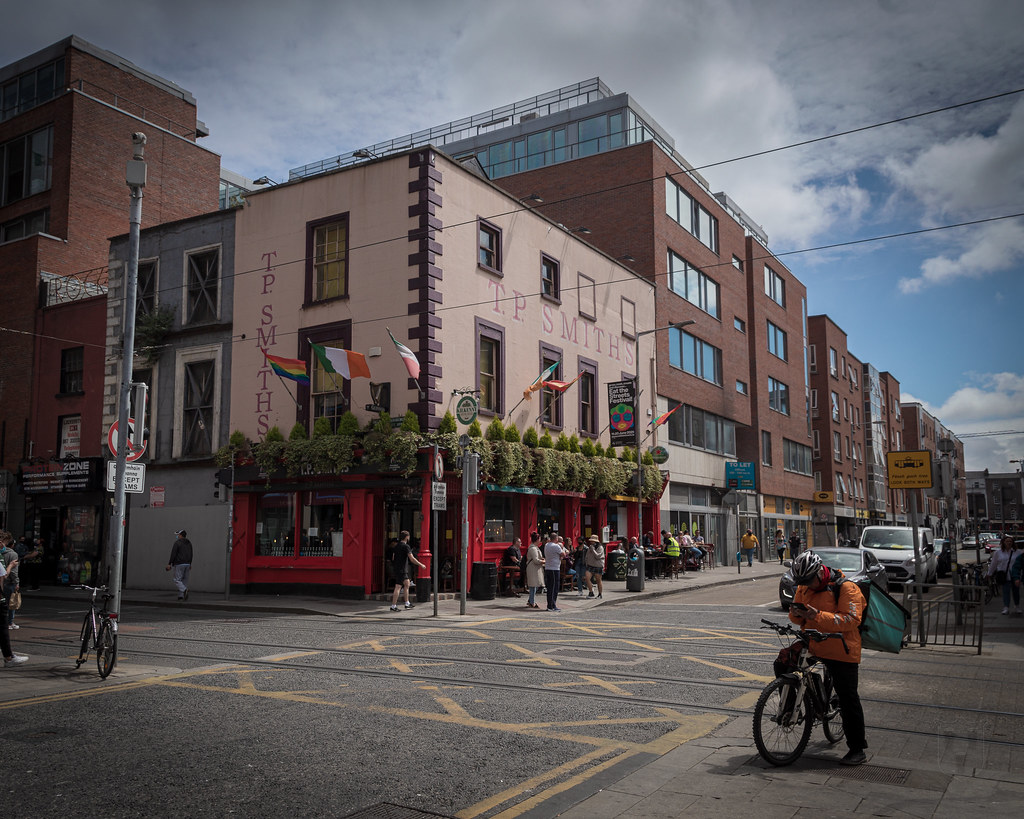 This pub is one which has generally fallen under our radar in years gone by so we recently decided that it was our duty to suss it out once and for all. We wandered in of a weekend afternoon and found the place to be busy with the type of crowd one expects in a pub close to a shopping centre and citywide transit links.

We found a few seats at the bar and took up position calling for two pints. Taking in the aesthetic we agreed that the fit-out was relatively unique and rather untraditional. Copper fixtures and fittings set the tone of the pub with a monstrous copper clad spiral staircase demanding the attention of all patrons, a large tile mosaic spans the far wall of the pub while the immaculate granite bar-top spans the considerable length of the bar. Surrendered souvenir dollar bills and other mixed currency fills the wall space behind the bar.

As our two pints came to be delivered, we had just about settled on the idea that we liked the bar. The vibe was nice, the lighting good and the pint looked ok. But then disaster struck and we were gone within twenty minutes. Was it the pint? I hear you ask. Well no, not the quality of the pint which was above average if we’re honest. It was the price. Five euro and forty cents. For a pint of Guinness. We won’t bother to repeat our manifesto on the price of a pint here because you as our readers will no doubt, be familiar with our views there but suffice it to say that we won’t be returning to T.P. Smiths, unless we win a decent sum of cash.