Growing up in Ireland, you come to realise that certain phenomena can occur from time to time that there’s just no excuse for. Hindsight is certainly 20:20, and 20:20 puts a harsh and unforgiving light on things once they’re done. Garda Patrol, Dustin the Turkey at the Eurovision Song Contest, The ‘Ah Here Leave It Out’ woman getting paid fistfuls of cash to appear to drunken nightclubbers – to mention a few. All equally inexcusable and blatantly ridiculous moments in Irish social history. This is okay though. All of these were quite evidently outside of the norm and it’s even easy for us now, as it was back then, to hold our hands up as a nation and say- ‘mea culpa lads, things got a bit out of hand there.’ 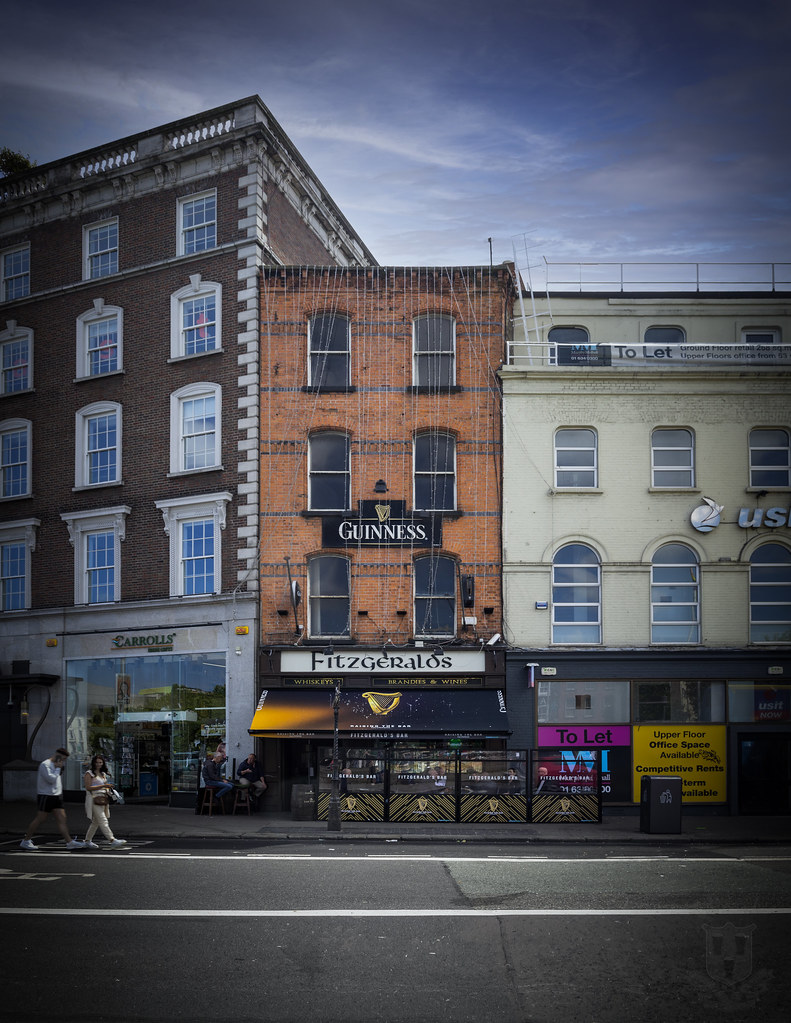 Some other things though are so ingrained into our national identity that coming to view them with any sense of their ostensible ridiculousness is a harder affair. This is something I came to realise a number of weeks ago having donated blood and mistiming a bus. Realising that another bus wouldn’t be leaving the terminus for at least another hour, I knew there was only one thing for it. And that one thing was to be delivered in a pint-sized vessel complete with black body and a white head.

Sitting in the confines of the canteen in the Irish Blood Transfusion Service’s clinic in the architecturally striking Lafayette House (a building based on that which houses Bruxelles pub) I opted to text Pintman Nº2 – who, as luck would have it, was practically across the road in Fitzgerald’s. With haste, I gathered up as many complimentary pens as I could and set about correcting the pint’s-worth of liquid deficit I’d just undergone.

Arriving into the ornate surroundings of the pub I met with Pintman Nº2 and two other friends, one of whom happened to be a Brazilian native. Explaining where I’d just come from to Pintman Nº2, our other Irish companion interjected  with an enquiry as to whether the act of donating blood still begets a free pint of Guinness. Retrieving my drink from the barman, I explained that the practice had ended some years ago, and with a hearty gulp of my newly poured pint, I exclaimed, to laughter that fell one short of unanimity, that you now have to provide your own pint.

Thereafter, our somewhat perplexed Brazilian companion then listened intently as three Irish nationals described the grand old tradition of swapping pints of porter for pints of blood. I’m still not sure if she actually believed us, and who really could blame her – I mean the act of giving stout to blood donors is, admittedly, ostensibly, a bit ridiculous. When you try and disassociate from the national psyche for a bit, that is.

Named presumably after the Fitzgerald part of its owners – The Fitzgerald Family, Fitzgerald’s is decorated with that familiar Victorian pub architecture sort of persuasion in mind. Its features include tiled and wooden flooring, a long granite bar, dark wood and high ceilings. These all combine to create a cosy aesthetic along the front half of the pub’s narrow space, a space that is nicely illuminated with the aid of large mirrors which distribute the light effectively. It would be far too picky of us to fault the appearance of this half of the pub – it’s a fine-looking shop.

The back half of the pub, however, we were less keen on. Opening up wide for a more restaurant sort of vibe, it contains lower seating along with the much-dreaded carvery bar. But given that that particular feature is tucked away into a corner and not too imposing, I’ll forego the same style of rant that we decided to level upon poor Madigan’s and leave it by saying that we couldn’t, in all good faith, deduct too many points for the back section, not when it does such a fine job of keeping all the tourists from cluttering up the bar, trying to decide what pints to buy. Speaking of pints, the Guinness we found to be tasty and well-poured, as it should be at €5.50 a pop!

All in all Fitzgerald’s is a fine aul bar that we’ll likely visit more than just the once again. Now if you’ll excuse us, we’re off to petition Guinness to bring back the donor’s pint, and then to try and figure out how to tell our Brazilian friend about the pints given to women just out of labour.

The Auld Triangle on Dorset Street. A pub in a ver

Last night was the final night of The Flowing Tide