This is a bit of an abstract post, relative to our usual content – but I thought it worth writing.

It started innocently enough in the depths of COVID lockdown. Pintman №2 gets a text in one of his WhatsApp groups

In the midst of our new normal lockdown status, we stumbled upon an instagram page called Creatives Against COVID-19. Their premise was fairly straightforward:

Looking at the images trickling in on their feed, we were kicking a few ideas around of what we could submit and eventually put something together only to realise that we’d missed the submission deadline.

Thankfully though, after posting the image on Instagram, the folks behind the initiative got onto us and allowed us to make a late submission. So we did. Here it is below. 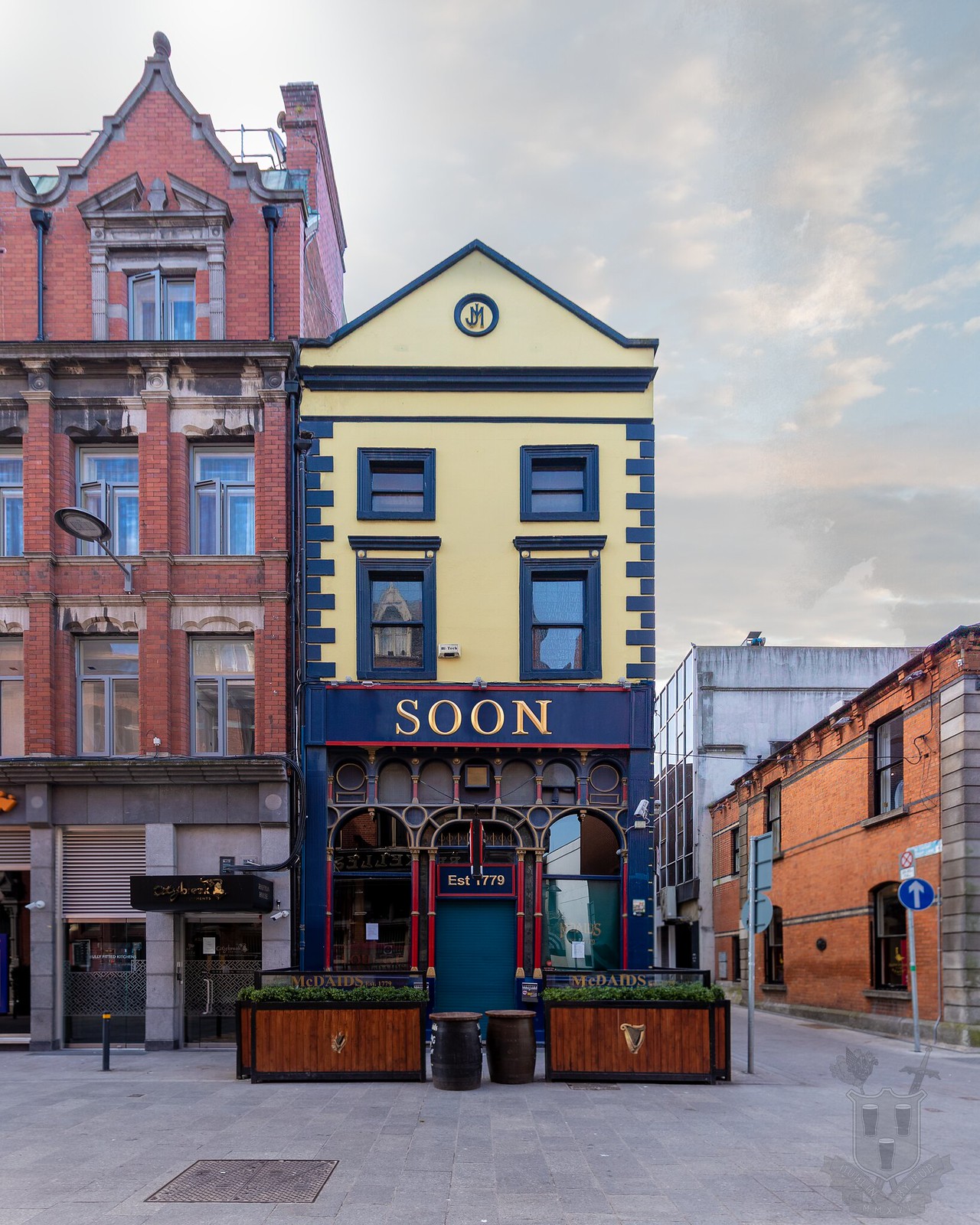 It’s available for sale over on the link listed below. So if you like the look of it, please consider purchasing it as the funds will go to two very worthy causes.

Creatives Against Covid-19 called on the creative industry to design and donate inspiring posters to raise funds for vulnerable women and children during the current crisis. The result? Over 1,000 posters, from over 30 countries, were designed and submitted within 7 days. All proceeds will be donated equally between ISPCC Childline and Women’s Aid.

And if you’re not into it, there are hundreds more prints on the Creatives Against COVID-19 website, many of them – far superior to out efforts.

Creatives Against Covid-19 called on the creative industry to design and donate inspiring posters to raise funds for vulnerable women and children during the current crisis. The result? Over 1,000 posters, from over 30 countries, were designed and submitted within 7 days. All proceeds will be donated equally between ISPCC Childline and Women’s Aid.

Update: The project did wind up in Summer 2020 and culminated in an exhibition in The Guinness Storehouse. We were delighted to see our print on display amidst all the other great entries. 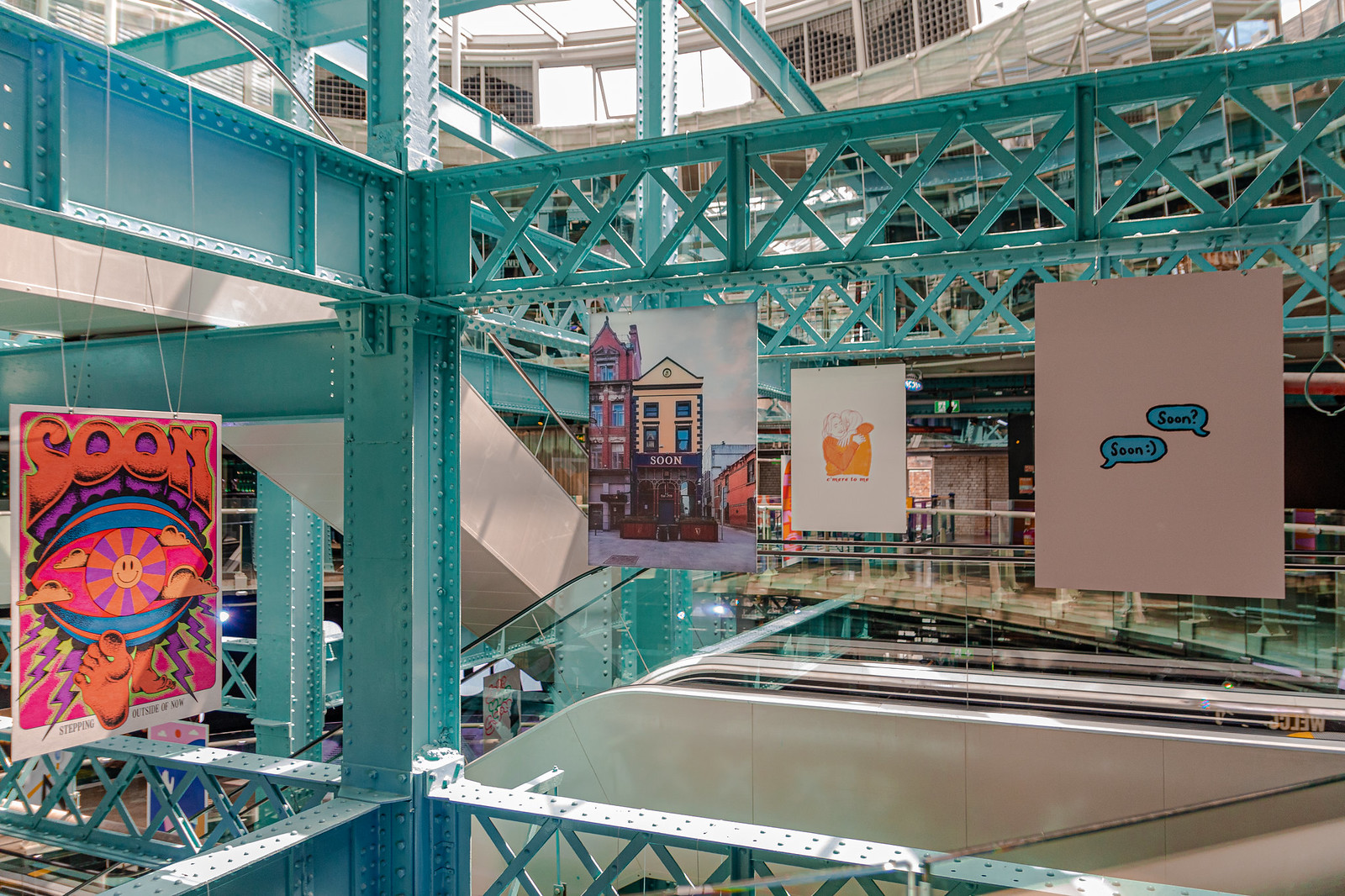 So since we last posted the entire world has changed. I don’t need to tell you about the coronavirus, you’re likely to be getting that from all angles. But for those of you who have been living under a rock, all pubs in Dublin, and Ireland have closed in a bid to stop the spread of Covid-19.

It was last Thursday, the 12th of March that The Taoiseach, Leo Varadkar, announced the closure of schools, universities and other such public spaces and advised that we all needed to start engaging in social distancing. Queue panic buying and a large move to remote working for those who could.

In the following weekend it became quite apparent that pub-goers weren’t the best at the whole social distancing thing. And on the Saturday following the Taoiseach’s statement, and following a slew of videos from packed pubs that day and the night before, a movement aiming to dissuade pub-goers and would-be pub-goers from going to the pub began online under the hashtag #closethepubs. This was amplified when the Chief Medical Officer made mention of the issue in a press conference.

Pubs slowly began to close. The first we noticed was Peadar Browns, who announced on the Saturday morning that they felt it in the best interest to shut up shop. Then came Grogan’s, and Grogan’s being a pub that’s a little more known than Peadars, it cast a few fairly big ripples into the whole metaphorical pub closure ocean.

Realising that our social media reach to the pub-going public was more considerable than most, we thought it best to put something out through our active channels to push the message out further. So the graphic (pictured) was hastily put together, the ‘leave the pub now to get back to it quicker’ sentiment of it having come from Historian, podcaster and Grogan’s diehard, Donal Fallon in a conversation we had over DM on Instagram.

Shortly thereafter, we decided to start compiling a list of pubs that had made the difficult and repsonsible decision to close on a Twitter thread and then things sort of took off. More and more pubs began to announce closures and the tweet started to amass a decent amount of traction.

A thread of Dublin pubs which are known to have closed due to #COVID19 / A list of pubs to go on the lash in when this is all over.

By Sunday morning, government were in the media stating that they would legislatively shut pubs if needs be and public pressure had shut the majority of pubs. A meeting was convened between government and the LVA and the VFI, the latter two being the main publican lobby groups in the country. Following this meeting, it was agreed that pubs would close to facilitate the tackling of the spread of COVID-19.

So no pubs on Paddy’s Day. A grim first, especially when considering the fact that the LVA spokesperson stated that some pubs may never reopen due to the financial upheaval caused by the closures. Devastating.

So that was that. All pubs closed. Then come Monday, I happened upon a New York Times article:

The article, which is taken from Reuters and is duplicated on a number of other major publications including the Huffington Post and others across the world. The article, which reports on the pub closures, ends with the paragraph:

Twitter users praised the pubs that had closed voluntarily, with the DublinByPub.ie bar guide offering a list of responsible pubs “to go on the lash in when this is all over.”

So there you have it, I’ve officially added “got the phrase ‘go on the lash’ published in three major global publications” to my CV.

Recently it was reported that An Garda Siochana had decided to notify the proprietors of John Kavanagh’s (AKA The Gravedigger’s) that they need to stop people from bringing their pints outside the pub and enjoying them on the green space to the front of the pub.

Now, personally, we’re more at home drinking our pints within the confines of the unadulterated perfection that is the bar in The Gravediggers, but when we saw this it just didn’t sit well with us. I mean, by all accounts this is a practice which has gone on for years with little or no major complaint. Along with this, there is no uniformed policing of this law across the city – so to single out The Gravedigger’s seems a bit unfair. And last but not least, how many actual days do we get in this sunforsaken city of ours that we’d be able to retire onto the green to have a few scoops.

So we decided to start a petition….

Though, slow at first – the petition started to take off. Hundreds of signatures began to flow in and we even saw a bit of media attention.

So please do sign the petition if you’re with us and fed up with this nanny-stateism! It’s only a few pints sure.

Anyone heading off on their holliers in July? We’re thrilled to announce that Dublin By Pub is included as part of the Documenting Dublin feature of this month’s issue of the fantastic Aer Lingus inflight magazine, CARA. 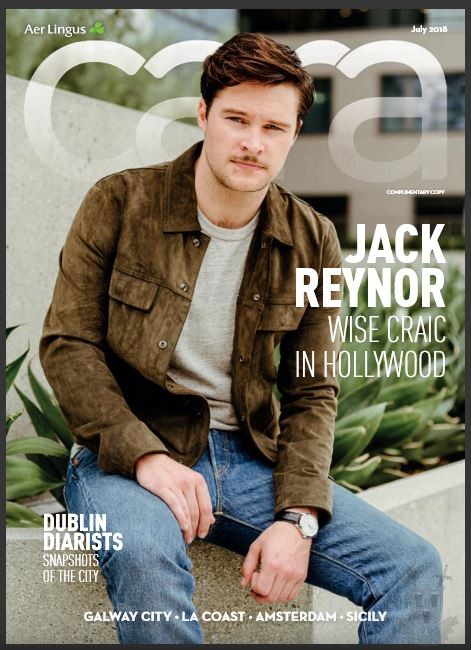 Make sure to have a thumb through and give it a read if you’re lucky enough to be jetting off somewhere, or check it out here if you’re like us and will only get as far as the other side of the city for the month ahead.

We recently teamed up with Irish Tatler Men and are delighted to announce that they’ve allowed us some space in their fantastic magazine to wax lyrical about the pubs of the capital. We’ve written a few words on The Piper’s Corner for their current (Spring) edition. 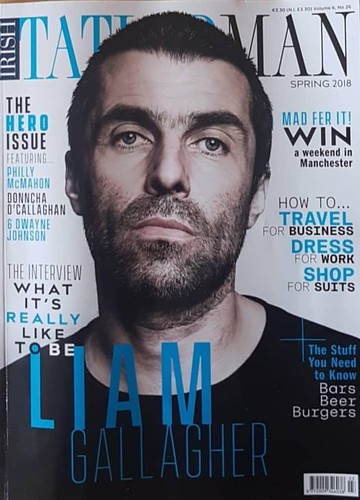 The latest edition (as seen above) is out now and we’d love for you to pick it up and let us know what you think about Dublin By Pub’s first non-digital post.

Recently we were delighted to chat to the lovely Annemarie McCarthy in Lonely Planet who was interested to hear about our thoughts on Dublin and Irish Pubs, and chat about DublinByPub in general.

We’re delighted to note that our interaction was nicely summarised and put into article form and is available to view at your convenience from the link below.