The Ginger Man Pub on Fenian Street is a pub that we’ve always had a fondness for. Over the years, as we’ve come to darken its door more and more, we eventually queried its name to discover that it was the namesake of a book written by author J.P Donleavy. The book, set in Dublin in the 1940s, follows a hard-drinking, womanising American Trinity College student – Sebastian Dangerfield through the trials and tribulations that he finds himself encountering as he schemes his way through life.

If you haven’t managed to get around to it as of yet, it’s a superb read and comes highly recommended – not just by us but by countless others far more qualified to say so.

So having scrubbed through the book again we’ve compiled a list of the pubs that we’ve identified in it, one or two may take a bit of artistic licence and could be better labelled as educated guesses.

So if you want to take to the streets of Dublin and drink ‘really big lashes of Gold Label’ just like Dangerfield did, consider this to be something of a guide to do so – but leave it at that. We won’t be held responsible for any bottles of brandy that happen to get smashed over the heads of any barman who refuses service.

A pub crawl through the remaining Dublin drinking locations featured in JP Donleavy’s masterpiece – The Ginger Man Compiled by dublinbypub.ie 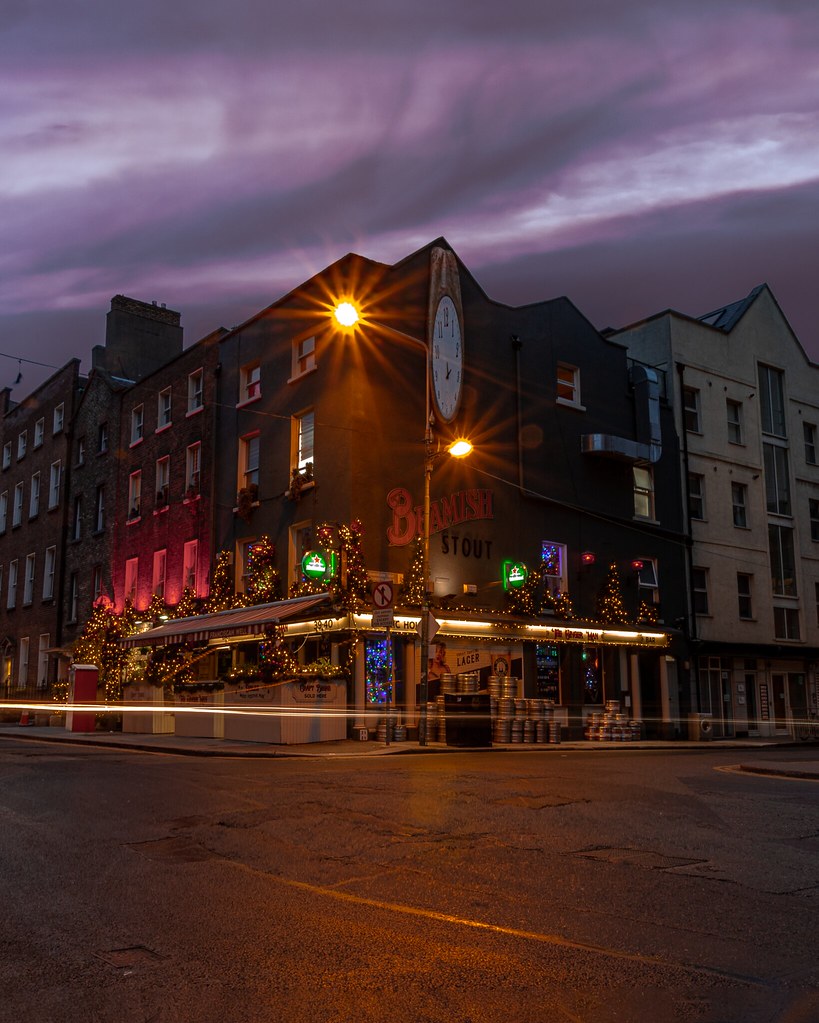 While not featured in the book itself, we couldn’t but help include it here – after all, it’s probably solely responsible for us having wound up making this list. A good pub which is tremendously popular come Christmas time when they overdo it on the decorations.

This falls under the educated guess category. The opening chapter of the book occurs in a pub on or around Tara Street. We do note that Ruin Bar and The Long Stone traded as Regan’s and The Tara Bar during The Ginger Man’s Era and it’s possible that either of these is the pub in question. But given Mulligan’s has been associated with Trinity College in the past and also considering that the Long Stone is now closed and that Ruin Bar is about as reminiscent of 1940s Dublin as the dark side of the moon is, we’ve decided to opt for Mulligan’s here. 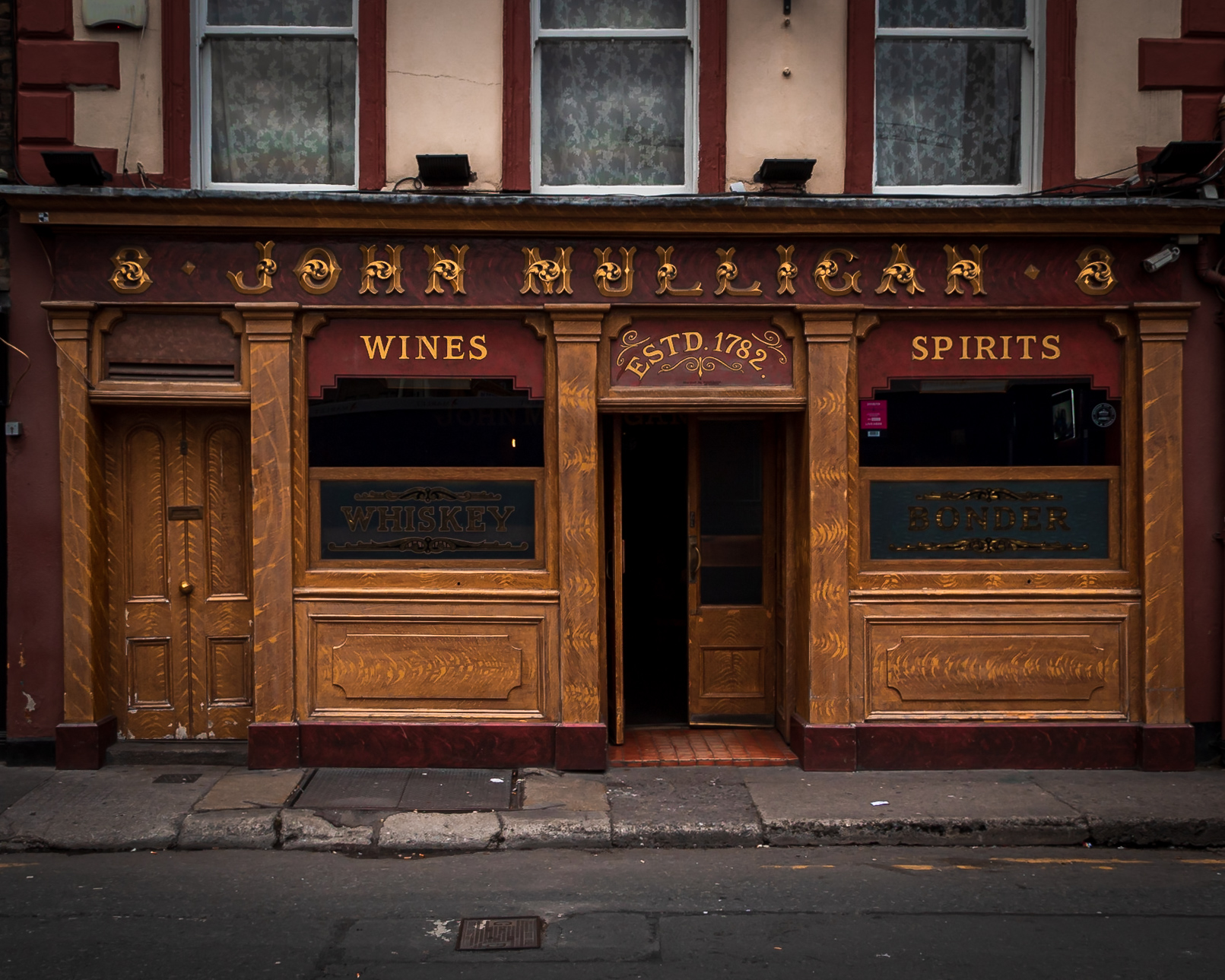 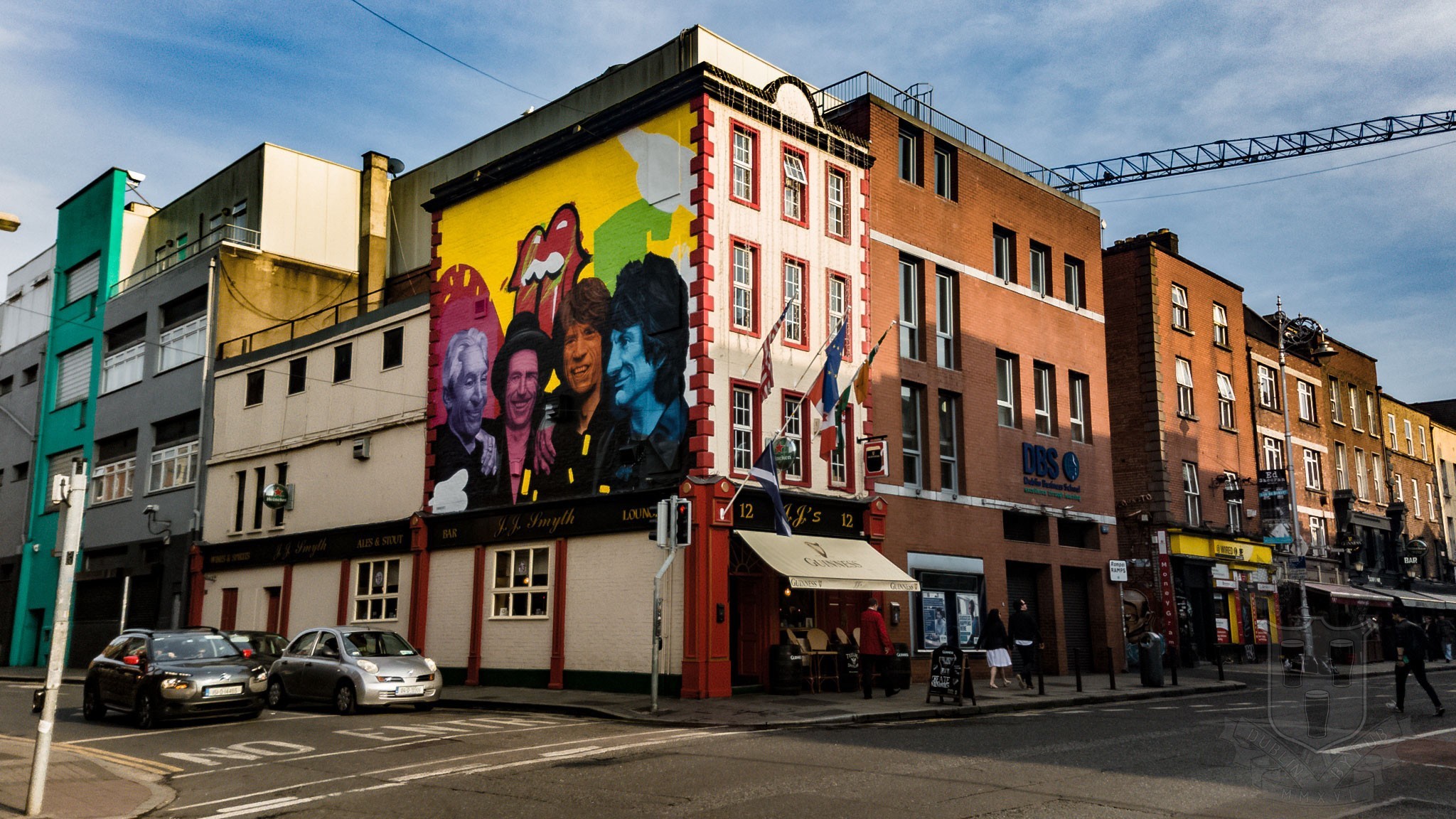 Our first confirmed pub of The Ginger Man, Sebastian visits here with the Laundry Girl – Christine. He gives away the location by mentioning that it was the birthplace of Thomas Moore.

EDIT: Sinc the time of writing, this pub has been refurbished and re-opened as The Thomas Moore Inn.

Purported to be one of Dublin’s oldest pubs, Sebastian passes by here with Christine at its first mention, he later lowers a Gold Label in the pub after his session with Tony (AKA Tone). Another educated guess, this one. But we do know that Sebastian takes the tram to Dalkey after being refused service in Kelly’s Garden Paradise (a pub we couldn’t identify). Finnegan’s is regarded as one of Dublin’s remaining authentic Victorian pubs and would have only been a short walk from the Dalkey tram stop – we reckon this is the one Donleavy had in mind when he was writing this chapter.

This is one we’re not entirely sure of. O Keefe is dragged in here by Dangerfield after their breakfast in Woolworths Café o  Grafton St. O Donoghue’s is then mentioned by name. This could either be the Suffolk Street or Merrion Row pub. We recommend the Merrion Row one, but you could always visit both, just to be sure. 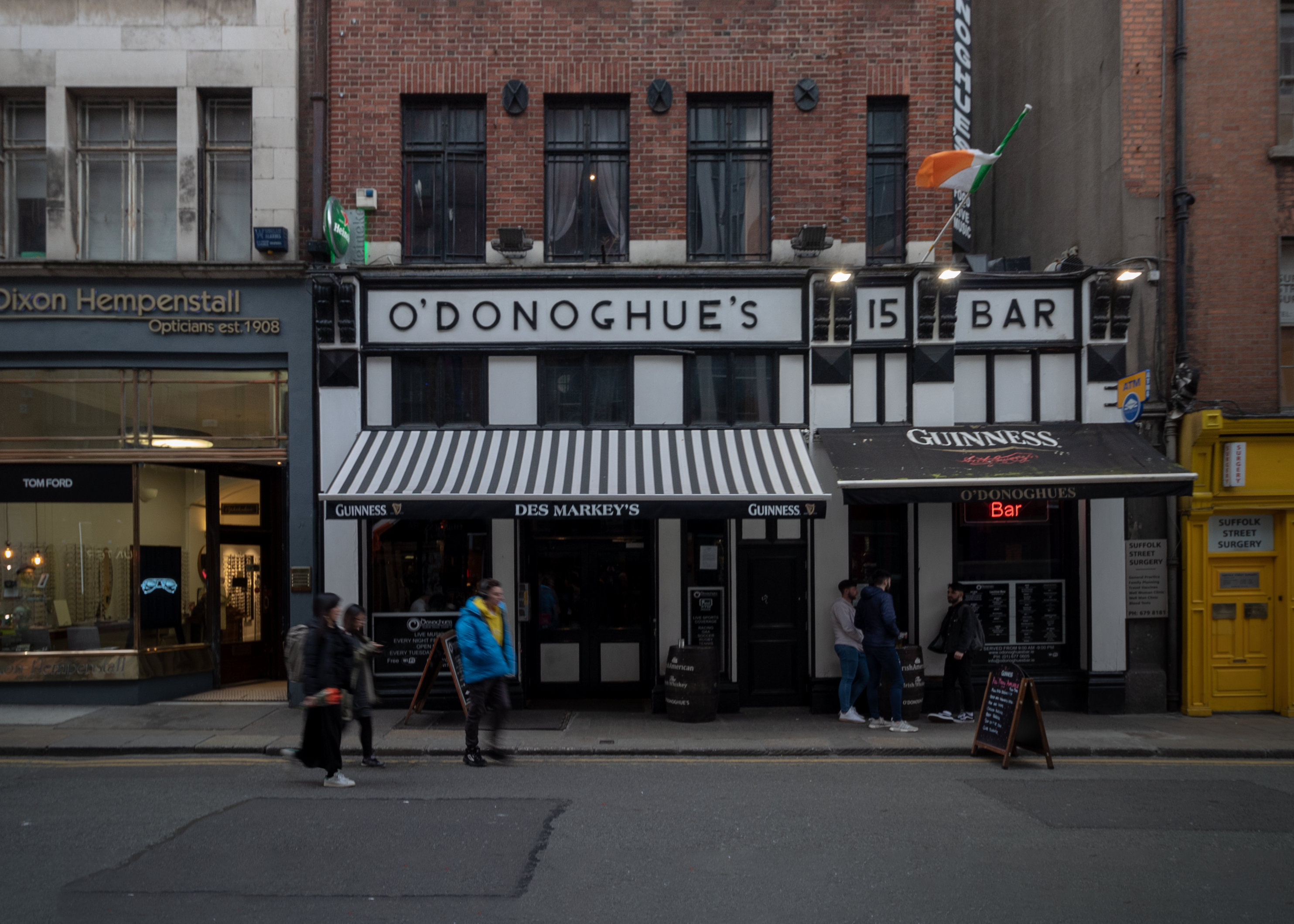 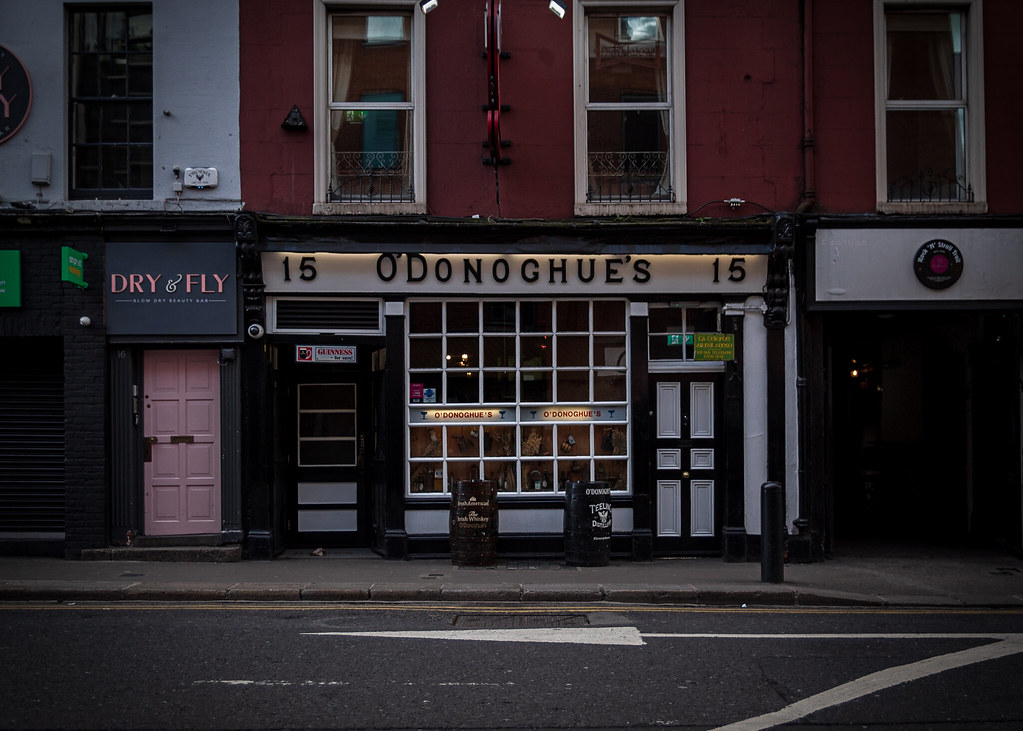 The first pub that Sebastian and Tone enter is described as a ‘house on the corner’ of Lower Baggot St. While it’s not named, we do know that Toner’s is on a corner on Lower Baggot St and would have traded back then so it’s possible that Tone and Sebastian started their session here. 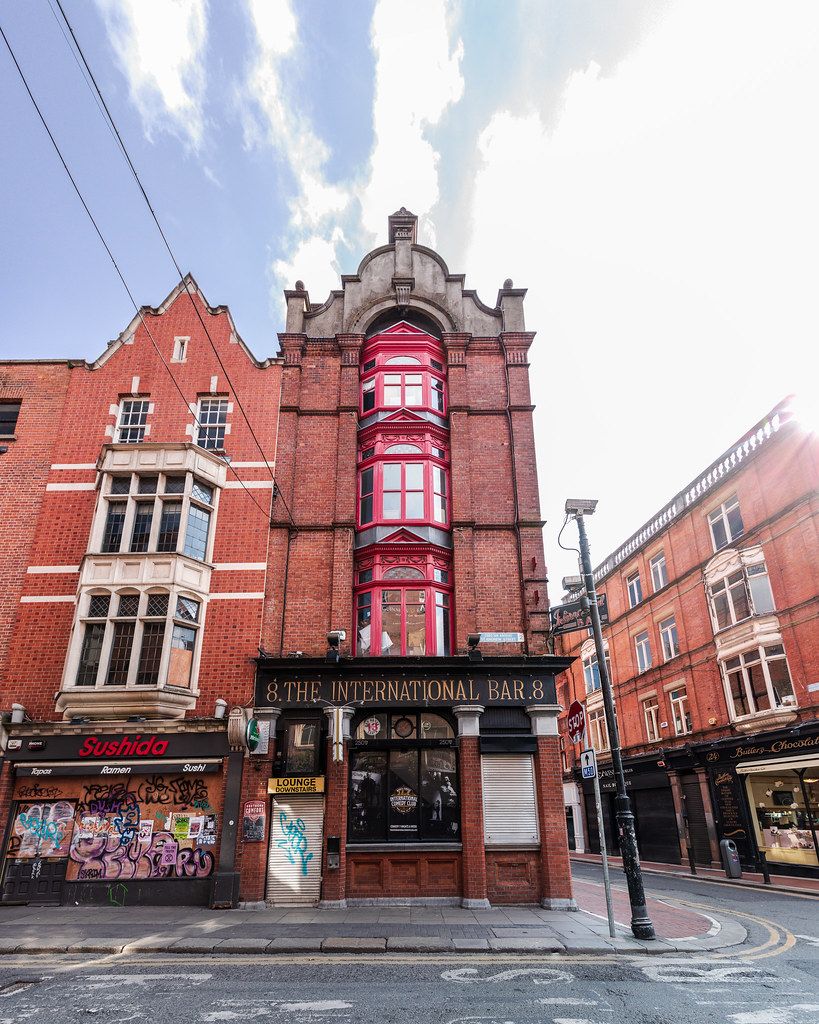 Described by Dangerfield as ‘a public house which I have always found very special’ which ‘can’t be beat for the mahogany or barrels’, he enjoys a foaming pint of plain here with Tone.

So that’s it for our Ginger Man Crawl. Our knowledge of London is non-existent so you’ll need to get onto a London Pub Blog to see where Sebastian went boozing across the pond.

Be sure to go easy on the Gold Label if you’re thinking of doing all of these boozers in the one day and do give us a shout on email, in the comments or on social media to let us know how you got on if you do do the crawl.

Oh and any clarifications or recommended amendments are welcome too.