Regardless of whether some politicians want to hear it or not, there can be little escaping the fact that drink is interwoven into our national fabric. Come temperance, cafe culture and minimum unit pricing – one and all – there are literally centuries worth of work that will be required to separate us from our association with lady liquor. 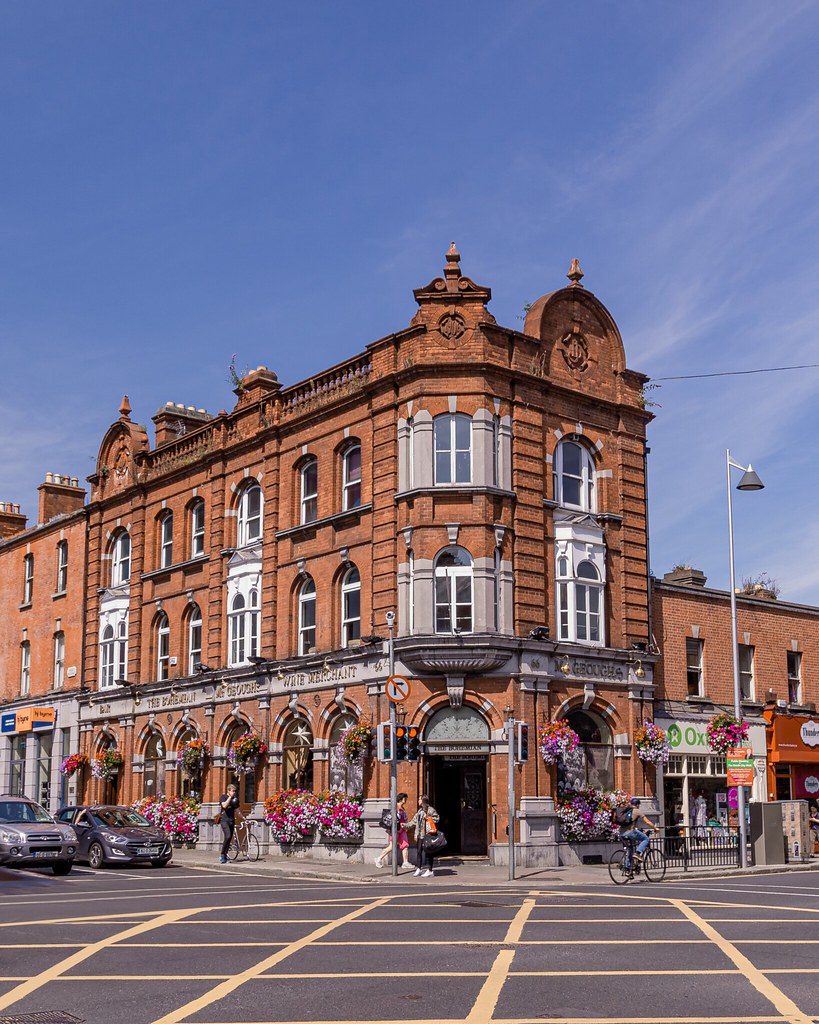 I say this not because of half the public parks in the city being former Guinness estates, nor is it to do with the porter proscribed to new mothers or blood donors. This opening statement is prompted by my recent discovery that many of the well-known junctions, or corners, of Dublin, had their name bestowed upon them not by figures of historical or mythological fame but by the names of the very publicans (and sometimes grocers) which they gave frontage to. So think Bakers, Harts, Hanlons and Leonards – all baptised in intoxicating liquor. 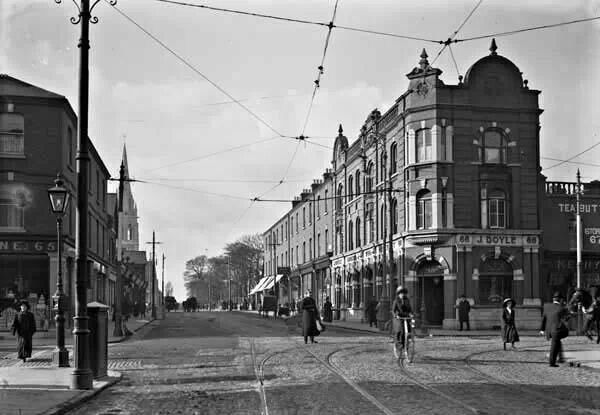 Of course, I wouldn’t be bringing this up if it wasn’t relevant in the case of the pub pictured. And given that The Bohemian is situated on Doyle’s Corner it seems an apt subject. Doyle’s Corner has an interesting history of which this particular pub is a part of. Back around the turn of the century, the intersection of The North Circular and The Phibsborough Road was known as Dunphy’s Corner. Now, this is where it starts to get a bit confusing because the word Doyle is about to be bandied about as much as it might do in a series or two of Father Ted.

The name Dunphy’s Corner was derived from another public house which sits directly across the road from The Bohemian – now named Doyle’s Corner, formerly named Doyle’s. The pub that provided this named was owned by a man named Thomas Dunphy who presided over it from the mid-1800s up to around the 1890s. The name Dunphy’s Corner must have been widely used by Dubliners because it’s well represented in song, literature and lore. It gets a mention in Peadar Kearney’s anti-enlistment Ballad about the recruiting sergeant William Bailey (Lankum do a great version), who is said to have stood on the corner in the process of his enlisting. And Peadar might have been working on a subliminal as well as a perceptible level here because ‘going round Dunphy’s Corner‘, as it would have been put, was seemingly an idiom used to describe those who had gone to the great beyond, given its nodal point on the route taken by hearses on their way to Glasnevin. Those familiar with the first half of Ulysses, might remember that Poor Dignam went the very same way along that route in the earlier stages of the book.

So in the mid-1890s or so along came John Doyle. And John Doyle fancied he might usurp Dunphy and in setting about doing this, he acquired both number 160 and number 66 Phibsborough Road and placed within each of them a public house which bore his name. It was a trick the evidently worked because, as I’m sure you will know, the corner is still referred to as Doyle’s. Seemingly someone by the name of Murphy – proprietor of the nearby Botanic House – took ownership of The Bohemian in the 1970s and figured he could usurp Doyle by erecting signs which read ‘Murphy’s Corner’. But the inhabitants of Phibsborough and Dubliners alike never took to it. So it remains – Doyle’s Corner. 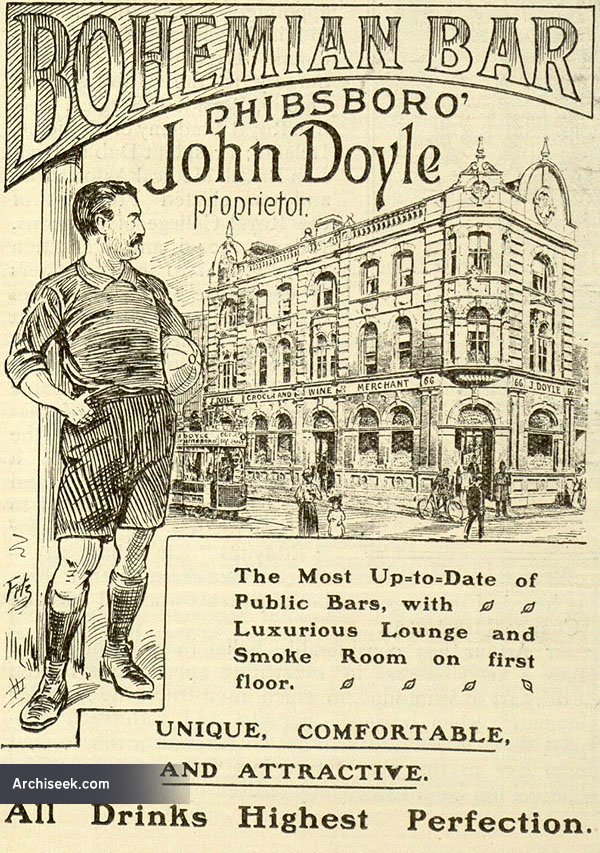 But what about the pub? We’ve collectively visited here just the once over Christmas time and what a gem. Though it doesn’t seem to make the frequent lists of Victorian bars that do the rounds online, this must be one of the more polished in the city. Hard dark wooden floors adorned with flashes of complimenting tilework give the pub a durable feeling – it’s a floor you can imagine was well equipped for the sawdust and saliva it might have suffered in days gone by. But it’s far cleaner these days which is in keeping with the rest of the bar. Traditional seating of couches and small and large stools is ample throughout and plenty of light protrudes the large windows to bounce off the coffered (new architectural term of the week) ceiling and illuminate the dark ornate wooden bar and partitions in which decorated glass is set.

Pints, on the occasion of our last visit, are remembered as being dispatched in good time and with plenty of competence. The taste was spot on and the price was most certainly right at €4.50 a go (Dec 2018)

Though we only did have the few on this occasion we did remark on how the locals were in good spirits and gave us the warmest of welcomes of all the local pubs. And as we vowed to return, I couldn’t help but think of one of the lads.

Although he might be starting to catch up now, Pintman Nº5 was once an old head on young shoulders and in the indulgence of one of his favourite pastimes of reintroducing old Dublin phrases he managed to bring the bewildering threat of “wigs on the green” into our lexicon. Anyway, I was thinking I must get onto him about bringing back the whole going round Dunphy’s corner thing. I mean wouldn’t the great gig in the sky be all the less terrifying if it had the promise of a pint in The Boh on the way out to the cemetery.