You just can’t beat a good quote, can ya?

No, I haven’t gone corporate and sold out to an insurance company (we sell out for booze and cash only, fyi). When I say quote here, I’m not referring to that annual screwjob that motorists find themselves coughing up for, I’m speaking, instead, about the particular branch of language and literature that we all come back to for assurance and guidance at some point in our lives. 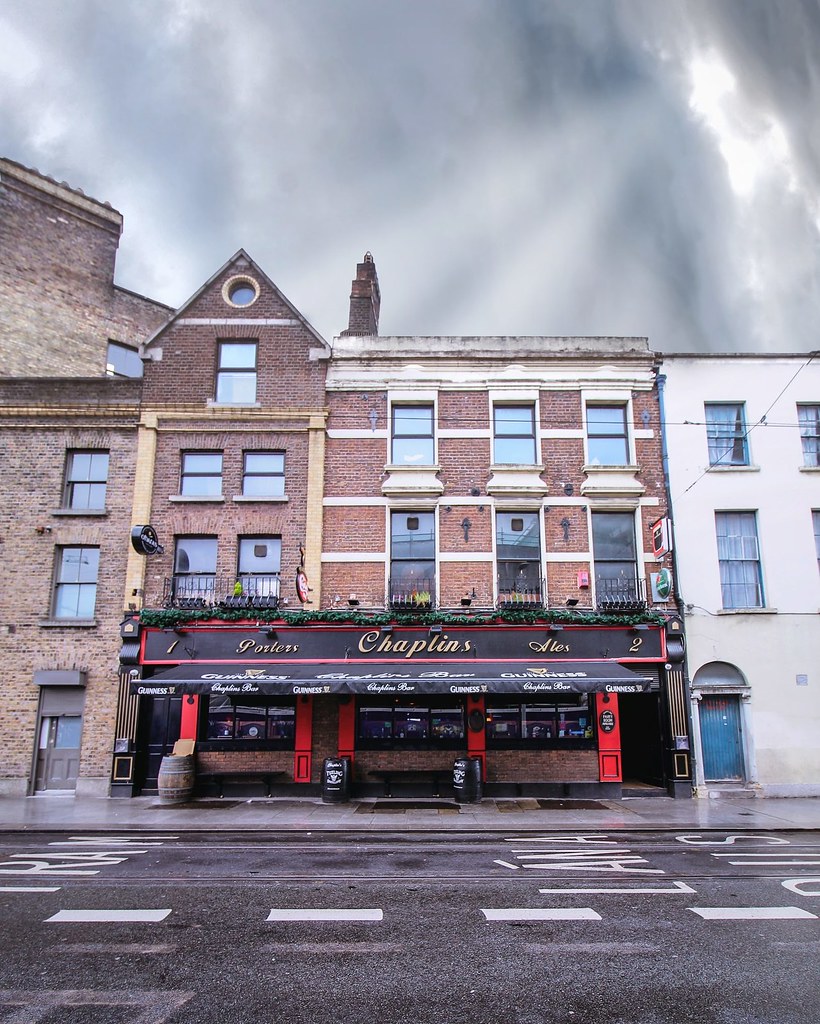 Whether you’re a low-level dealer who wants to inform Old Bill that you exclusively accept judgement from a higher power or you’re a prospective Trinity Graduate seeking concise use of the Latin tongue for your philosophy assignment, or anywhere between – we’re all happy to be defined by quotes that connect with us, quotes that move us. In modernity where social standing is often predicated by online presence, quotations fit perfectly into a space where succinctness is key. Spend a day on Twitter and observe what goes viral and what doesn’t and you’ll know all about people’s fondness for short expressive statements. But, inversely, you’ll also see how all quotations are not born equally – and it’s with that in mind that I’d like you to consider the following two quotes:

“Nothing is permanent in this wicked world – not even our troubles.”

They probably don’t appear to be, but these two quotes share a connection. It may be tentative and completely contrived for the sole purpose of this article but hey, a tentative contrived connection is still a connection. The first quote, as I’m sure some will have recognised, is one from Charlie Chaplin. Not someone I’ve been overly familiar with down through the years, I can happily say that having spent a precious hour of my employer’s time on Chaz’s Wikipedia page that I do like the cut of the man. He’s most certainly the type of lad whom you’d consider a worthy of having a pub named in his honour – and yes, this is where Chaplin’s gets its name from, but we’ll come back to that in a couple of paragraphs’ time.

The second quotation is one from someone who hasn’t yet quite reached the dizzying heights of fame that The Tramp did back in the early 1900s – Pintman №3. But I thought it appropriate to include because isn’t it an honest appraisal after all. Pintman №3 knows the score, he worked in close proximity to Chaplin’s so you know his assessment of the place isn’t a spurious one. Bolstering my surety in his assessment of the place is his disclosure in a text message, which follows the aforementioned quotation, that he’s sat in a pub close to his office putting some finishing touches on a bit of work he has to hand in that afternoon. If only my job was like that.

My job isn’t like that. But I do get plenty of time to write these posts on the sly so I suppose I better get back to Chaplin’s. As alluded to above – the pub is named after the most world’s most famous Chaplin – Charlie. The reason for this is explained in a claim made on the pub’s website stating that himself once visited the premises while on holiday to Ireland, they opt not to disclose any further inforation regarding this visit thereafer. I’ve had a poke around and haven’t been able to substantiate the claim to such a degree of accuracy to put Charlie in the same address on Hawkins’ St, but it is noted that he performed as part of a Clog Dancing troupe named The Eight Lancashire Lads in The Theatre Royal Hippodrome, which sat on Hawkins’ Street itself. So he has at least that association with the street at the very least.

Almost ecclesiastical in its appearance, Chaplin’s is characterised, in my mind at least, by the set of three or four wooden stands which sit in the pub’s main expanse. These carved, overhang-less structures look like they’d be more geared toward affording a foundation to a large candle in the pro-cathedral instead of housing a rake of pints, but they get the job done well enough. Along with these, the pub offers ample ledge space for further pint perching options and there are a few dividers along the span of these also.
I’d tend to describe the pub’s size as being somewhere between the small and the medium. It’s a dark enough spot but retains just about enough illumination to escape it being labelled as ‘too dark’. A bit of stained glass around the room adds a certain charm and there’s plenty of decoration on the wall, some of which we decided was probably a set of postcards depicting the various works on show in The National Gallery.

Seating is kept fairly uniform- the front of the pub offers high seating on exclusive means, with all the lower seating kept the back of the room which closes in, conforming to the building’s curve. The bar itself is relatively small to other’s around the city but is a good size relative to the room. The drink options lean more toward the old reliables but there tends to be a few choices for those feeling more adventurous. The Guinness is not to a standard that it’s ever set my world alight but I’ve heard it lauded by a few people over the years. On balance, I find it a decent enough pint – certainly nothing to ever consider avoiding. As far as the finances go – it was selling for €5.20 a fill upon the last time that we visited, which would have been around December 2018.

So seeing as we’ve put such an emphasis on quotation here, it’s probably fitting that we re-emphasise Pintman №3’s previous sentiment and agree that Chaplin’s is indeed a – “grand little boozer” and one we’ve always found to be simple in its approach and as somebody once said: Simplicity of approach is always best.