To this day I still remember the trepidation- the knot growing more intense in the pit of my stomach as the queue of would-be confessors grew worryingly shorter. The mostly empty church was quiet – a gentle murmur emanating from the confines of the confession box was the only audible noise to reach above the din. The relative silence would then abruptly break with the creak of the door signalling the absolution of another soul whose host moved swiftly to complete their penance. You’d slide up a space in the pew and your worry would intensify further. 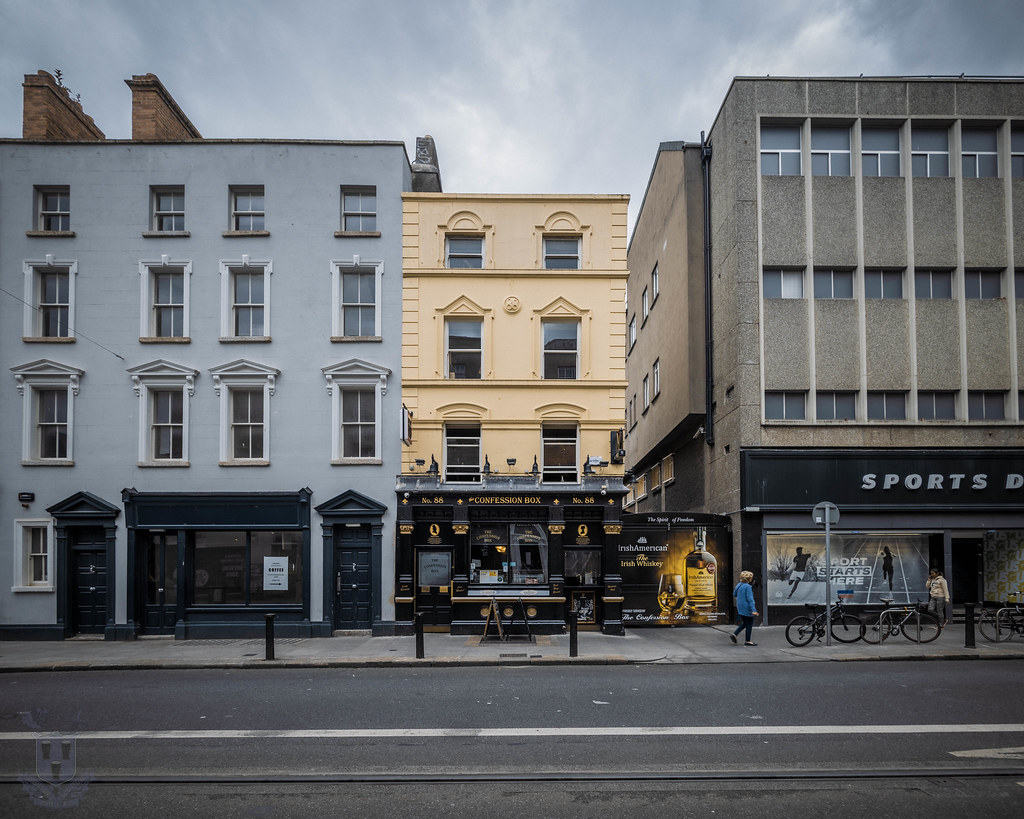 1st Confession was a daunting experience as a child, and not one which left me with much of an appreciation for confession boxes. Thankfully this lifelong fear (along with many others) would be cancelled out in later life by a Pub.

The Confession Box is another of the city’s more petite drinking spaces, you’d be forgiven for thinking that the pub is named so due to its size and proximity to the Pro-Cathedral. But there’s more to it than that. It’s said that Michael Collins would visit this particular pub from time to time during The War of Independence where he and his subordinates would be furnished with the sacraments of the Catholic Church from sympathetic members of the clergy and hence turning the pub into an ad-hoc confessional.

The ties with Collins are evident in the ephemera dispersed across this small pub. The seating is minimal and crowded giving the pub a vibe which would be known in live music terms as intimate. The bar is the epicentre of the entire pub, a pint could conceivably be ordered from anywhere above ground level in the building.

When we last visited the pint easily lived up to the hype promised from the Best Pint in Dublin award in the window. Propping up the bar we noticed a large cohort of men in butcher’s uniforms scattered throughout the pub. As he had arrived before me, I asked Pintman №2 as to what the craic with all the butchers was? “Some butcher’s convention I think” says he. Ordering our 2nd scoop, the more informed barman identified the butchers for us: A Stag Party. Pintman №2 was suitably admonished for his answer.

The Confession Box is exemplary evidence that good things do come in small packages. Be sure to test out that theory for yourself!