Sitting on the intersection of Marlborough and Abbey Street, a stone’s throw away from the famed abbey theatre sits a pub named The Flowing Tide. The pub occupies a space upon a bustling streetscape between the wider city centre and umpteen bus termini leaving it to act as a conduit to the tide of commuters, shoppers and addicts going about their daily routines. 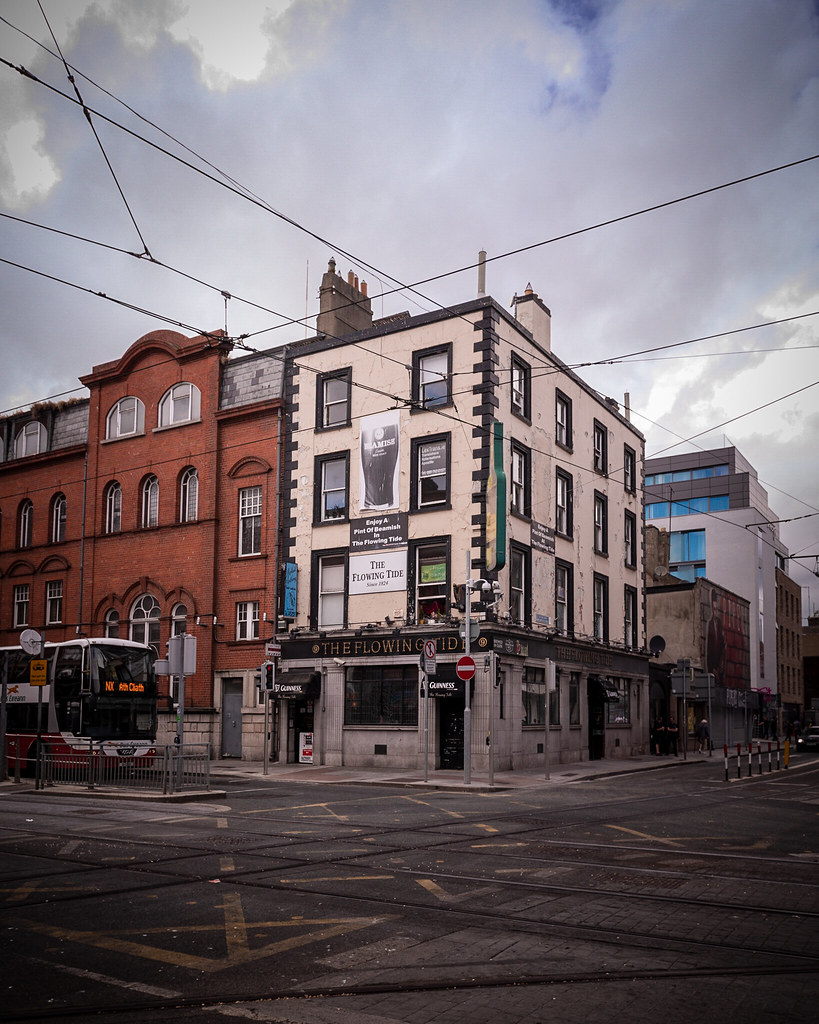 In all of the years and years I spent passing by this pub on my way to and from town I had never set foot in it until relatively recently. The reason for this is one I never quite figured out. It may have been some sort of subconscious allegiance to the nearby Sean O Casey’s – which was my father’s town local. Whatever the reason, a precedence had been set and I was to spend years ignoring The Flowing Tide, and what a silly ignorance that was.

When we first set out to check out The Flowing Tide we all had our reservations, the local ne’er-do-wells that tend to frequent Abbey St led us to believe that this pub would be one that continued the theme from outside within the pub. How utterly wrong we were. First of all the lighting. Other pubs take note – the lighting here is the optimum amount of light one should strive to illuminate their bar with. Bright enough to read the paper and dim enough to mask the quarter pint of porter you’ve spilled down your front in excitement.

The overall appearance of the pub is kind to the eyes. The exposed brickwork toward the end of the bar tallies well with the wooden floors and the cream walls elsewhere. Celtic knot work adorns spots across the walls and serves to break the mundanity of the cream hue nicely. The stained glass windows aafford the pub a more spiritual edge while pictures across the walls are varied and encompass plenty of nods to the abbey scattered throughout.

The pint we’ve always found to be of a high standard and have yet to have a bad one. There’s toasties made with batch bread on the go too if you’re so inclined.

Overall The Flowing Tide is a diamond in the rough. A characterful boozer pouring good pints and only a stone’s throw from the bus stop. Why would you wait for a bus anywhere else.