Being well-watered with pints and reinvigorated from the jolt of life a few new recruits bring to a session, we approached The Glimmer Man hungry for a bit of craic. We hadn’t had much of an experience in the pub we’d been to prior so we needed this pub to light a brighter spark. Arriving into the bar we were met by a group of disapproving locals who greeted us by flinging open a door that they were sat next to. They then kindly informed us that “de lounge’s in there lads”, to which we took umbrage. 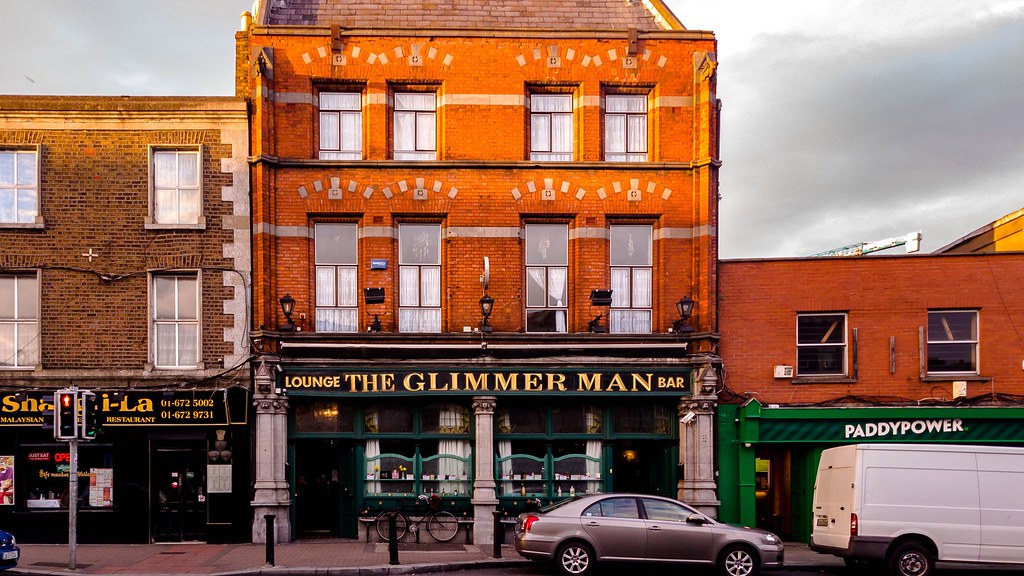 We rebutted to their directions with pint-loudened indignation and enquired after them as to why we weren’t worthy of drinking in the bar. Sizing us up their spokesperson decided that a t-shirt one of us had worn on the day was the suitable reason for our disqualification. The t-shirt in question was a WWE t-shirt which read “JUST BRING IT” in bold white font. (We’ve mentioned the genesis of the shirt in our Red Parrot & Delahunty’s posts previously). Anyway, suffice it to say that this t-shirt wasn’t being worn by choice. 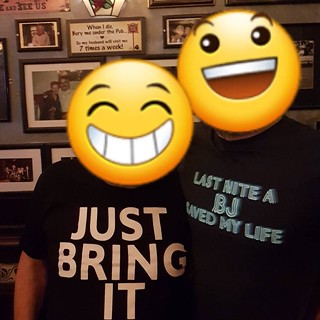 As we digested the reason for our disbarment, one of us spotted that another of the locals was wearing a t-shirt which read “Last Night a BJ Saved My Life”. As we all debated the merits of which t-shirt was more ridiculous the two owners of the offending garments decided that a trade was in order. With the swap complete hilarity ensued and peace resumed in the valley once more.

Accepted into the fold, we sat nearby the locals and tucked into some well-poured pints. The Glimmer Man is a great looking pub. The Bar’s stained glass windows and high ceilings give the place a refreshingly roomy feel. We found the chairs in the bar to be a bit mismatched to the overall look though.

The lounge is another world altogether. One could spend days wandering around the space taking in all the paraphernalia which litters the pub. Dropping in for a look at Charlie Haughey and Maggie Thatcher hanging out in a bed affixed to the ceiling is nearly reason enough for a visit alone. We’ll definitely be back to have a closer look at the lounge.

The Glimmer Man is one of the highlights of the Stoneybatter drinking scene. Well recommended.