Much had been said to me over the years about Cleary’s, it being an old haunt of Michael Collins. More recently to this visit someone told me of their sojourn here and how it contained a level of violence that the big fella himself would be familiar with. 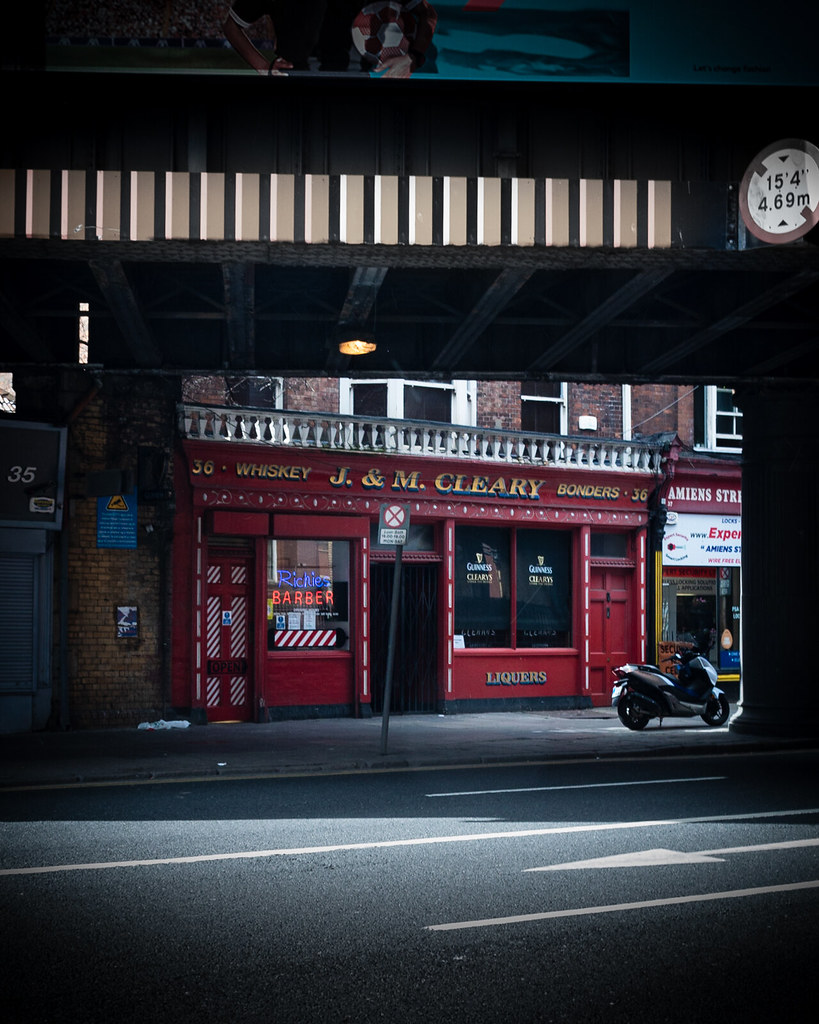 With this disincentive foremost in my head, I reminded Pintman Nº2 upon our approach that we should harden up. Agreeing, he inspected our attire and whether it was appropriate for a hard inner city boozer. Immediately we agreed that he, being garbed in dirty building-site clobber, fitted the bill perfectly. Me on the other hand – not so much. It would happen to be on this day that I’d decided to premier a Simpsons t-shirt I’d been gifted which was as red as the pub’s signage. We entered with my jacket well zipped and our shoulders thrown back.

Arriving into the bright narrow bar we encountered none of the hostility we’d expected. The length of the pub is segmented with wooden partitions and the long bar is complimented with seating running opposite. Sitting at the bar we ordered two great pints.

After the first sup all of our discussion on the way in was forgotten and my jacket was off, revealing the ridiculous t-shirt. The barman, returning to our end of the bar soon clocked the shirt and issued a much unexpected compliment. He then glanced down to notice Pintman #2’s battered Star Wars keyring on the bar and the two struck up a conversation on the franchise’s recent release. Uninterested, I took a wander around to admire the portraits of Michael Collins which hung proudly on the walls.

Returning, I found the two still immersed in chat which was to be broken when the barman’s phone rang. His ringtone? – A Star Wars Theme, of course. In the interim of the call we’d finished our jar and the barman returned to service. We bade him a farewell as we exited and his retort to us is one I won’t forget.

– Seeya lads. Oh and may the force be with you.

I kept the head down and expedited my exit.

Don’t base opinions on word of mouth! Far from being the hardened inner city ale-house – Cleary’s is a welcoming pub where discussion on intergalactic wars is as welcome as speak on wars of independence.