Sometimes when we get to talking on the defining parameters that make a pub a pub we can get very particular on details. The one thing that we do agree upon is that we disagree on a great many points – slightly on some and heavily upon others. Having said that, we should say that we sometimes do get to exhaust the fumes of white smoke now and again, one such consensus we have managed to arrive at relates to a rule on hotel bars – namely that a hotel bar is not a pub! 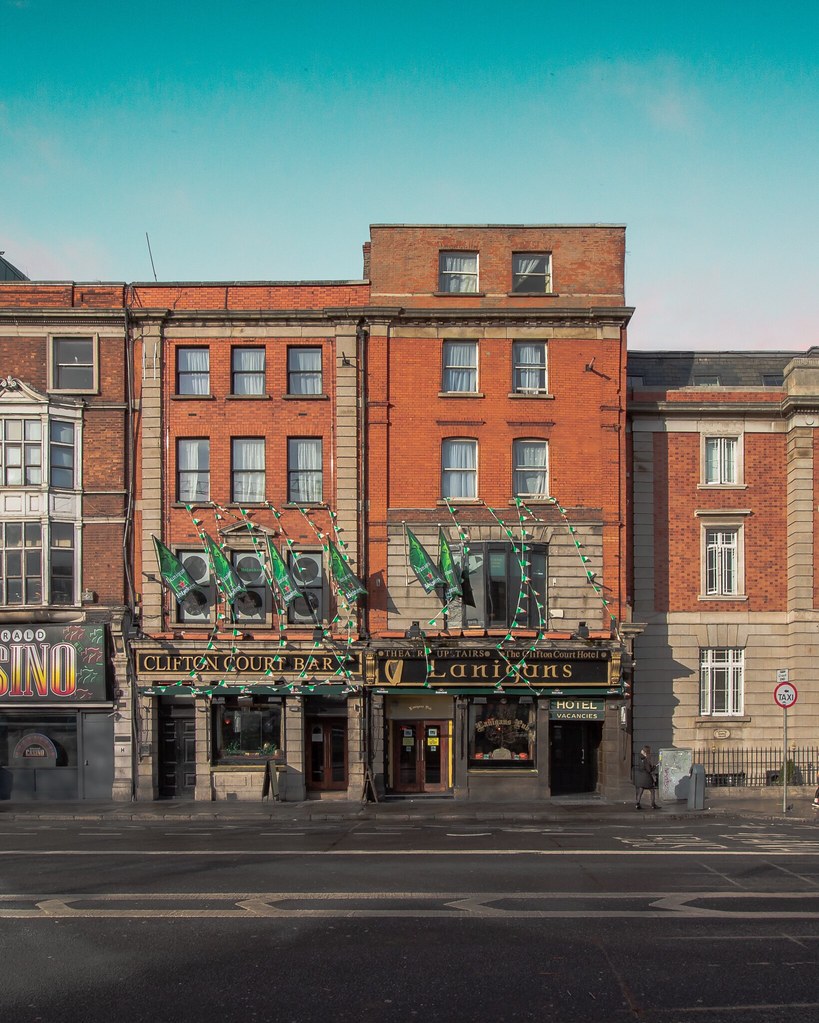 It’s our argument that the vibe exuded in your bog standard hotel bar is a good light-year or two away from that one should expect in any self-respecting pub. This is due in no small part to the lighting, the seating and often the prices too. Hotel bar etiquette is often a far more formal experience than that of the pub wherein you might find yourself wondering whether to order at the bar or at your table while subconsciously watching your Ps and Qs too. Put simply – we’d rather be in the pub.

But as sure as all hotels have housekeepers who couldn’t give a toss about your hangover, all rules have their exceptions – which brings us nicely along to Lannigan’s.

Situated within the boundaries of the Clifton Court Hotel on Eden Quay – Lannigan’s has grown on us over the years. To say it has a few quirky bits and pieces upon the walls would be the grossest of understatements. Every conceivable piece of wall space in the bar has been plastered with knick-knacks and trinketry, so much so that visitors could easily spend their entire stay in the pub conversing solely about the paraphernalia littered around the walls.

Lit well, the pub is somewhat narrow and opens up toward the back. The pint has never steered us wrong and the staff are suitably proficient and pleasant in their pouring of said pint. The crowd is a good mix – you’ll find locals, tourists, afterworkers and actor’s alike. It’s also the place to bring that person in your life who is partial to an episode or two of Fair City now and again – we tend to see one or another of their cast any time that we call in.

A great pub, this – an exception to our own rules around bars in hotels and a convenient location for thirsty northbound commuters.