Sitting in close proximity to one of our boundary lines – The Royal Canal, Lowry’s is a pub firmly in the centre of the inner city Dublin. Given the pub’s proximity to Croke Park, it may be one that thirsty GAA fans will recognise easily – older regulars will remember it by its former name – Belton’s, it having been part of a chain of pubs attributed to former Lord Mayor of Dublin: Paddy Belton. 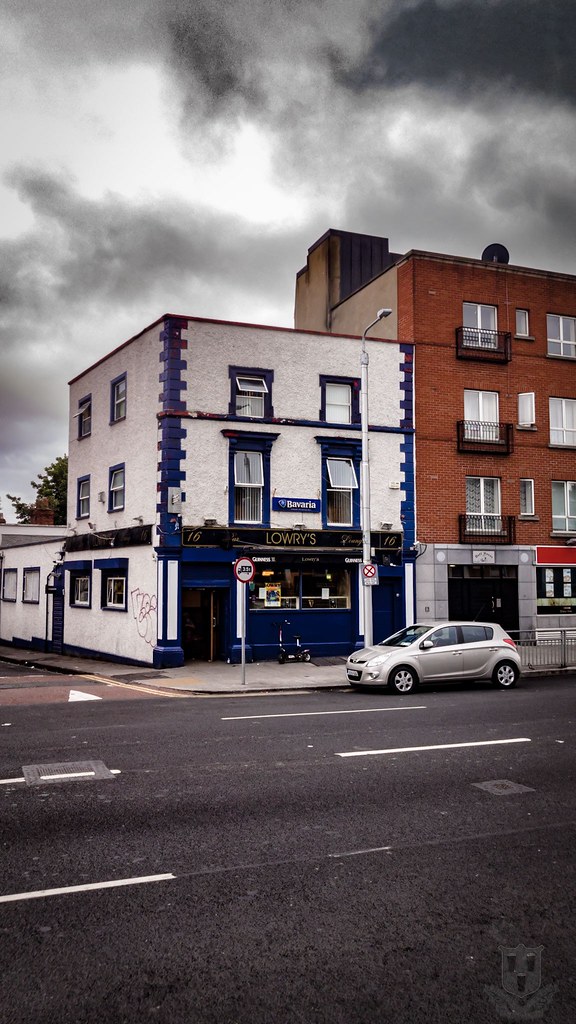 We haven’t really a whole lot to say about Lowry’s really. Pintman Nº2 and I visited last year on the occasion of a matchday and found little incentive to hang around for too long. A sparsely decorated pub, we found the overall look to be a clinical one aided in no part from the light colour scheme and the textured, shiny wallpaper which all served to alienate the overall aesthetic from that expected of your run-of-the-mill Dublin boozer. TVs were ubiquitous around the space allowing ticketless fans to catch any of the action going on down the road that they would be otherwise be missing. 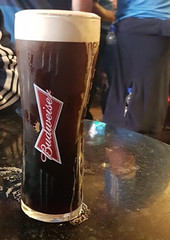 Our misgivings about the fit-out aside, there’s wasn’t too bad of a buzz around the place in the preceding hours to the impending fixture in Croke Park. The staff were all more than capable when it came to dispensing pints to the thirsty hoards and consistently did so at a rate in keeping with the demand. A pint of Guinness is returned to me on this particular occasion in a Budweiser glass sparking that age-old debate on whether such an importance should be put on the vessel within which a pint is served on, and whether it’s allowable to diminish said importance in the setting of a busy bar. The pint, which is following a few of its friends before it, is drank without too much difficulty in the end.

Overall we couldn’t lie and say that we left here with any sort of urgency to return, especially not when such a gem like The Bridge Tavern is only up the road, but if you’re looking for a few on the way up to Croker there’s no reason why you shouldn’t drop in.