I wonder if any of you agree with me when it comes to my distinct repulsion toward a good hearty roast dinner? First of all, let me assure you that this is no case of picky eating or food snobbery – there’s not a single bad thought I could possibly muster when I’m halfway through a plate and am mixing gravy and mash together like your aulfella would cement and water with a spade. But there’s a certain vibe that this meal, which is traditionally served on a Sunday, evokes for me that just fills me with dread. The vibe in question is that gloomy sort of despair, a bit like a dose of watered down grieving, or even like The Fear – minus the physiological effects of the drink. 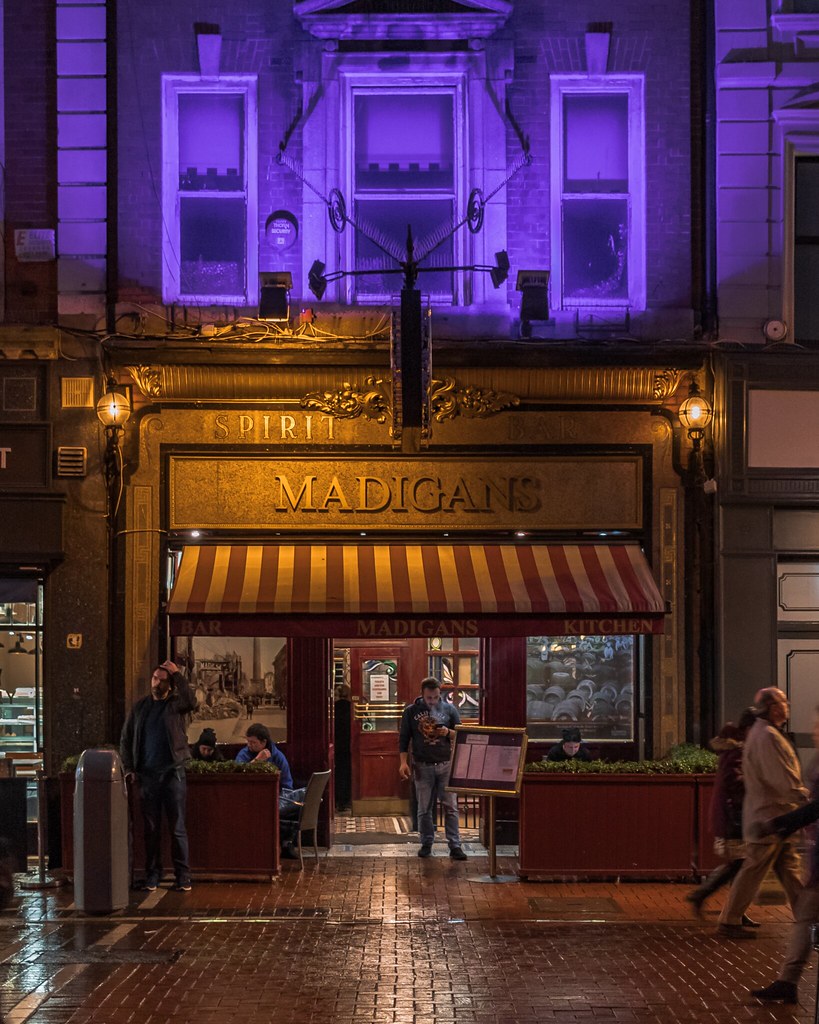 This is no solitary phenomenon though, this feeling can be evoked by many different stimuli – many will experience it upon the occasion of hearing the Glenroe theme tune, some even attribute it to seeing horses jumping around in the RDS in late August. At any moment you are just one small experience away from your mind being tricked into thinking that good times are coming to a close and that normality’s resumption is closer than before.

The above is an excerpt from my manifesto calling for Carvery Bars to be removed from all public houses. I’ve said it before, I’ll say it again: Carvery Bars in plain sight within the confines of a pub are the Devil’s work. Consider it to be a DublinByPub core believe that no one person should be at risk of getting that sinking Sunday feeling while they’re out on the pints, except maybe on a Sunday.

Madigan’s of North Earl St, as you might have guessed, has a carvery bar and I think the previous number of paragraphs say all that needs to be said on that. The pub sits in the centre point between its two identically named sister pubs on Abbey & O Connell St. Aesthetically the pub follows a similar design specification to these sister pubs whereby well-kept wooding fittings and stained glass is the order of the day. It’s a fairly narrow pub and split into two atria by a rather ornate wooden divider that houses a recessed clock in its centre. A long marble bar which compliments the mosaic flooring well runs along the right side of the further of the two atria before stopping to accommodate that feature which will not be mentioned once more.

The pint was of an acceptable standard and at €5.20 came in at far better value than that on sale in the O Connell St branch. The staff couldn’t be faulted too much and even accommodated Pintman Nº2’s insatiable appetite for international football by putting the World Cup on the nearest TV to us.

We couldn’t quantify Madigan’s of North Earl St as anything other than a great looking boozer. But the truth is that it’s quite unlikely that we’d take to frequenting it when we’ve such a Grá for so many boozers nearby. But who knows, leave the food in the kitchen and we might talk.