A month or two back I found myself in the fortunate circumstances to be chatting away to a ninety-five year old man by the name of Bill. Bill, as it turns out, is someone who spent sizeable portion of his life working at the St James’ Gate brewery. A man more than capable of spinning a yarn or two, he had me enthralled with all his stories of the antics and the goings-on in Guinness’ way back in the pre-Diageo days. 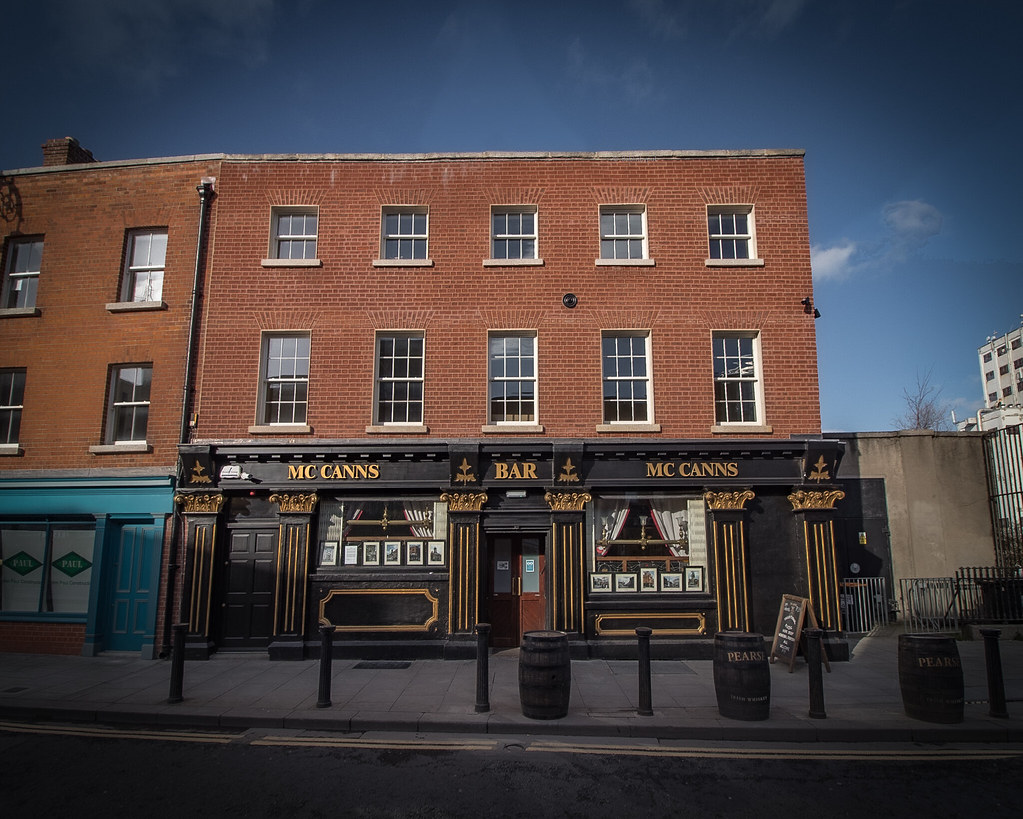 As you can well imagine, it didn’t take me too long of a time to get around to quizzing Bill on what pubs local to the brewery were like back in the day. His response to which, initially, was something of a disappointing one. ‘I couldn’t really tell ya’ he told me, before adding that he ‘seldom drank in them’. Having my suspicions that his response wasn’t one that was the result of temperance, I could only find myself able to respond to his answer with another question – why? So he proceeded to tell me the reason for his answer, and it’s a bit of a gem.

‘This Friday’, as he put it, ‘we were after arriving into work and finding out that one of the men had had his first baby, well, his Mrs did, that is. So we said we’d better go around and wet the baby’s head during our tea, y’see.’

Electing to head across the road to a pub by the name of Hannan’s, all the men present opted for a libation befitting of the celebration at hand, and it was when they began to drink these particular beverages that the trouble began.

‘So we fill-t the table up with plenty of little fellas’, said Bill, ‘because we were celebrating y’know. But no sooner had we started drinking, in walks God Number One and God Number Two – My boss and my boss’ boss. And the two of them gawking across the pub at us all drinking shorts – and this is eleven o clock in the morning, remember. So we said we better finish up and head off.’

So up they did finish and off they did head and no more was heard of it until Monday morning. It was then that Bill was called into the boss’ office, where the boss then proceeded to… lambast him, to use the appropriate parlance.

‘Ah he gave me an awful telling off’ Bill recalled, ‘since we were after getting him in trouble with his own boss and that, and d’ye know what he says to me?… He says to me that it wasn’t even that yis were all skiving off to the pub on your tea. It’s just that there wasn’t even a single Guinness product on the bloody table! Not even a bottle of stout between the lot of ye.’

Things have changed since then. The marketing tactics deployed by Bill’s former employers are a far more sophisticated affair and Hannan’s is now referred to McCann’s. Unchanged, thankfully, is the building’s purpose as a public house. And a good one at that.

A small one-roomed sort of shop, McCann’s has cosiness in spades. Exposed brick and natural wooden tones keep the vibe traditional at its essence. A large clock takes pride of place behind the bar – it being recessed into the structure while the seating is standard enough – high stools at the bar and couches and low stools around the low tables elsewhere. Walls are adorned with portraits of persons of Irish historical significance – JFK, Arthur Guinness, Behan and The Dubliner’s.

The drink isn’t as run-of-the mill as one would expect from the pub’s traditional appearance. Contained within, is a good amount of promotion and branding relating to a beer by the name of Kentucky – several variants of which are available behind the bar (their bourbon barrel ale being a fairly tasty sup) along with a good selection of beers from Foxes Rock. My suspicions were confirmed when I googled these together to find that they were produced by the same brewery – Station Works Brewery. The selection of whiskey isn’t too shabby either – there’s plenty of the Pearse-Lyons range on offer, as you’d expect with the pub being situated next door to the distillery. The Guinness is as good as it should be in such close proximity to the source and is priced agreeably enough too.

The far end of James’ St is not an area of town that we manage to find ourselves in all that often. And with cosy little boozers like McCann’s slap-bang in the heart of it, this is something we need to change, pronto!