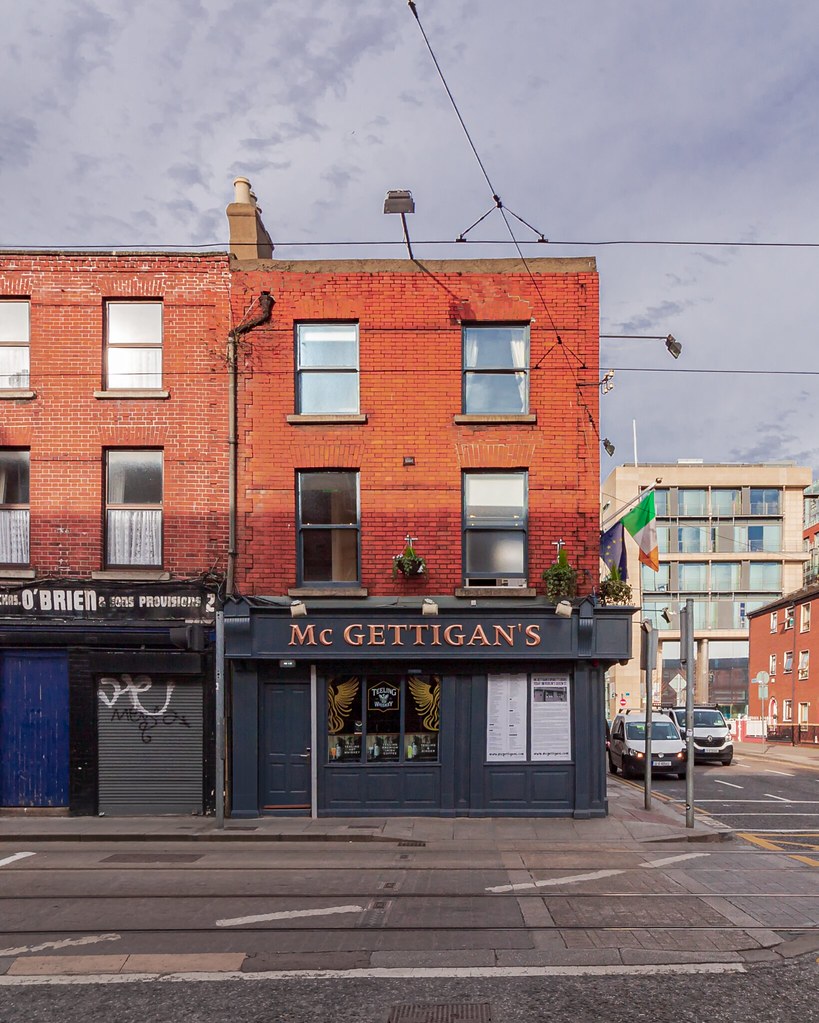 You might forgive for the Da joke there but, albeit tenuous, it seemed like a decent way to introduce my next and even more tenuous point given that it brings me onto the subject of Dubai.

Dubai, to me, looks like shite craic. Alongside the annoyance of rich lads measuring their respective flutes via the means of consumerism – it’s a bit like a trip to the beach, but taken to the extreme – hot, sandy and difficult to get a gargle. Just not the sort of place I’d be prioritising a visit to. The heat is bad, it is but the drink is probably my main concern.

Drink is treated strangely over in Dubai as far as I can ascertain, it’s heavily regulated and you can seemingly be arrested for landing in the country with a few pints in the system. But that said, you can get a scoop over there and it would seem that one of the foremost places to do so is in one of a number of places which are the namesake of this unassuming Smithfield boozer – McGettigan’s. Anecdotally, by drunk men, I’ve been told that this McGettigan’s is the one which got the ball rolling on what could be easily described as an empire of bars, many of which are situated in Dubai. Now we haven’t been able to corroborate that so maybe somebody who knows any better could let us know in the comments.

A one small roomed shop resplendent with dark wood and traditional seating, this pub is, at its essence, a standard cosy local Dublin boozer. It was actually one of the first pubs we posted on instagram when we set up DublinByPub feel free to seek that out and check out an era when the standard of our photos and captions mightn’t have been as carefully considered as they are now.

The pub would seem to have upped its push toward a tourist market of late with plenty of signage about the place advertising their food and drink offerings but that’s not to say it’s still catering to the locals too. The pint purveyed is a grand sup too for which you will expect to part with €4.80 for the pleasure of.

It’s also a more traditional pub given its opening times. Recently I found myself thirsty early-on in the Benburb St. district and McGettigan’s was my only saving grace. It’s nearby neighbours Frank Ryan’s and The Dice Bar leave their staff a decent lie-in, not opening till around 3 or 4.

So you can take your bespoke fancily furnished bars dotted throughout the UAE and beyond. When it comes to us there’s only the one McGettigan’s on the map. And it’s here in Dublin along the Luas line in the united emirates of Smithfield.