Remember back in school and there was always one classmate who had it all. Y’know the type – they’d arrive in at the start of the year having rambled 40 seconds down the road from their nearby palace, as you sat exhausted from your 5-mile hike. They’d regale the scores of friends, all gathered round, with wondrous tales from their epic summer in Disneyland – while you tried to extol the virtues of Tramore to anyone cared enough to listen. They’d take their pristine, polythene covered books from a new branded school bag as you wrestled with the wallpaper clad monstrosities in your generic bargain store sack… You get the idea. 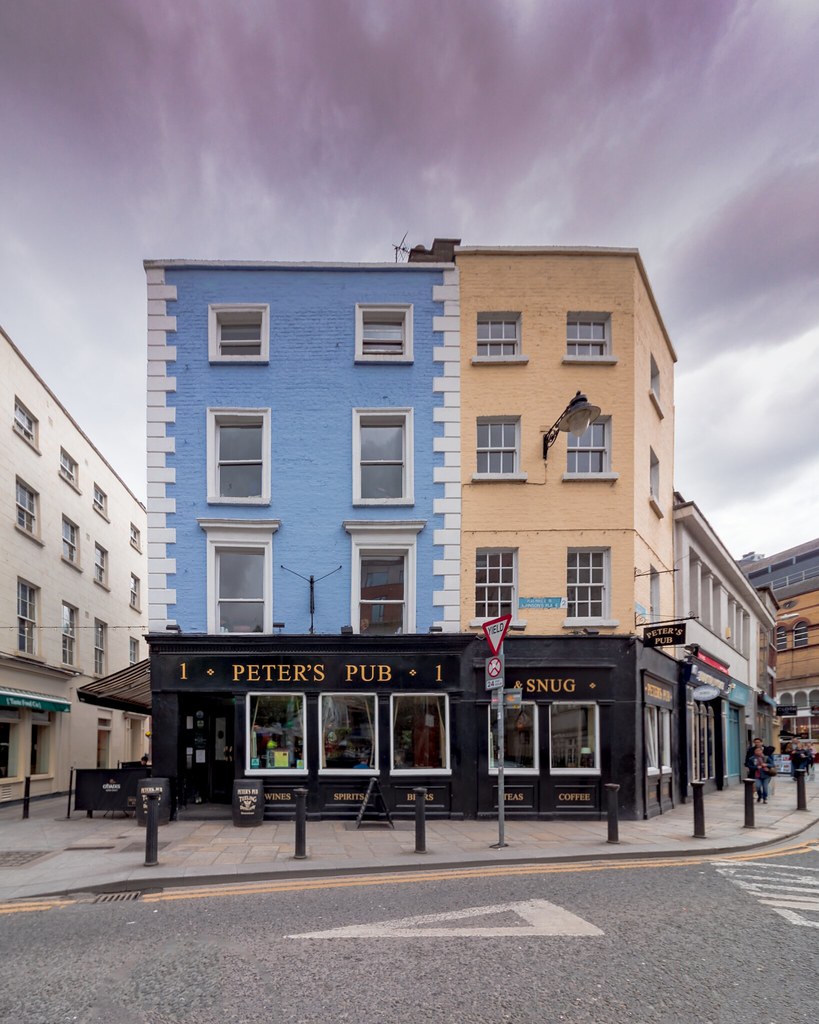 And all in all you never exactly disliked this particular classmate, it’s just that you knew they didn’t appreciate all that they had. Peter’s evokes this same feeling

Peter’s pub sits idyllically along a picturesque vista at the end of South William St. It’s exterior is fairly plain which tallies with its interior which is also without frills giving that it’s another telly-less of the capital’s boozers. On paper, it should be up with the top pubs in town. It isn’t.

The interior of the bar is uncomplicated. White walls offset any darkness of wooden fixtures. The seating is upholstered in an unusual shade of blue. In total it’s not harsh on the eyes, although some of the lads did find the white to be a touch austere and the lighting to be too bright.

Now, the craic! To convey the extent of how craicless this place was upon our visit, one should think of an atmosphere so sterile that you could manufacture pharmaceuticals in it. But not to worry, surely the pint will make up for all these misgivings I hear you wonder. No such luck. Previous readers will know about our grievances when it comes to paying over €5 for a jar of stout, and yes – we’re begrudgingly coming to realise that a 5 quid note just won’t cut it in many central establishments but to pay €5, jaysis 40 for a bitter, almost headless pint is unforgivable.

Peter’s is a tough one to take. If it was a kip one could simply write it off and forget about it. But to see so much potential so fully wasted is almost torturous.