It was a few weeks back that I’d let go of that last vague mumbling thought that I might catch the last bus home and left it up to the gods to decide whether I’d make it into work the next day or not. I was seven or so pints into an ill-advised school night session and I’d just returned back to our table from the bar, empty handed. The lads were none too impressed. 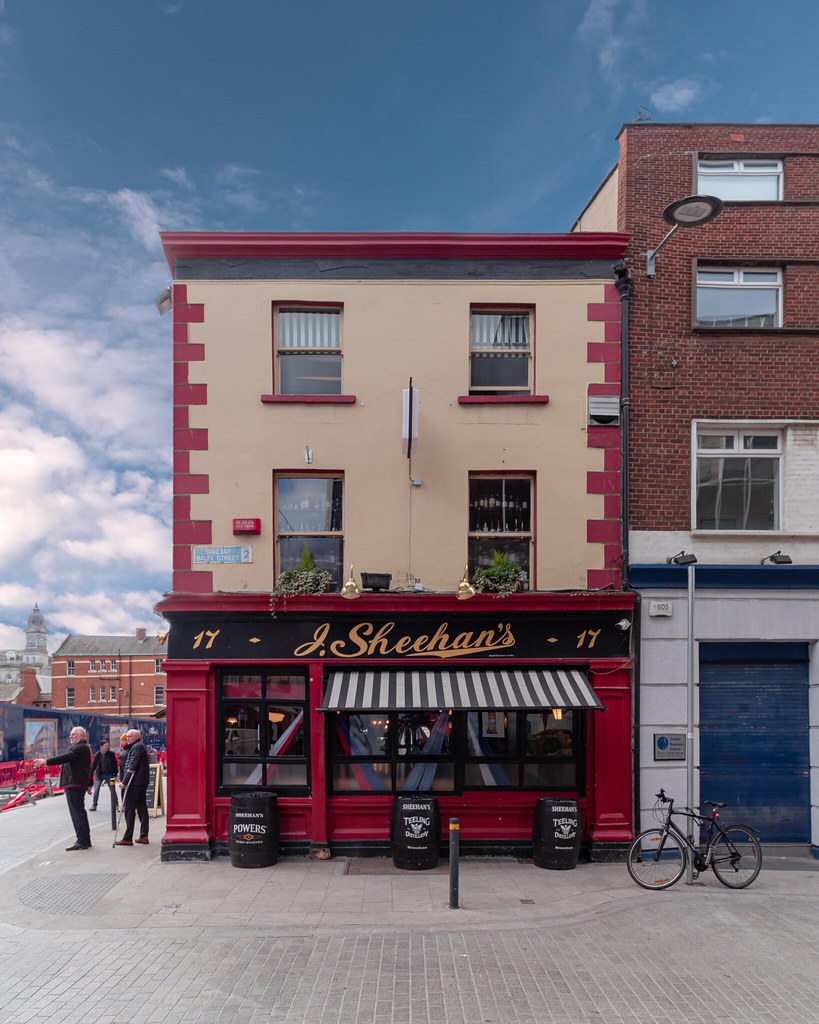 Explaining that the barman had taken ownership of the delivery of the pints to the table I inadvertently provided the topic for our first discussion within the confines of Sheehan’s of Chatham Street – whether the utterance of the words ‘I’ll drop them down to ya’ from the person behind the bar is something that you like or dislike hearing.

So the lads, Pintman №2 and №5, are in plenty of argumentative form on this particular evening and it doesn’t take them long to chime in with their own opinions on the subject. Unsurprisingly enough both of their standings are directly opposed to my own. Unbalanced and prone to spillage as I am, I’m entirely for the motion at hand – help is always appreciated. So long as it comes in good time!

The lads though aren’t of the same opinion. A round to them, as it turns out, is sacred. A time honoured ritual that drinkers have participated in since the beginning of time. This pact is revered by the lads to such a degree that their guardianship of the pints involved in their own round is something they speak of as if it were on par with the weight of responsibility Tolkien foisted upon Frodo to get the one ring back to Mordor. And woe betide any bar staff who should seek to interfere with this.

But my opinion isn’t to be changed on this occasion and as I reveal the pub’s staggering €5.70 price tag on a pint of Guinness, I tell the lads that for that price, I’m not only expecting them to be delivered to the table but to also be done so by someone in the nip, doing a little dance. Thankfully no debate is warranted from this statement – there is unanimity around the table on the motion of €5.70 being an exorbitant price for a pint. It’s even suggested that it may be the reason as to why there isn’t anyone other than us three fuckin eejits in such a nice and centrally located pub of a midweek summer’s evening.

It’s all a bit of a shame really because Sheehan’s is a pub I could easily come to like, maybe even love – with just a few minor tweaks. Obviously, the price of the jar will need to come down to a figure in line with the wage of the common person – that’s a given. Then we’ll need to sort out the lingering bang of grub that seems to perpetually hang about the air in the place.

But with those said, we should also say that there’s plenty we wouldn’t change about the pub. From our research, we note that it’s in family ownership – and has apparently been so since the thirties! That’s always a great trait for a pub to have. It also needs to be considered that the pub is a fine looking shop altogether. Small to medium in size – its mild wooden tones set out the pub’s mellow palette, exposed brick and dividers tie in with this to bring the whole space together. And it comes together nicely. The seats are comfy, the lighting is perfect and the layout is spot on. If we were somehow gifted the pub in the morning we wouldn’t change so much as a splinter sticking out of a floorboard.

We’re sorry to have to repeat ourselves here by speaking of shame once again but it is a shame that this pub isn’t one of the greats. A crying shame! Even when you consider the legendary institutions within the vicinity, this, we believe, is a pub that has the making of something fantastic. It’s a premises that could be easily be standing on the shoulders of the nearby giants of the Dublin pub landscape, but unfortunately – as of now – it’s not even fit to lick their boots.