Mainly for the fear of joining that easily-offended, ever-moaning subset of the public who believe in the one true lord and saviour – Joe Duffy, we decided we wouldn’t. But when we first visited T O’Brennan’s we had considered lodging a complaint about some of their signage with the Advertising Standards Authority of Ireland. 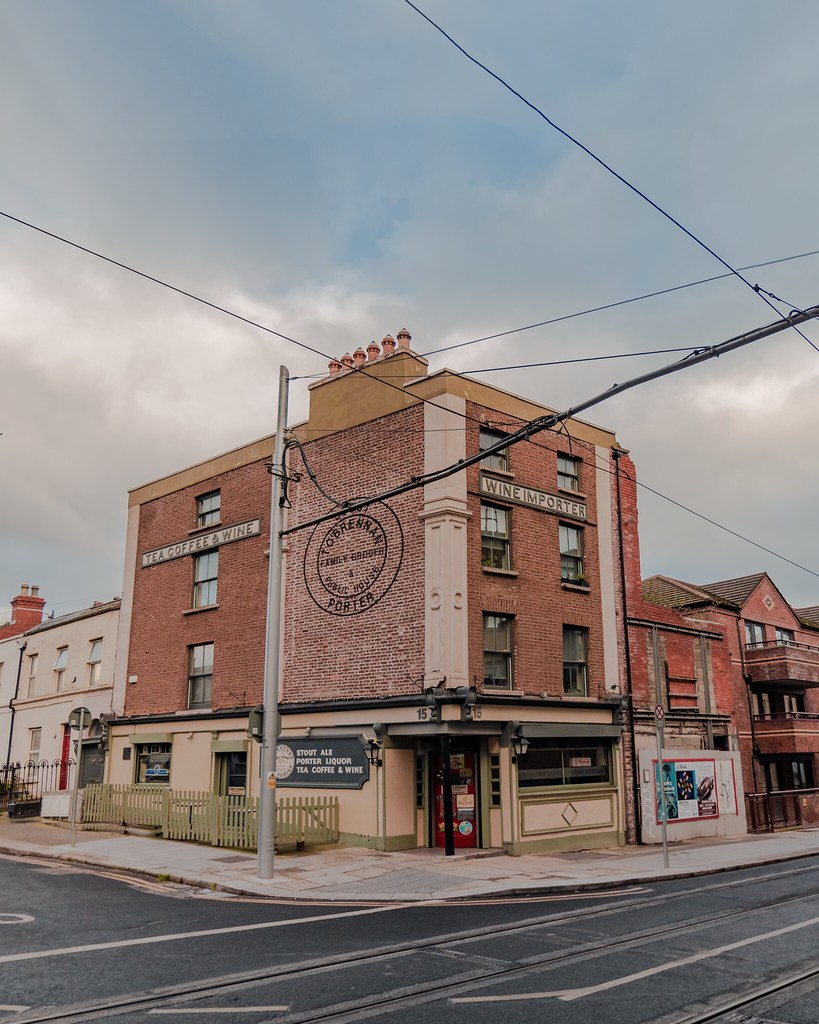 If you ever find yourself in or around the area within which this pub is situated, we strongly urge you to go and check it out – Its renovated facade is a thing of wonder. Harkening back to humbler times, its perfectly-rejuvenated red brick and carefully restored signage really is a feast for the eyes, especially when you consider how the building looked only a few years ago (pictured, cr: Google). 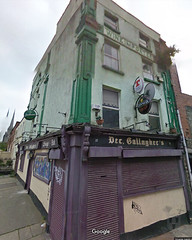 When we approached T O’Brennan’s for the first time with the intention of entering and having a drink, we were feeling all the better of about four or five pints of your ordinary, run of the mill, nitrogenated, Dublin brewed, draught-stout. And having found ourselves in this particular drinking rhythm – our intention, though unspoken at the time, was to carry on consuming this very same beverage. So when we drew closer to the pub and observed a large oval-shaped sign bearing the brand name of our preferred purveyor of stout, we figured that we had no cause to suspect that we would encounter any interruption to the drinking pattern we had established on this sunny summer’s evening. But when we came to order a few pints here, suffice it to say that we were a little disappointed.

The sign which we mention above (pictured, cr: Google) is placed upon the west-facing end of the building at ground level and is one which replicates an old Guinness bottle label. Prior to the 1960s, it was common practice for Guinness to be bottled by the seller rather than the brewer – bottles which would be kept and reused in-house would be adorned with labels supplied to the publican by Guinness, these would generally include the name of the pub, or its owner, or both. 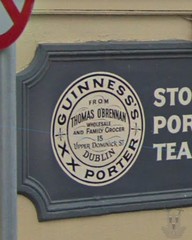 Thinking about the sign in the last while, we’d thought that maybe the new owners had revived a name which was previously attributed to the pub and that the sign depicted one of these old labels. After a bit of digging, we found that the building was in use as a public house during the ‘bottling era’ but couldn’t seem to come across anything mentioning the current name. Then we struck gold. We found an image of an actual label used by the publican, Patrick Leavey, who was the man behind the taps in the pub way back when. And wouldn’t it be fitting enough that we found it on The Beer Nut’s Twitter feed, The Beer Nut is an extremely knowledgeable beer blogger (check out the blog here!) whom we once had the pleasure of having a few pints with… inside the walls of St. James’ Gate! We’ve shamelessly knicked the image in question (pictured), and we’re pretty satisfied that this is the one that the sign is likely based upon.

When we finally did temper our expectations for what we could drink in here and decided against making a complaint to the ASAI we opted for two pints of Porterhouse stout. Pintman №2, a man whose tongue’s ability for mockery and mimicry far outweighs its capacity for discerning the flavour profiles of malt or roasted barley, denounced his beverage as being too ‘coffee-ish’ – a complaint he makes about every craft stout he encounters. I eventually came around to enjoy the drink after my taste-buds managed to acclimatise themselves.

A small one-roomed pub, T O’Brennan’s is easily the cosiest of any craft beer pub we’ve set foot in. Its use of more traditional pub furniture sets it apart from its contemporary craft beer houses, which tend to favour furniture rooted in aesthetic over comfort each time. The decor is most certainly craft-beer centric with metal signs depicting a wide array of breweries taking up much of the wall-space, these were noted as having been effected in a more mindful manner than that of other such pubs around town. Navy blue upholstery blends nicely with the dark wooden bar and floors, while white and blue upon the top and the bottom half of the walls lightens the space well. The drink, as one would expect from a craft beer boozer, is varied and plentiful. There also seemed to be a good variety of the stronger stuff on the back of the bar, most noticeable being the gin. 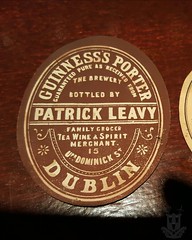 On this visit, we just had the one pint and thumbed through a few books with photos of old Dublin which we found on the shelves behind us. As I perused the black and white images of poorer people of yore, I came to contextualise my first world problems with reference to the deprivation that was once commonplace in the tenements of Dublin and indeed Dominick Street. So I threw another mouthful back and listened to the bells of the passing tram wane, and as a warm summer’s breeze swept through the pub I felt contented with my lot – so much so that I turned to Pintman №2 and said – ‘It’s not so bad is it?’

I’ll certainly darken the door of T O Brennan’s again. Pintman №2, on the other hand, might take a bit of convincing.