Do you ever find that in our modern existence, where our surroundings are becoming more and more homogenised in the pursuit of commercialisation that you can lose touch with things of substance? – Things like history and culture! As you take a wander up Thomas St. and witness the encroaching trends of burrito and donut shops that pop up in identical guises to their sister outlets it can become all too easy to forget just how old Dublin actually is. 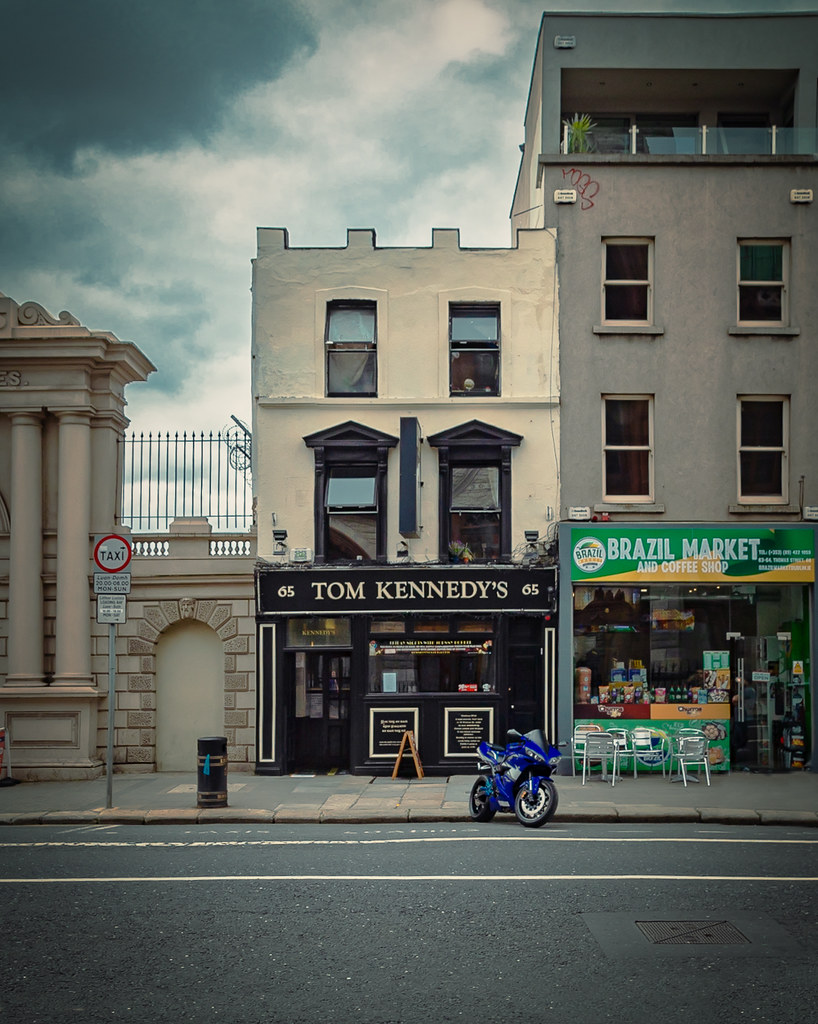 Thankfully there are things that can reconnect us to our past, these can come in the guise of a grandmother shouting about cheap detergent on her metal stall, or for us they can come in the form of reading that a pub on this same street – namely Tom Kennedy’s, is one that is contained within a building that has had a presence upon Thomas Street since somewhere in or around the 1750s, an attribute that is put into context with ease when you consider that The Yanks only declared independence from The Brits in 1776.

It’s said that Wolfe Tone may have been waked here in number 65 Thomas St, and if there’s any truth in that, it could be argued that this building has been accommodating functions for longer than most others in the city because when we arrived into the pub last we were greeted with banners and balloons aplenty denoting not that a revolutionary had been executed, but rather that Jessica was 21.

Walking into this community-warmed local of a summer evening we found ourselves welcomed into the fold without the degree of scrutiny that you might find yourself under in some other shops – as we settled into a few high stools at the front of the bar we couldn’t but be charmed at how the place was abuzz with a warmth that felt akin to something from a Roddy Doyle novel.

A long and narrow pub –it’s one that boasts all the character that a 260 year old should. The seating is mostly cosy – long comfy couches sit you a short distance from the ground in a span that runs parallel to the bar. A handful of high stools sit toward the front of the room ahead of those found at the bar too.

The walls leave no uncertainties as to the city within which you are drinking – framed images of all things Dublin are a recurring theme. Panelling coloured in creamy tones make up the upper half of the wall space encountered upon entrance and overall the pub is more brightly lit than is to our preference, but not to a degree that warrants any negative commentary on our part. Opening up toward the back there is a raised section upon which sat a DJ who was blasting numerous ladies of the liberties with contemporary floor fillers as they loaded up on cocktail sausages.

The pint is as is hoped for in these sort of local boozers – having two of the modern Guinness drinker’s most sought after features: creaminess and a price tag south of the fiver mark. We drank a couple confirming the consistency too.

There’s no real negative critique we could offer on Tom Kennedy’s here. We found an old article on a theliberty.ie from 2013 where the owner was expressing concerns about the future of the pub and lamenting the demise of other local ones that were shutting up shop back then. Five years on we can only hope that he sees things a little more optimistically. The craic we had in here last summer would lead us to believe he should.